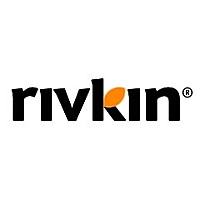 Make or break time for Europe [Video] The 22nd of January 2015 could have gone down in history as the moment when Europe failed to save itself. However, late in the evening after the European Central Bank's Governing Council had ruled a line under its first policy meeting for the year, agreement emerged to bring about a fresh round of quantitative easing to attempt to halt the economic decline of the European Union. What does this mean? It means that Europe's central bank will begin buying bonds at the rate of 60 billion euro per month for at least 18 months, which will encourage lending in Europe and hopefully motivate consumers, corporations and investors to put their money to work and fire up the economy. In this video, CEO Scott Schuberg Global Investment Manager Timothy Radford discuss this event as well as many peripheral markets that will be affected by the actions taken. (VIEW LINK)

Rivkin helps investors and traders fund better lifestyles through advice, dealing, SMSF administration and managed investment services. We've been the trusted source of general investment advice to thousands of investors for over 16...

Get investment ideas from Rivkin Securities when you sign up to Livewire Markets.