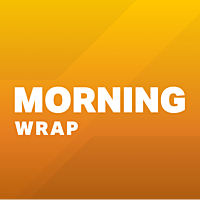 Tonight we have US core Producer Prices and US consumer sentiment.  A pretty important night in terms of data releases but really the entree into next week's all-important CPI data.

US Consumer Sentiment is set to show a downbeat mood among shoppers. The index came in at a low level of 56.8 points in November, and economists expect another slide to 53.3 in the preliminary read for December.

Looking ahead to next week's CPI print, this data series continues to have far-reaching impacts on the Fed's rate decisions, and this print will be no less important to the US economic narrative. This inflation report will be released just as the Fed meets to set interest rates, with an interest rate decision coming the next day. Suffice to say, next week will be a big week on the macro front.

Today's chart comes from BNP Paribas, via MarketWatch. BNP Paribas recently released some research on 100 years of market crashes, to better understand the depth and length of a typical market fall.

The BNP Paribas team are expecting a capitulation event next year. “This would be a departure from the current bear market regime, which has been characterized by a grind lower in equities as P/E multiples have contracted,” they say.

I am incredibly fortunate in my role at Livewire in that I get to talk to many highly intelligent market professionals. And almost to a person over the past few weeks, the comment around the XJO has been something along the lines of "I'm not sure why it's up so high given where inflation sits and the probability of a recession in the US". I guess many people realised that the party couldn't continue at the same pace, and that appears to have manifested itself over the past week, with the S&P 500 posting its longest stretch of losses to begin a month since 2011, and the XJO rolling over from near 7400, to sub-7200.

From here, there are two major levels technical levels of note as we hurtle into the end of the year. 7600 sits above the market, was the ultimate resistance. If we are sitting anywhere near that level but the end of the year/early Jan, I think we would all accept it as a solid result.  The other key level is 7140 - the swing high from August and not far below the current market price. Ideally, the bulls will defend this level if and when tested. If they don't, we would find ourselves back in the muck that bound the market from January-June, and likely be in for another long, sideways grind.

Today's stocks to watch come from the good people over at Morgans, who have put (BHP Group ASX: BHP) and (Rio Tinto ASX: RIO) through their paces.

And Morgan's are pulling the reigns on both, downgrading them from add to HOLD. The team notes that whilst there are stable fundamentals in the iron ore markets, all the upside - particularly concerning China reopening - has already been priced in. The comment being that sentiment towards China has been rising over the last month on signals for an easing in covid restrictions and stimulus measures for the property market.

........
Livewire gives readers access to information and educational content provided by financial services professionals and companies ("Livewire Contributors"). Livewire does not operate under an Australian financial services licence and relies on the exemption available under section 911A(2)(eb) of the Corporations Act 2001 (Cth) in respect of any advice given. Any advice on this site is general in nature and does not take into consideration your objectives, financial situation or needs. Before making a decision, please consider these and any relevant Product Disclosure Statement. Livewire has commercial relationships with some Livewire Contributors.
save