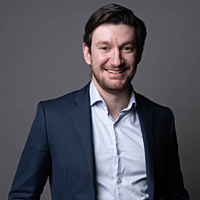 You’ve probably heard of one of the most successful financial innovations of modern times: Exchange Traded Funds (ETFs). But did you know they’ve grown at a faster rate than the number of social media users over the last 10 years?

BetaShares's Megatrends series dives into the powerful forces that shape our world, how they work, their history, their growth, and how people like you and me can get access to a little piece of them.

This video was presented and produced by Benjamin Smith, Video and Content Executive at BetaShares.

If you clicked on this video, you've probably heard of arguably the most successful financial innovation of modern times.

But did you know they were invented by a physicist? Did you know that the pioneer of the passive managed fund was initially sceptical of ETFs? And did you know that in the last decade, ETFs have been adopted by investors faster than the adoption of social media?

Look at this graph. On an annualised basis, ETF assets under management have seen faster growth than US eCommerce sales; social media adoption and smartphone sales.

How is it that something as dull sounding as an ETF, outgrew the likes of Facebook and Twitter? How is it that we have reached a point where 10% of global funds under management are carried within this investment vehicle?

In this series, we'll dive into the mega trends that are shaping our world: how they work; their history; their growth and how people like you and me can get access to a little piece of them. For the first episode, we don't think there's anything better than covering the mega trend that we are most interested and involved in, Exchange Traded Funds.

Our story begins with one of the worst market crashes in history.

Well, the law of gravity hit Wall Street today and financial markets around the world for that matter.

The panic starting in Tokyo this morning, while the West slept.

Suddenly it was a free fall.

Everybody were try to find a bottom.

But it only got worse. As trading brokers struggle to cope with a blizzard of sell orders.

Everything that happened today should shake us up.

Stocks in the US had grown rapidly over the five years prior to October 1987 and were due for a correction. But the effects of the crash in share prices were multiplied by the advent of institutional programme trading, computerised trading systems that would sell stocks automatically once they reached a certain price. As stocks began to fall, programme trading caused a cascading effect on share prices. At the end of the carnage, the S&P 500 had fallen by 23% in a single day.

So as a response, the Securities Exchange Commission wrote this 840 page report entitled "The October 1987 Market Break". I haven't read this report because well, it's 800 pages long, but the key takeaway is that it ends with suggestions as to how events like Black Monday could be prevented in the future.

The SEC suggested a market for basket trading that would cushion individual stocks from volatility caused by programme activity. Enter Nate Most and Steven Bloom, product developers at a lagging stock exchange, the AMEX. AMEX has a problem. It's losing market share to its two peers, the New York Stock Exchange and the NASDAQ Exchange. So, to boost traded volume on the Amex, Most and Bloom start tinkering with a product that might help solve the SEC's problem. A basket of securities that could help alleviate liquidity issues in times of high volatility; a managed fund that could be traded like a stock.

It's probably worth talking a bit about why there was an actual need for ETFs. Why not just use managed funds or futures contracts? Think about it this way, the ETF is like a convenient wrapper, like a bar of chocolate has a wrapper that allows you to easily transfer it between people. The ETF wrapper allows investors to transfer units in a managed fund more conveniently than a traditional unlisted structure.

Trading units in an unlisted fund can be like passing around a chocolate bar without a wrapper. There are fees behind each trade. There's this administration burden every time you transact. It's messy, chocolate gets everywhere. You don't want that. What you want is a chocolate bar in a wrapper an ETF wrapper prevents many of the costs associated with transacting managed fund units. Administration is handled by an exchange; trading costs stay low and the chocolate bar can be conveniently bought or sold.

The ETF wrapper also has another benefit. It provides liquidity for programme trading and investors without having that same volatile impact on individual stocks. It sounded like a viable solution to the SEC's problem.

So Most and Bloom have this new ETF wrapper that they want to launch on the AMEX, but there's a few hurdles. The SEC has strict mandates on new products that could be registered on exchanges and AMEX also had to partner with a fund manager, someone who could run the day to day operations of the ETF, the legendary inventor of the index fund, Vanguard's Jack Bogle was one of the first prospective partners for the launch of the first ETF. Although, he wasn't initially a fan.

And I said, however, Nathan, Mr. Most, Nate, the proposal you sent me last week, doesn't work. It has these three flaws and you are going have to get them fixed before you can ever do anything with it. The way he told me the story later was he got back on the train and fixed the three things, and got on the next train to State Street.

Alongside fund manager, State Street Global Advisors, AMEX created America's first ETF, the S&P Depository Receipt, which tracked the basket of stocks listed in the US, the S&P 500. With the Ticker SPY the first ETF was dubbed "the spider" with the launch of the SPY the modern innovation of the Exchange Traded Fund was born.

The benefits of ETFs weren't evident to everyone immediately. Institutional investors were the initial supporters. Eventually though, retail investors got in on the trend. ETFs were low cost, they were highly liquid and they were an alternative to actively managed funds. In its first year, 1993, the SPY traded $53 million. In the next year, $102 million. By 1996, $229 million were being traded.

But here's what really turned this niche financial structure into a mega trend, because it's not like the S&P 500 was the only index you could turn into an ETF: gold; US dollars; bonds; technology stocks; other ETFs and that's where ETF launches stopped being innovation driven and instead started to become demand driven.

2002 marked the first ETF that held bonds instead of stocks with the ticker LQD. ETF exposures became even broader when a gold ETF was launched in 2003. The first leveraged ETF was launched in 2006, which leads us to the shores of Australia. Beta shares was incorporated in 2009 with the sole goal of providing investors with intelligent solutions that helped broaden the investment possibilities for Australian investors. We launched our first ETF on the ASX in 2010 and since then the Australian ETF market cap has grown to $131 billion.

Today, we exist in what could be called the golden age of ETFs. More and more asset classes are being wrapped up in ETFs, including cryptocurrencies; precious metals; real estate. There are currently over 8,500 ETFs globally, with over 290 of them quoted on the ASX and tradeable by people, just like you and me, on brokerage platforms offered to Australian investors.

Just like any successful innovation of the past hundred years, ETFs are a way to offer people an improvement on existing solutions and the rapid growth of these financial instruments, as well as their staying power over the last quarter century, is a Testament to their status as a mega trend.

Thanks for watching this video. If you enjoyed it and learned something new, please subscribe to our channel or even visit our website at betashares.com.au.

We'll see you next time.

If you enjoyed this wire, don't forget to give it a 'like' or leave a comment. To be the first to read my insights, hit the follow button below.

Trusted by hundreds of thousands of Australian investors, BetaShares offers cost-effective, simple, and liquid access to the broadest range of ETF investment solutions available on the ASX, covering almost every asset class and investment strategy.

........
Important This video has been prepared by BetaShares Capital Limited (ACN 139 566 868, AFSL 341181) (“BetaShares”), the issuer of the BetaShares Funds. It contains general information only and does not take into account the individual circumstances, financial objectives or needs of any investor. Before making an investment decision, investors should consider their circumstances, the Product Disclosure Statement (“PDS”) for the relevant financial product, and obtain professional advice. The PDSs and Target Market Determinations (“TMDs”) for BetaShares Funds are available at www.betashares.com.au. This information is not a recommendation or offer to invest in BetaShares Funds or any other financial product or to adopt any particular investment strategy. An investment in any BetaShares Fund is subject to investment risk and the value of units may go down as well as up. Any past performance shown is not an indication of future performance. Future results and events are impossible to predict. This video may include opinions, views, estimates and other forward-looking statements which are, by their very nature, subject to various risks and uncertainties. Actual results or events may differ materially, positively or negatively, from those reflected or contemplated in such forward-looking statements. Any opinions expressed are not necessarily those of BetaShares and are subject to change without notice. To the extent permitted by law, BetaShares accepts no liability for any loss arising from reliance on the information herein. In preparing this information, BetaShares has relied on, without verification, data sourced from external parties. BetaShares does not warrant the accuracy or completeness of this information.
save

Patrick is the Content Director at BetaShares where he leads the content vertical and drives content strategy. He has 16 years of finance and financial media experience with past roles at Livewire, netwealth, Link Group, and others.