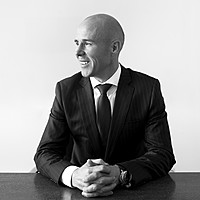 
In this episode of Inside the Rope, Michael Traill joins David to discuss his career and path into investing for purpose. They discuss Michael's involvement in several investments, including ABC Learning Centres (Now Goodstart Early Learning) that went into liquidation in 2008, as well as the social impacts that were derived from these investments.

Prior to this role, Michael spent 15 years as a co-founder and executive director of Macquarie Bank's private equity arm, Macquarie Direct Investment. In his time there, Michael invested in 43 businesses, generating a gross rate of return of 32.3%.

If you're enjoying Inside the Rope and don't want to miss a future episode, click 'follow' below to get notified when a new episode is released.

........
This research note has been prepared without consideration of any client's investment objectives, financial situation or needs. Before acting on any advice in this document, Koda Capital Pty Ltd recommends that you consider whether this is appropriate for your circumstances. While this document is based on the information from sources which are considered reliable, Koda Capital Pty Ltd, its directors, employees and consultants do not represent, warrant or guarantee, expressly or impliedly, that the information contained in this document is complete or accurate. Koda does not accept any responsibility to inform you of any matter that subsequently comes to its notice, which may affect any of the information contained in this document. © Copyright Koda Capital 2020 | AFSL: 452 581 | ABN: 65 166 491 961 | www.kodacapital.com
save

David Clark is an Adviser & Partner at Koda Capital. In his podcast ‘Inside the Rope’, David interviews some of the leading minds in wealth management.

Get investment ideas from David Clark when you sign up to Livewire Markets.