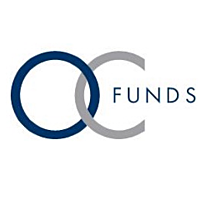 Monash IVF long term outlook remains positive. Reproductive services business, Monash IVF, was down 11.8% for the month after underwhelming the market with an update on conditions at its AGM in late October. Monash cited general softness in the market and announced that Q1 cycle growth was negative 3.7% versus market expectations of 3-4% cycle growth per annum. Monash also cited market share losses in South Australia, where a rebound since a competitor stopped bulk-billing has taken longer than expected. Monash went on to comment that new patient registrations/conversions across the business have strengthened recently and are in-line with prospectus forecasts for the rest of the year. Despite the set-back, the stock looks cheap given the longer term earnings outlook and currently trades on a FY15 PE of 13 times and a fully franked yield of 5%.

OC Funds Management (OC) is a boutique small cap specialist which was founded by its investment staff and non-executive directors. OC commenced operated in December 2000 with the launch of two long only small cap Australian equity funds, the OC...

Get investment ideas from OC Funds Management when you sign up to Livewire Markets.