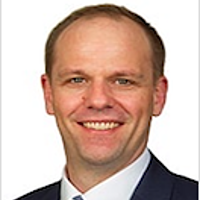 As our crammed buses, ailing trains and clogged roads suggest, Australian cities have failed to invest at a rate consistent with our population growth. In 1998, Sydney had a population of 3.95 million. Twenty years later that figure had increased by 33%, to 5.26m. In Melbourne the rate of growth has been even faster.

Demographer Bernard Salt claims Melbourne “is the fourth-largest developed city on the planet today”. By 2026 it is expected to overtake Sydney as Australia’s most populous city. That presents a challenge to policymakers.

“If we don’t invest and continue with this rate of growth, then we collapse under our own weight”.

Voting with their feet

Some major city residents have already made up their own minds about that prospect. Fed up with out-of-reach property prices, endless commutes and the sense that things will only get worse, they’re voting with their feet, moving to regional cities within easy reach of major centres but with a lifestyle and affordability more to their liking.

The fortunes of Newcastle, a former industrial city north of Sydney, illustrate the scope of the opportunity.

As the crow flies, Newcastle is just 160km north of Sydney, with good transport links via freeway and rail. With spectacular beaches that reach deep into the city and lakes and national parks within a short, usually traffic-free drive, a 1-bedroom city centre unit can be purchased for less than $400,000 (1).

From there, you can walk to work, via a host of high quality cafes, to a new, A-grade office development on the river. Or you could catch the tram.

Prepared to live a little further out in exchange for a decent-sized house? No problem. As of October 2018, Newcastle’s median house price was just $598,000. Either option must sound wonderful to Sydney residents stuck in traffic on the M2, grumbling about tolls or queuing on over-crowded station platforms.

Newcastle’s population may not be growing at the same rate as Sydney’s – new migrants favour Australia’s two largest cities by some margin – but since 2011 it has increased by 13% to 442,000 (2). Most are escapees from nearby Sydney seeking a change of pace, better value property and fewer wasted hours stuck behind the wheel of a car.

The net result is a demographic picture quite at odds with the city’s industrial past. The Hunter region, with Newcastle at its core, is home to 651,000 people (3) with a median family income of $1,778 per week (4). The area has a median age of 37 years and 37.2% of the population are professionals and managers.

This is a region about much more than coal and wine, a fact recognised by the NSW government, which has committed $650 million to revitalise the city centre.

The scale of the development, already in evidence on the river foreshore, is impressive. The already-opened Newcastle Interchange takes heavy rail out of the city centre and replaces it with light rail, opening a new development corridor for the city.

This will feature two new university campuses, one from Nihon University of Japan, the other a $95 million development by University of Newcastle. Many more commercial and residential developments, predominantly centred around the Honeysuckle precinct and Newcastle West, have either already been completed or soon will be.

The result, says Colliers International, is a “CBD being transformed with education, residential, commercial and retail development, complemented by attractive open public spaces”.

The effect of these developments on the city’s office market can be seen in this chart:

It’s testament to the city’s attractions that the increasing supply of A-grade office developments hasn’t led to over-supply.

When compared against Sydney, there’s good reason why Newcastle is becoming more attractive as an A-Grade commercial property destination with the cost of locating a business being well below it’s big city neighbour as highlighted in the below table.

“The ability to attract and retain staff has been enhanced as a consequence of the initiatives of the Revitalising Newcastle program, which is anticipated to attract increased demand for A Grade stock as Newcastle becomes a viable alternative to other markets for expansion or back-of-house operations for national/global companies” says Colliers Peter Macadam.

Newcastle’s resurgence isn’t a new story but it is one that’s gaining momentum.

The point, however, is of a general rather than a particular nature. Australia’s leading regional cities are undergoing a renaissance and governments are cottoning on, funding regeneration projects and talking up the possibilities of high speed rail to release development pressures in state capitals.

Only recently, the NSW government announced four possible fast rail routes, one of which would could slash travel times from Newcastle to Sydney by up to 75%. The Victorian and Queensland Governments are considering similar projects for the same reasons.

As NSW Premier Gladys Berejiklian has said, “We need to make it easier for people to consider moving to regional NSW and there is no better way to do that than building a fast rail network.”

Cheaper house prices certainly help – Newcastle’s median house price is about 25% below that of Sydney’s (5) – but fast regional rail would bring cities like Ballarat, Newcastle and the Sunshine Coast within striking distance of many more capital city commuters.

If you haven’t yet investigated the possibilities, maybe it’s time you did.

Disclaimer: This article has been prepared by APN Funds Management Limited (ACN 080 674 479, AFSL No. 237500) for general information purposes only and without taking your objectives, financial situation or needs into account.

Get investment ideas from Tom Forrest when you sign up to Livewire Markets.