No Europe trip, but investors can still get their Euro fix 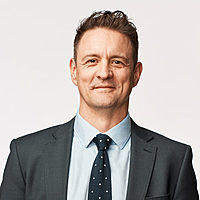 Australian income investors have experienced a remarkable turn-round in recent months when it comes to dividends. After a weak 2020, the first three months of 2021 have seen a 23% increase in dividend payouts across the ASX 300.

The Australian resurgence has been led by large increases from the miners - RIO, BHP and Fortescue Metals - while Australian bank dividends are on the rise, evidenced earlier this week when Westpac released its half-year results.

Investing in equities in the lucky country has no doubt been rewarding for income-seekers. But the opportunities beyond our shores shouldn’t be ignored for those looking to diversify their income.

Global dividends are on the rise too.

Plato's latest Global Income Report, shows developed market companies paid out A$447bn in Q1, while the number of companies cutting to zero (9%) has fallen substantially when compared the previous quarters, and is more in line with the long-term average.

In local currency terms income from developed word markets grew substantially in Q1 2021 – up 15.1% quarter-on-quarter, reflecting improvement in most economies. However, a strong Aussie dollar over this period resulted in dividends remaining at a similar level when converted into AUD for domestic investors.

Some of the biggest improvers contributing to the European dividend increase include HSBC Holdings and ING Groep.

Driven by Scandinavia, European equities have emerged strongest when it comes to dividend income. In some European countries, dividends more than doubled, albeit from a small dollar base. The larger increases in local currency term were in Finland +216%, Italy +166% and Norway +101%.

North American dividends increased 4% but fell -12% during the quarter when converted into Australian dollars after a fall in the U.S. dollar.

Just under half (47%) of US companies that pay dividends increased or initiated in Q1 (v Q1 2020), versus under a third that remained unchanged. 49% of US companies paid out a dividend in Q1.

What’s the outlook for global income?

As the challenges to companies from the Coronavirus become clearer, our model predicts fewer stocks cutting dividends. After the May 2020 high of almost 30%, our probability forecast has continued to fall.

We currently predict the chance of global developed market dividends being cut further is below the long-term average of 12%.

For investors looking to diversify their dividend income, the outlook globally is certainly brightening. However, given the fluid environment it is important to look forwards rather than backwards.

Have you considered diversifying your equity income portfolio?

Discover more about the Plato Global Shares Income Fund here or keep up to date with Plato Investment Management on Linkedin.

Daniel is lead manager for the Plato Global Shares Income Fund and Global Low Carbon Fund. Daniel is the chair of the Plato ESG Committee. Prior to joining Plato he was a Portfolio Manager at Realindex Investments, responsible for global equity...

Get investment ideas from Dan Pennell when you sign up to Livewire Markets.