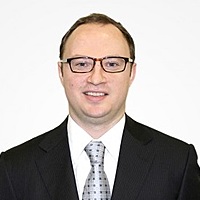 Marc Andreessen, founder of famed venture capital firm Andreessen Horowitz and co-author of the world’s first widely used web browser, believes there are “only two ways to make money in business: One is to bundle; the other is unbundle.” The US cable industry excelled at bundling, delivering incredible monopoly profits to shareholders. Now it’s being unbundled by – you guessed it – new kinds of bundles.

For investors, the collapse of old business models and the establishment of new ones is an opportunity and a threat. But most of all it offers a real-life insight into capitalism’s chrysalis and butterfly effect, illustrating how old businesses fail and new ones emerge.

Cable providers – the US equivalent of Foxtel – controlled the physical delivery of television into US homes. The cable channels – the companies that produce the content – rode piggyback, earning a fee from the providers for each household that received the feed.

The cable providers could have charged viewers US$40 a month for the five channels they actually wanted to watch. Instead, they bundled, charging US$100 for the five channels viewers wanted plus dozens more of those they didn’t. The result was that consumers ended up, in the words of Bruce Springsteen, with "57 channels (and nothing on)"

It was an absurdly profitable business model, one endured by consumers just as long as the cost of the cable bill did not overwhelm the budget. And even if it did, the choice was to either pay up or not get cable at all.

Then came the unbundling. The Internet offered a new way of getting TV and video into the home via services such as Netflix, Sling TV, Hulu and Google TV. Offering customers more control over the content they watched and the prices they paid for it, consumers began “cutting the cord” of cable TV in favour of subscription services.

After living high on the hog of bundling, big cable responded exactly as you’d expect – it started to offer streamlined (skinny) packages with fewer channels at lower prices, but only because they had to. Over the last three years, the industry had shed 5.6 million subscribers. When your business model is at risk and the salad days are over, you have to do something, right, even if it means making less money?

This poses a fascinating question: what happens to that long tail of terrible cable TV programming if customers end up cherry-picking only what they want?

Philo Entertainment, a recently announced streaming service in the US, may offer us a clue as to what this means for Big Cable.

Philo has cobbled together a less popular selection of cable TV channels for the bargain price of US$16 per month. One of its higher profile channels, AMC, currently reaches 90 million US subscribers via traditional pay TV, earning a fee of about US$0.50 per customer per month. That’s about US$540m in annual revenue (excluding advertising).

But AMC averages just 550,000 daily viewers. This does not mean that 89 million people have little interest in the network. Its highest rated show, The Walking Dead, hit a peak of 17 million viewers. Latent demand certainly exists.

But as the traditional pay TV  bundle disappears, viewers are getting more control over which channels they pay for and which they don’t. If its 90 million subscribers were allowed to choose, the number of people actually willing to pay just for AMC would likely fall to perhaps 17 million, and maybe even less.

If AMC found 10 million paying viewers it would need to charge almost $5 a month just to hold revenue steady. That’s 10 times what cable companies pay AMC per subscriber right now. You might call it a tricky transition.

For years, cable’s most popular channels have effectively subsidised a long tail of sub-par cable networks. That safety net is now falling apart. Philo offers a peek into the intensity of fandom at the second tier networks, delivering an indication of whether companies like AMC and Viacom can make it through.

My guess is they’ll struggle. The original bundlers are being unbundled with cheaper, more attractive bundles. One business model is being replaced by another. Making the shift from one to the other, as Fairfax has found, is tricky. Companies like AMC Networks and Viacom may well look very different in a few years time.

My advice to these exposed former monopolists is to follow Murdoch’s lead and sell.

If you are interested in receiving the Forager monthly and quarterly reports, please register here

Kevin joined Forager in 2013 and has primary responsibility for researching and recommending North American stocks for the International Shares Fund. Kevin has over 16 years of industry experience, as well as an MBA from the Columbia Business School.

Get investment ideas from Kevin Rose when you sign up to Livewire Markets.