Positioned for take-off, but watch out for turbulence 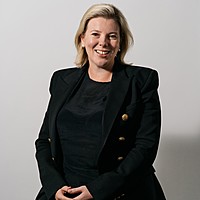 Alliance Aviation's (ASX: AQZ) share price was relatively flat on the back of a solid FY19 result, which was 3% ahead of profit before tax guidance (June 2019). We think the result clearly demonstrated what an improved operating environment and expanded asset base can deliver. Over the last few years, AQZ has continued to purchase assets (additional Fokkers for its fleet) with exceptionally good price discipline which has not only added to its fleet but its highly undervalued inventory.

If we look at the AQZ result in more detail the group delivered revenue of $277m, up 15% on the prior corresponding period (pcp) with 38 aircraft in service, flat half on half (hoh) but up 15% on the pcp. These 38 aircraft delivered c38k flying hours which was up c10% on the pcp. If we look at flying hours though on an hoh basis, we note there was a c7% decline from 1H19 to 2H19. On the face of it, statistics like this may normally be of concern, however, you have to look at the underlying drivers of the result to really understand the numbers. AQZ's earnings can be heavily impacted by the mix of contracts throughout the half. What we saw in FY19 was AQZ picking up a lot of spot contracts given the Federal Election coupled with a strong performance from the Aviation Services division, which doesn’t correspond directly to flying hours. Consequently, when we turn to profitability, EBITDA was $67m, which was up 12% on the pcp but more importantly demonstrated a better yield per aircraft than previous years. As such, the lower hours AQZ experienced in 2H19 should not be of concern as a better overall yield was produced.

The part of the AQZ result which needed further investigating was around the group’s operating cashflow. AQZ delivered operating cashflow of A$37m, and while this was relatively flat on the pcp, it did come as a surprise to the market (consensus). The reasoning around the weaker than anticipated cashflow was due to increased staff costs and inventory purchases, but more importantly, costs associated with AQZ's fleet overhaul. What this meant is a number of service-related items were capitalised which impacted cashflow but did not flow through the profit & loss statement. Moving forward, AQZ has said that this practice will continue into the 1H20 but should normalise by 2H20. Consequently, in FY21 we should see AQZ cashflow conversion revert to more normal metrics. While AQZ cashflow will be considered weak by the market, its balance sheet remains robust given the heavy asset nature of this business with net debt of $50.5m or net debt to EBITDA of 0.76x.

Something the market has overlooked

We believe the market has a reasonably good understanding of the AQZ business. The market has seen AQZ diversify from a predominately FIFO (fly-in-fly-out) operator to a far more diverse business supplying services to the likes of Qantas and Virgin, as well as charter flights for tourism operators.

If we had to choose a part of AQZ’s business that excites us on the upside it would be around the inventories it holds on its balance sheet. While spare parts may not sound very exciting to most, we believe there is considerable upside from this position. AQZ currently holds $49m of inventory and we believe these parts are hard to come by on the open market. Consequently, if AQZ was to liquidate its inventory it would be able to get multiples of its carrying value. While it would appear simple to just say AQZ should sell its inventory to realise the mispricing, its true value lies in the fact that this inventory lowers AQZ capex charge going forward.

What lies ahead for the next 12 months

We believe AQZ is well positioned to continue to grow over the medium term as they have recently just acquired five more Fokker 100 aircraft, which expands its capacity by >10%. The additional aircraft should further help them expand into more wet leasing opportunities with the likes of Virgin. We also note that Qantas currently holds 19.9% of AQZ. On 1 August 2019 the ACCC outlined some concerns regarding the lessening of competition. The ACCC is awaiting submissions from related parties by 22 August 2019, and how this plays out is the big unknown. AQZ is currently trading on an FY20 PE of 11.7x, EV/EBIT of 9x and a 6.8% dividend yield, which overall is very undemanding considering growth at a reasonable price is hard to find in the current climate. However, in the short term, the market may wait to see how the ACCC and Qantas stake plays out before re-rating the stock higher.

Micro Cap companies are under-researched compared to larger companies, which increases the reward for effort and the opportunity for alpha. Companies that are growing provide the potential for returns as long as you don’t overpay for that growth. Find out more by hitting 'contact' below.

Alexandra joined Ellerston Capital as a Senior Analyst in 2017 and has 11 years of financial market experience. She has extensive knowledge of the industrials sector, ranging from large to micro-cap equities, as well as IPO and pre-IPO markets.