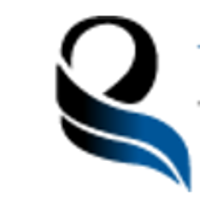 Since launching the application in Australia in February 2016, the platform has experienced rapid customer and FUM growth with the platform having over 175,000 active users and $261.5m FUM at 30 September 2018. The company launched Raiz Invest Super in July 2018 designed to help build wealth for retirement in a simple and transparent manner - The superannuation feature has been fully integrated into the existing app and provides low cost superannuation investment and administration.  The company has the rights to distribute the investment platform into certain countries in South East Asia. The company is initially targeting Malaysia and Indonesia. South East Asia provides significant growth potential for the company, in particular Indonesia due to the sheer size of the population and the emerging middle class. The company is currently in the early stages of the growth phase and as such an investment in the company is considered at the higher end of the risk scale. There are a number of risks involved with the company, with a key risk being dilution of the share price when the restricted shares are released from escrow over the next two years. There are more than double the amount of shares currently available for trade being held in escrow. The share price has experienced significant selling pressure since listing in June 2018, with the share price falling 68.9% from its listing price of $1.80. We view the launch of Raiz Invest internationally and the company becoming cash flow positive as milestones that may act as a catalyst for the share price.