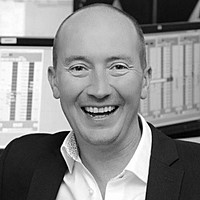 There is a raft of domestic data being released this week likely to influence monetary policy in the coming months – Retail Sales, Unemployment, Trade Balance, Commodity Price and Construction indices. Governor Stevens has recently stated that the RBA “remain open to the possibility of further policy easing”, but the market sees this as increasingly unlikely in the short term. Interbank futures pricing has increasingly moved to an unchanged stance over the course of last week. However, the Tuesday meeting of the board is likely to have on hand updated economic forecasts due to be published in the Statement On Monetary Policy on Friday. Key to these forecasts is a likely change to the trend output growth, which Stevens has recently highlighted to be likely lower. Could this put rate cuts back on the table sooner than the market anticipates? We’ll find out on Tuesday (VIEW LINK)

Michael has over 20 years experience in derivatives in Prop, Investment Bank and "Local" environments, having traded through all the major financial events over the period. He started his career market-making in Interest Rate and Bond Option...