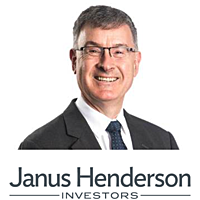 When you pull up your car at a railway crossing in the Pilbara, you can afford to switch off the engine and get out to stretch your legs – you’ll be waiting for quite a while as wagon after wagon rumble by. While peace is restored soon enough, it’s only ever short-lived as Asia’s insatiable demand for iron ore means 31 more trains will need to make the journey from mine to port that day. Three locomotive engines typically haul 240 wagons of processed iron ore, delivering 28,000. tonnes to the port facilities in a single train load – day in, day out. Rio Tinto’s (RIO) iron ore mines in the Pilbara account for close to 45% of Australian production and just 10 shipping days away from China and Japan, Australia has a distinct advantage over its biggest competitor, Brazil, which is over a month’s sailing away. With strong iron ore demand, overcoming capacity constraints is vital to ensuring continued growth and a strong market position.

To keep up with growing demand, RIO is reshaping its iron ore operations and looking to technology and innovation to enhance processes and service levels.

There is much debate in the sector about whether to be an innovation leader or a fast-follower, where learning from others’ mistakes can be beneficial.

However, in the case of RIO, it is firmly staking its future on its ability to innovate from a leading position, adopting what appears similar to a ‘tech start-up’ approach. Our view is that this approach leads to a strong culture of innovation, the ability to adapt quickly to changes and to take calculated risks in order to add value.

RIO is no stranger to innovation, having already built a leadership position through the establishment of its iron ore product, the ‘Pilbara Blend’. Over the last 10 years, in combination with Komatsu, it has become the world’s largest operator of autonomous trucks, with approximately 95 of its 370 trucks now running autonomously and plans to transition over half of these vehicles to autonomous in the near-term. Compared to manned trucks, the benefits are better safety, fuel efficiency, speed, and more utilisation, lifting productivity by 14%. Drilling holes for blasting will also be switched to autonomous, with approximately 20% of drills already autonomous and RIO aiming for this to be almost doubled by the end of the year.

The next step for RIO is for its entire locomotive fleet to operate unmanned in a world first, known as the ‘AutoHaul’ programme. After a decade of investment in autonomous rail, interrupted by the Global Financial Crisis and more recently having had its budget increased to almost US$1.0bn, the autonomous rail initiative clearly has strong backing as a corporate priority.

It has taken years to design and implement a safe system, with signalling systems along the railway and at crossings, and two-way communication between the train and the track and back to the operations centre in Perth. RIO has built and designed algorithms based on past operating performance and predictive insights, taking many variables into account; the weight of the load, the gradient of the track at any time, as well as the time taken to optimally build speed and slow down to avoid excessive forces on the wagons and track, thereby reducing maintenance costs. More consistent operating procedures and new maintenance initiatives are likely to also lead to longer trains and more tonnes per wagon. As the trains build up operating hours over time, more data on the operating conditions will be continuously added and used to optimise the ‘driving strategy’ algorithm.

Given Rio’s 24 hour Pilbara operations, one clear example of the benefits of autonomous rail is that capacity will no longer be limited by human factors such as the time taken to stop and restart a 28,000-tonne train for drivers to change over for each shift. Further to this, trials have highlighted benefits to safety and efficiency, with a 6% increase in safe operating speeds.

While media and PR can shape perceptions, our ‘boots on the ground’ approach to company research completely reinforced our high expectations when we visited the Pilbara operations in mid-June this year. It is clear that a culture of innovation is sweeping across RIO and in the process, top talent is being attracted from all over the world. Engineers from Rio’s Oyu Tolgoi copper mine in Mongolia and Diavik diamonds in Canada, specialists from Canada’s largest railway companies and employees from Glencore and BHP are all being attracted to arguably the most technologically savvy mining company in the world.

Rail will no longer be a bottleneck

Beyond these benefits, the big advantage to RIO will come from the flexibility provided by rail capacity being well in excess of mine and port capacities. Rail has previously been a bottleneck to capacity, meaning the business could not respond immediately to new orders. With autonomous rail, an order can be planned for immediately across the entire operation.

It will no longer be necessary to build stocks at the port at a high working capital cost – the complex of 16 mines, 1,700km of rail and four ports will be run as a single integrated system.

Instead of simply being a delivery mechanism between the mine and port, the new state-of-the-art rail system can be viewed as ‘a moving, stockpile’. Coordinated by the Perth operations centre, the speed and flexibility of the rail network can ensure that the optimal mix of mined ore is picked up from the correct mine, at the correct time, and be scheduled to arrive with other sources of ore at the port stockpile, where it is blended and loaded onto the vessels as the finished product.

The importance of maintaining the Pilbara Blend is paramount to Rio’s competitive advantage as it forms the foundation of the majority of major steel mills in Asia. This blend can also be customised to get the right blend of ore to the right customers, across 100 different steel mills that include industry giants BaoSteel and Nippon Steel, Rio’s largest customers.

16 mines, 1,700km of rail and four ports managed as a single operation

The next level of technology will be more difficult to implement, where human oversight will make way for a system where direct machine-to-machine interaction takes place. The efficiencies and potential for enhanced services should be highly valuable to the company.

An example of the sort of interaction possible through this development is that drill information could calculate the amount of explosive required, along with the average grade of the mined block to be communicated to the truck, which is then automatically directed by the requirements of the processing facility. The trains will be directed to the right mine at the right time in order to match the sales profile called by the marketing centre located in Singapore. A quick change in the market that requires an instantaneous change in mix or volume could now be accommodated. In the planning process, a change in the mine plan that previously would take weeks to optimise could instead be done in hours. Similarly, shipping schedules could see comparable timeline compression through GPS tracking being built into planning.

While autonomous drills and trucks are exciting, RIO points out that many changes of this nature will become commonplace as competitors catch up. RIO, however, intends to continue to invest in innovation, with machine-to-machine operation just another stage of a long-term innovation strategy, fortifying its position as the most technologically-advanced mining company in the world.

Our strategy is to invest in companies that are well-managed and characterised by long life and low-cost assets. RIO not only fits this profile but is also the leader in its strategy for the development of its iron ore business. RIO can maintain its Pilbara Blend profile for decades (with replacement mines scheduled to maintain grades) and do it with increasing efficiencies as innovation and new technology are continually embraced.

The flexibility this builds into the network will enable managers to optimise for value, rather than just volume. This will also mean inflationary costs are more than neutralised as fixed costs and headcount continue to be reduced. Most importantly it means that RIO can respond quickly to changes in market conditions, building up or trimming production accordingly. We can see a case where production per person could double in the medium term. An impressive feat from an already world-class asset.

For further insights from Janus Henderson, please visit our website

Tim Gerrard is a Senior Investment Analyst at Janus Henderson Investors, a position he has held since 2015 when Henderson acquired 90 West Asset Management. Prior to joining 90 West, Tim worked for Lonsec Securities conducting sell-side research...

Get investment ideas from Tim Gerrard when you sign up to Livewire Markets.