Robotics and A.I. leaders spearheading the battle with COVID-19 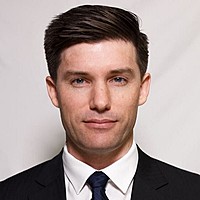 We have previously highlighted the role of robotics and artificial intelligence (A.I.) technologies in fighting the spread of COVID-19 in an article published on 15th May. In today’s post, we look at some of the leading companies in this space, and how they have contributed to fighting the pandemic, or are well-placed to benefit from economic, social and geo-political shifts borne out of the crisis.

Robots and automation in healthcare applications

The most visually obvious contribution of robotics and A.I. to combating COVID-19 has been the development of autonomous robots in healthcare – such as Omron’s LD-UVC, shown in Figure 1 below. Omron makes up 4.5% of RBTZ’s index (as at 21 August 2020). Their ground-breaking LD-UVC disinfects a particular premises by eliminating 99.9% of bacteria and viruses, both airborne and droplet, with a precise dosage of UVC energy1.

Reducing the risk of human exposure to the coronavirus is one application of robotics, while scaling up our capacity for clinical testing is another critical element of the fight.

Swiss Healthcare company, Tecan Group, which makes up 5.3% of RBTZ’s index (as at 21 August 2020), is a market leader in laboratory instruments, reagents and smart consumables used to automate diagnostic workflow in life sciences and clinical testing laboratories.

Tecan has experienced strong demand for its products to help in the global fight against the coronavirus pandemic, resulting in a substantial increase in sales and a surge in orders in the first half of 2020.

Automation is critical for countries attempting to scale up their COVID-19 testing capacity. Tecan is aiming to double production of its laboratory automation solutions and disposable pipette tip products, and has accessed emergency stockpiles to keep up with the massive demand.

Californian company Nvidia makes up 9.4% of the index which RBTZ aims to track (as at 21 August 2020), making it the Fund’s largest holding. Nvidia is at the forefront of deep learning, artificial intelligence, and accelerated analytics.

Nvidia was able to design and build the world’s seventh fastest supercomputer in three weeks, a task that normally takes many months, to be used by the U.S. Argonne National Laboratory to research ways to stop the coronavirus.

Supercomputers are proving to be a critical tool in many facets of responding to the disease, including predicting the spread of the virus, optimising contact tracing, allocating resources and providing decisions for physicians, designing vaccines and developing rapid testing tools.

Then there are companies and products that are helping us adapt to a post-COVID world and beyond.

Keyence Corporation, from Japan, positioned itself at the forefront of several key trends in an era of increasing factory automation. In the wake of the COVID-19 crisis, factories have never faced such an urgent need to replace humans with machines to keep production lines running.

Its focus on product innovation and direct-sales model give it a competitive advantage, making it better able to adapt to new manufacturing processes and workflows while introducing high-value client solutions.

Keyence has maintained an operating profit margin >50%, has no net debt and managed to increase its dividend for the 2020 financial year, to become Japan’s third-largest company by market value.

One unfortunate consequence of the virus crisis has been the straining of international relations and a deterioration of the rules-based order. AeroVironment is a global leader in unmanned aircraft systems, or ‘drones’, and tactical missile systems. It is the number one supplier of small drones to the U.S. military.

The Australian Defence Force is also an AeroVironment customer, with spending on drone and military technology expected to increase after the release of the 2020 Defence Strategic Update in July.

Beyond weapons systems, AeroVironment is also leading the evolution in stratospheric unmanned flight with the development of the Sunglider solar-powered high-altitude pseudo-satellite (HAPS), currently undergoing testing at Spaceport America in New Mexico. AeroVironment recently announced it was building a drone helicopter that will be deployed to Mars along with NASA’s Perseverence rover in 2021. The ‘Mars Helicopter’ will be the first aircraft to attempt controlled flight on another planet, in its mission searching for signs of habitable conditions and evidence of past microbial life.

Get exposure to the Robotics and Artificial Intelligence thematic

BetaShares Global Robotic and Artificial Intelligence ETF (ASX: RBTZ), invests in companies from across the globe that are exposed to the above thematic. You can find out more here.

Cameron’s responsibilities span supporting all distribution channels and working alongside the portfolio management team. Prior to joining BetaShares, Cameron was a portfolio manager at Macquarie Asset Management, and was responsible for the...

m
mahala
2nd Sep, 20
Many of the companies mentioned above are catering to the Covid crisis. What happens to the ROBO index once the covid situation clears?

Get investment ideas from Cameron Gleeson when you sign up to Livewire Markets.