Should you own value or growth as the Fed begins to tighten? 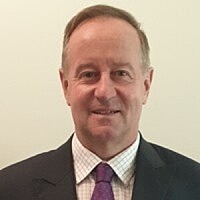 In our last note on Fed tapering, we highlighted both similarities and differences in markets now compared to the 2013 tapering event.

In May 2013, Ben Bernanke was Fed Chair when he famously told markets of the Fed’s intention to taper its asset purchase program. It took 8 months for the Fed to begin tapering after the announcement, but over that period bond yields rose from 1.7% to 3.0%. After tapering began, they fell back to a little below 1.7% some 12 months after tapering began.

Last week Fed Chair Jerome Powell took another step towards preparing markets for Fed tapering. Indeed, he specifically mentioned “Participants generally view, so long as the recovery remains on track, a gradual tapering process that concludes around the middle of next year is likely to be appropriate”. Markets have generally taken these comments in their stride thus far and this is probably due to the carefully designed messaging by the Fed Chair.

For example, last week he was quick to break the link between the tapering of asset purchases and the first increase in the Fed Funds Rate. Powell repeated his earlier stance that the start and pace of the Fed’s asset purchases “will not be intended to carry a direct signal regarding the timing of interest rate liftoff”.

The scripted language of the Fed Chairman is aimed at reducing the risk of a sharp rise in yields, but nonetheless markets are always forward looking and if the economy continues to meet Fed objectives, then bond yields will rise, it’s just a matter of how quickly.

Putting aside the different market reaction to the messaging between this year and 2013, we still think it’s worth revisiting 2013 to see how the market reacted to the Fed’s change in monetary policy stance. This may provide some guide to what may occur once the Fed approaches the removal of stimulus in the months ahead.

Thus far this year, the Australian market has slightly underperformed the US.

In this note, we look at whether investing by style offered better returns than investing by region back in 2013 to see if there are lessons worth learning in preparation for the months ahead.

........
The material contained in this document is for general information purposes only. It is not intended as an offer or a solicitation for the purchase and/or sale of any security, derivative, index, or financial instrument, nor is it an advice or a recommendation to enter any transaction. No allowance has been made for transaction costs or management fees, which would reduce investment performance. Actual results may differ from reported performance. Past performance is no guarantee for future performance. This material is based on information that is reliable, but Foresight Analytics makes this information available on an “as is” basis without a duty to update, make warranties, express or implied, regarding the accuracy of the information contained herein. The information contained in this material should not be acted upon without obtaining advice from a licensed investment professional. Errors may exist in data acquired from third party vendors, & in coding related to statistical analyses. Foresight Analytics disclaims any & all expresses or implied warranties, including, but not limited to, any warranties of merchantability, suitability or fitness for a particular purpose or use. This communication reflects our quantitative insights as of the date of this communication & will not necessarily be updated as views or information change. All opinions expressed herein are subject to change without notice.
save

Shane Lee is a strategist at Foresight Analytics. He has as around 20 years’ experience in various sell-side research and asset allocation roles. He was the asset allocation analyst at ANZ wealth/IOOF for a 2-year period between 2017 and 2019....

Get investment ideas from Shane Lee when you sign up to Livewire Markets.