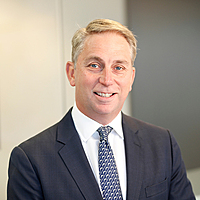 The September 2021 quarter will go down as a difficult one for Asian equities. Dropping 9.3% in US dollar terms, the MSCI AC Asia ex-Japan Net Index USD experienced its first quarterly decline since the beginning of the COVID-19 crisis (March 2020 quarter).

The weak performance of China, the region’s worst performing major market for the quarter with a return of -18.2% in USD terms, heavily impacted regional returns.

It’s true, few markets across the globe avoided posting a negative return for the month of September, but the Asia ex-Japan region was a significant laggard.

Year to date, the region has given back the relative outperformance enjoyed since the depths of the first COVID outbreak last year, falling 15% from its February 2021 high.

So why are we looking through this volatility to the silver lining?

1. Evergrande is not China’s ‘Lehman Brothers’

With liabilities in excess of US$300 billion, the market is right to be concerned regarding the potential spillover effects or contagion a disorderly collapse of Evergrande might have.

While the next chapter for the company is yet to be written, we do not subscribe to the view held by some that this is likely to be China’s Lehman Brothers or its Minsky moment.(1)

As part of its wider strategy designed to rebalance China’s economy away from its debt-fuelled growth model, Beijing imposed a range of measures known as the three red lines on the nation’s property developers last year.

Such measures, which prescribe the maximum leverage a developer can retain based on three key solvency and leverage metrics, were always going to be problematic for Evergrande to meet.

As such, Evergrande’s predicament should be viewed as a symptom, not the cause, of the current economic slowdown.

Although there have been some precipitous declines across those stocks linked to the property sector, including financials and materials, both within and outside of China, it does not appear at this stage to have exposed broader systematic risks, with interbank funding rates (Shibor) and the renminbi remaining stable.

2. Volatility in China is not a new phenomenon

The MSCI China price index has corrected from peak to trough by more than 20% in 12 of the past 20 calendar years.

We have used the increase in uncertainty and change in sentiment as a buying opportunity to selectively add weight to China, specifically Tencent and NetEase. We also initiated a small position in Alibaba for the first time in the strategy’s history.

While the timing can never be known in advance, history suggests that the prevailing negative sentiment will not last forever with ‘animal spirits’ taking over, which will see the market recover.

3. The Chinese regulatory crackdown is not intended to destroy the broader economy

While it can’t be denied that the current regulatory overview being imposed on a range of sectors justifies some form of discount (assessed on a company-level basis), we do not believe that China is set to walk back from its decades-long process of market-based reform and close the bamboo curtain opened under Deng Xiaoping more than 40 years ago.

Accounting for some 60% of GDP and more than 80% of its urban employment, the private sector has played a crucial role in achieving China’s key policy goals of enhancing living standards and eliminating poverty.

Similarly, if China has any hope of attaining its stated goal outlined in the current (14th) five-year plan of becoming a ‘moderately developed’ nation by 2035, it will do so only with the continued, and indeed, increased role of private enterprise.

Many of China’s strategic objectives including the development of a domestic semiconductor industry, artificial intelligence and green technology will be developed by the private sector.

This point was emphasised in September when Vice Premier Liu He noted in a speech, reported by Asia Financial, that “we must vigorously support the development of the private economy”. (2)

4. Ignoring the world’s second largest economy would be a disservice to investors

With a middle-class population expected to number some 800 million by 2035, double its current level, China is likely to remain an engine room of global growth for many decades to come.

Consequently, to ignore the investment opportunities available in China would be to inflict a great disservice on investors in our opinion.

For now, it appears authorities in China are content with a lower pace of economic growth if it results in a reduction in income inequality and an improvement in capital allocation. Both are worthy outcomes if China is to achieve its long-term aspirations.

Chinese authorities have adopted a more conservative/orthodox approach to monetary policy in recent times relative to the rest of the developed world that gives them greater flexibility.

Apart from a single reduction in the reserve requirement ratio (RRR) in July, we have seen nothing like the stimulus observed elsewhere. With the one-year prime loan rate (LPR) at 3.75%, there is scope for authorities to move should conditions dictate.

India continues to rebound strongly from its COVID-induced downturn experienced in the first quarter of 2021 and was the strongest performing market across the region during the quarter, rising 12.6% in US dollar terms.

The pace of recovery underway in the real economy can be seen in a range of domestic credit metrics including recoveries, which in many segments have returned to their pre-pandemic levels.

In its latest market update India’s leading credit agency CRISIL confirmed an improving trend in the country’s credit ratio.(3) Encouragingly for our financial exposures in that country, CRISIL also noted the improving health of the corporate sector.

However, rising energy costs are a clear risk for India given the country’s dependence on imported oil and gas and is something to be watched closely.

6. Decent growth is expected for the region, especially ASEAN, in 2022

We expect market sentiment will continue to be impacted by news flow surrounding the pace of inoculations for COVID-19 across the region (especially within the ASEAN region) and the extent to which they support the ‘reopening’ of activity.

The recent earnings season supported expectations of a strong recovery in 2021 and decent growth of about 10% in 2022.

An increasing number of our portfolio holdings exploited the recent weakness in share prices by instituting what we expect to be accretive capital management initiatives.

At the end of the September quarter, we estimated almost 30% of the portfolio’s holdings (by number) are embarking on some form of capital management activities designed to improve returns to shareholders.

(1) Hyman Minsky was a 20th century economist whose work focused on the self-correcting nature of business cycles.

(3) The ratio of upgrades to downgrades

........
This material was prepared by Maple-Brown Abbott Ltd ABN 73 001 208 564, Australian Financial Service Licence No. 237296 (MBA). MBA is registered as an investment advisor with the United State Securities and Exchange Commission under the Investment Advisers Act of 1940. This information is intended solely for professional and institutional investors and is provided for information purposes only. This material is not intended for, and is not suitable for, retail clients and does not constitute investment advice or an investment recommendation of any kind and should not be relied upon as such. This information is general information only and it does not have regard to any investor’s investment objectives, financial situation or needs. Before making any investment decision, you should seek independent investment, legal, tax, accounting or other professional advice as appropriate. This material does not constitute an offer or solicitation by anyone in any jurisdiction. This material is not an advertisement and is not directed at any person in any jurisdiction where the publication or availability of the information is prohibited or restricted by law. Past performance is not a reliable indicator of future performance. Any comments about investments are not a recommendation to buy, sell or hold. Any views expressed on individual stocks or other investments, or any forecasts or estimates, are point in time views and may be based on certain assumptions and qualifications not set out in part or in full in this information. The views and opinions contained herein are those of the authors as at the date of publication and are subject to change due to market and other conditions. Such views and opinions may not necessarily represent those expressed or reflected in other MBA communications, strategies or funds. Information derived from sources is believed to be accurate, however such information has not been independently verified and may be subject to assumptions and qualifications compiled by the relevant source and this material does not purport to provide a complete description of all or any such assumptions and qualifications. To the extent permitted by law, neither MBA, nor any of its related parties, directors or employees, make any representation or warranty as to the accuracy, completeness, reasonableness or reliability of the information contained herein, or accept liability or responsibility for any losses, whether direct, indirect or consequential, relating to, or arising from, the use or reliance on any part of this material. This information is current as at the date of publication and is subject to change at any time without notice. MSCI: The MSCI information may only be used for your internal use, may not be reproduced or redisseminated in any form and may not be used as a basis for or a component of any financial instruments or products or indices. None of the MSCI information is intended to constitute investment advice or a recommendation to make (or refrain from making) any kind of investment decision and may not be relied on as such. Historical data and analysis should not be taken as an indication or guarantee of any future performance analysis, forecast or prediction. The MSCI information is provided on an “as is” basis and the user of this information assumes the entire risk of any use made of this information. MSCI, each of its affiliates and each other person involved in or related to compiling, computing or creating any MSCI information (collectively, the “MSCI Parties”) expressly disclaims all warranties (including, without limitation, any warranties of originality, accuracy, completeness, timeliness, non-infringement merchantability and fitness for a particular purpose) with respect to this information. Without limiting any of the foregoing, in no event shall any MSCI Party have any liability for any direct, indirect, special, incidental, punitive, consequential (including, without limitation, lost profits) or any other damages. (www.msci.com)
save

Get investment ideas from Geoffrey Bazzan when you sign up to Livewire Markets.