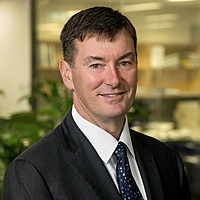 About 15 gigawatts or 63% of Australia’s coal-fired power generation will reach the end of its technical life and is likely to be retired by 2040, according to Australian Energy Market Operator, the body that oversees the country’s energy markets. Replacing this much coal-fired generation will require more than twice the volume of renewable generation capacity, given the vagaries of renewables. The replacement of the existing coal-fired fleet with renewables will require meaningful investment in transmission networks, as the existing network has an estimated connection capacity of only 13 gigawatts when it comes to renewable resources.

Across about A$13 billion worth of likely renewables projects sits TransGrid, the monopoly operator of the biggest transmission network by volume in Australia’s National Electricity Market. TransGrid delivers power to more than 3.6 million homes and businesses within NSW and the Australian Capital Territory. TransGrid is 15% owned by Spark Infrastructure (ASX:SKI), an ASX-listed investment fund that owns four major energy assets, of which TransGrid has by far the best growth prospects.

SA Power Networks is the only operator of South Australia’s distribution network. The utility distributes power to about 887,000 residential and business customers across the state. SA Power is 49% owned by Spark.

CitiPower and Powercor form Victoria Power Networks, which distributes power to about 330,000 customers in Melbourne and another 810,000 clients in the central and western parts of the state. Victoria Power is 49% owned by Spark. Spark’s other, lesser, asset is the 2019-purchased and newly built Bomen Solar Farm that will produce enough renewable energy to power 36,000 homes a year.

These four assets that service about five million clients worth about A$18 billion form the core, or perhaps springboard, of Spark’s ‘growth plus yield’ strategy. To comprehend the basis for this strategy, it can help to understand that the core business model of utilities is that they own a monopoly right to provide their services in a defined territory but the return on their capital spending is limited to ensure that they provide affordable services to customers. The way, therefore, for a utility to increase gross earnings is to spend more on approved capital works while earning a return on its asset base, a term for the amount of capital on which regulators can earn a regulated return.

The yield part of Spark’s strategy is that its share of its Victorian and South Australian distribution assets and its stake in TransGrid give Spark an effective regulated asset base of A$6.6 billion. In (fiscal) 2019, the regulated return comprised 86% of Spark’s revenue of A$1.2 billion, an increase of 3.3% from 2018.

The growth part of Spark’s strategy is about investing more to increase the asset base of its three regulated assets and investing in renewable energy, which often falls outside of the regulated sphere. The NSW government, for example, forecasts A$8 billion worth of investment will be needed over the coming decade to power the state, divided between regulated and unregulated assets. TransGrid, for example, is considering a joint bid to build a 900-kilometre interconnector between Wagga Wagga and Robertson in South Australia that will enable more renewable energy to be injected into the national grid. This is just one of the plans that could see TransGrid’s regulated asset base double in the next decade.

Another leg of Spark’s strategy is to enhance the assets it owns; that is to say, make them more efficient so it has more capital to grow its business, something it does well. (Spark calls this its ‘value enhance, value build and value acquire’ strategy.)

Spark’s portfolio of regulated and renewable assets and their potential to expand has helped the company be one of the most resilient stocks over 2020. Many people have seen that Spark offers what investors generally seek when they invest in essential services: growth plus income.

To be sure, Spark faces the challenge of all the regulatory and political uncertainty that surrounds Australia’s energy market. Regulators are trimming some of its regulated returns. Spark’s plan to invest in solar, wind and storage projects in coming years come with the risk that management might make poor investments.

Even allowing for these risks, though, Spark is likely to deliver on its growth plus yield strategy in the coming years as solar panels, wind farms and other renewable sources of energy become a more important source of power for Australia.

Magellan believes that successful investing is about finding, and owning for the long term, companies that can generate excess returns for years to come. For more information on where we are seeing the most compelling opportunities, click the follow button below

Gerald joined Magellan in 2007 and is Head of Investments and leads the team responsible for managing Magellan’s infrastructure portfolios and providing research coverage of companies within the infrastructure, transport and industrials sector.