State of the States: NSW remains on top; TAS climbs to fourth 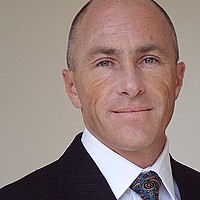 NSW has retained the position as the best performing economy, at or near the top of all indicators. Victoria holds second spot on the economic performance rankings with strength provided by high population growth, boosting housing demand.

The ACT retains third spot on the performance rankings, supported by a stronger job market. Tasmania has lifted from fifth to fourth spot, ahead of South Australia with a similar gap to Queensland. Northern Territory remains in seventh position.