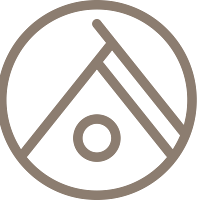 In general, we look for cheap, ugly, obscure and otherwise ignored companies where a mis-pricing is likely to occur. AFY – a fast growing company with a consensus FY18 P/E of ~41x – appears at first glance to be the antithesis of this, so why do we own it?

The Value of Growth

Most investors will typically look at only 2 elements when searching for value – adjusted asset value &/or normalised earnings power value, which usually translates into some variation of P/B or P/E.

The third element of value – growth – is often neglected, misunderstood or valued incorrectly which can throw up a mispricing. Growth, in many situations, adds nothing to a firm’s intrinsic value as it generally needs to be supported by additional assets, more receivables and more inventories.

Growth however, adds shareholder value when the Incremental Return on Capital Employed is greater than the Cost of Capital. Typically, this can only happen when there is a competitive advantage. We think AFY has these two characteristics and thus is positioned well to add multiples of shareholder value over the next few years.

AFY is an on-line point of sale payment alternative that innovatively solves key problems for the Merchants and the Consumers.

The online retail sector is highly attractive for merchants given the extremely strong growth rates compared to in-store sales. Unfortunately, one of the issues with rising on-line sales is the increase in on-line credit card fraud. If a credit card holder reports a transaction as fraudulent, a chargeback for the full amount that is reported as fraudulent is deducted from the merchant. Chargebacks are costly and time consuming as the onus falls upon the merchants to prove that a transaction was NOT fraudulent to be reimbursed. Merchants are unable to control this cost as the credit card system is essentially the weak link, but the parties involved, the banks and credit card companies, do not carry the cost of credit card fraud. This is a key risk to their business.

AFY solves this problem for merchants, bearing all chargeback risks, resulting in significant cost reductions for merchants. Customers purchase an item from a merchant using Afterpay and the merchant is paid for the purchase upfront within 48hours. AFY earns a small fee from the merchant based on a % of the retail price (~4%). On top of reducing the cost of fraud, using AFY has also been shown to increase sales for merchants.

Customers want a simple way to pay for online purchases that is quick and safe. Similar to PayPal, there is no need to provide card details to multiple online merchants directly. AFY also provides interest free financing, allowing consumers to defer payments in 4 fortnightly instalments. A consumer may not be willing to pay $200 for a dress but may be more willing to buy the dress if they could pay 4 fortnightly instalments of $50. AFY helps the customer get what they want upfront for no extra cost and increases sales for merchants.

AFY generates a ~4% fee from merchants and ~2.5% after all transaction costs (processing, funding and bad debts). The average payback of the loan is ~30 days which means AFY can recycle capital >12x p.a. to generate an unleveraged Return on Capital of >30%. Return on Equity as debt funding increases, we think can get to >50%.

The innovation that AFY has introduced is automated real time credit assessment per transaction. A bank in comparison, assesses credit on a person once at the initiation of a loan, often using archaic data. AFY collects many different data points per transaction which it uses to assess credit. The trove of data generated means that AFY’s credit assessment capabilities will get stronger over time which should drive lower credit costs.

Do you remember Bankcard? Bankcard started in 1974 and was the first mass market credit product introduced into Australia. Within 18months they had over 1 Million members. Ten years later by 1984, they had 5 Million members.

AFY is clearly not an identical analogue; however, AFY has demonstrated a staggering rate of growth in unique customer numbers and gross merchandise value. AFY’s unique customers are now over 500,000 after IPO’ing in May 2016.

The combination of higher rates of return of capital, competitive advantages that are getting stronger over time and a large addressable market means that AFY is a strong candidate to be a “multi bagger”.