Takeover fever – Why is it happening and will it continue? 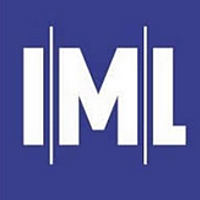 The month of December has seen a number of takeover bids – such as for Tox Free Solutions by Cleanaway, Capitol Health’s intended bid for Integral Diagnostics and the huge Westfield Corporation bid by Unibail-Rodamco. These takeovers have presented something of a Christmas gift to our investors given these stocks are key holdings in IML & QVE portfolios.

The growing wave of takeover bids for quality companies should be of no real surprise to investors. We summarise below the main reasons why we are seeing a pickup in corporate activity:

Growth is harder to find for many corporate in many industries

With the economy patchy, growth is scarce in many sectors and acquisitions can be attractive given that such deals often give rise to material cost synergies or other benefits. In the case of Cleanaway’s bid for Tox Free Solutions, the deal is estimated to give rise to savings on the combined cost base of over $35m over the next few years. That is not to mention the opportunities that Cleanaway will have to upsell its existing services to Tox Free’s customer base and vice versa. In our view, the Cleanaway bid is a very good example of not only the ongoing pursuit of growth by corporates through strategic takeovers, but also highlights the appeal of quality, well established industrials that are trading at discounts to their fair value.

With interest rates around the globe at multi-decade lows, the use of debt to partially fund acquisitions can make the economics of takeover deals very attractive. For instance, Unibail-Rodamco, the acquirer of Westfield Corporation has currently locked in medium term debt out to 2030 of as low as 1.375% per annum.  With debt available at such low levels, it is a great incentive to chase accretive deals offering significantly higher rates of return.

Scale in the face of disruption

With traditional business models under pressure from new entrants offering new ways of doing business, a well-placed acquisition can bring scale, integration benefits or new capabilities, which can improve the ability to compete.  A key holding in IML’s small cap funds, Melbourne IT is an example of a company that has transformed itself into a digital solutions business for small and enterprise business through a series of key acquisitions over the last three years.

Since our inception in 1998, IML’s investment philosophy has been to invest in companies that have the criteria of strong competitive advantage, recurring, predictable earnings that can grow, run by capable management and that are trading at a reasonable price.

When you invest in a quality company with these attributes, it is no surprise that the company is also attractive to a competitor or new entrant, especially if the share price of the company is underperforming due to short term earnings pressures. Over the years IML’s funds have been significant long-term shareholders of companies that have received takeover bids at substantial premiums including stocks such as Energy Developments, Fantastic Furniture, Sydney Futures Exchange, Vision Systems, Adsteam Marine, Recall, Snack Foods Ltd, NSW TAB and many, many more.

There are a number of companies which we currently own that we believe offer good long-term value and may also catch the eye of a corporate buyer at some stage in the future.

Some of these holdings include:

Sky City’s share price has gone sideways for many years now as the company continues to invest heavily on expanding its Auckland and Adelaide casinos with the benefits due to come through in the years to come. In the mean time, the casino sector in Australia has consolidated over the last decade with Sydney’s Star City taking over Queensland’s Jupiters and Melbourne casino group Crown taking over WA Based Burswood.

In our view, Sky City is an attractive company given it owns licences to operate major casinos in Auckland, Perth and Darwin. We believe it could make sense at some stage for one of the larger casino groups to acquire Sky, as such a deal would deliver to either Crown or Star attractive destinations for their high value VIP customers.

Ansell has spent the last decade building a global network in the supply of industrial and medical gloves. Following the sale of the company’s condom business earlier this year, Ansell is now the leading developer and manufacturer of industrial and surgical hand protection gloves globally. With exposure in the US, Europe and most major developing economies such as Brazil and Russia, Ansell has emerged as a true innovator in this space, with genuine IP in its product development and pipeline. This has allowed the company to take market share in many markets.

Given Ansell’s continued success in growing market share and bringing new products to market, we believe that the company has become increasingly attractive to its much larger global competitors, in particular the likes of 3M and Honeywell, both multinational conglomerates with market caps in excess of US$116bn. An acquisition of Ansell would deliver to an acquirer greater procurement benefits as well as ownership of Ansell’s market leading hand protection gloves, complementing their existing range of safety and protection equipment and enabling them to grow market share.

Consolidation in the traditional media space has long been mooted as a response to disruption by digital and online competitors. With the recent amendments to media ownership laws in the Parliament, the ability for operators of different media platforms to come together is now very real and still remains commercially imperative.

Fairfax is a holding in IML funds that we believe would make a logical partner for one of the listed free-to-air operators such as Seven West Media or Nine Entertainment. Such a merger would deliver significant content and production savings, allow for better monetisation of the still valuable Fairfax mastheads, and also give ownership of Fairfax’s 60% stake in the Domain online property portal. In our opinion Southern Cross Media is also an attractive target. With a dominant position in both Metro and Regional Radio, as well as a Regional TV business, Southern Cross is a business that is growing revenues and developing a strong moat around its regional businesses. The ability of the radio business to underwrite strong and recurring cash flows is, in our view, a highly attractive feature for potential acquirers.

While IML does not specifically target companies because they are potential takeover targets, the companies that IML invests in are well established, have a competitive advantage and a recurring earnings base. We have seen many cases over our 20-year history where at times companies of this nature may be struggling with short term issues as they seek new growth paths or where the restructuring benefits have not yet translated into higher earnings. The increasingly short-term focussed market can lead to share price weakness, which often opens the door for a would-be acquirer to buy these companies at a price that fulfils the buyer’s criteria.