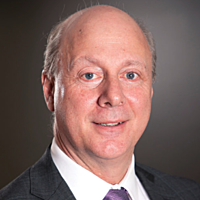 Early Wednesday morning Tesla held its annual general meeting and its much awaited “Battery Day,” with Elon Musk presenting to an audience sitting in Tesla vehicles arranged in an old style drive-in configuration.

The one thing you don’t want to do when you have a market capitalisation of US$360 billion and don’t make much profit is to overpromise and under-deliver. But that’s what happened.

No “million mile battery” was unveiled and generally the presentation focused on what they need to do over the next few years to make the electric vehicle cost competitive in the mass market, rather than unveiling an end product.

Tesla detailed a plan to increase vehicle range by 54%, reduce the cost per kilowatt hour by 56% and cut the investment per gigawatt hour by 69%. This would be achieved by:

If they deliver this, then they change the world.

The 5 key takeaways from this announcement are:

The market will switch to electric vehicles when it makes economic sense to do so. Tesla recognises that the key to achieving mass market acceptance of electric vehicles is to make them irresistible. At present, the features and capability are enticing but the cost is prohibitive.

While battery costs have fallen significantly, the rate of decline has slowed. In response Tesla has devised a series of enhancements and improvements that will drive costs down and enable a US$25,000 Tesla within three years. If achieved, the price will lead to mass adoption and most likely signal the extinction of the internal combustion engine motor vehicle.

Tesla is seeking to evolve into a vertically integrated battery manufacturing business. At the backend, it will seek to control and integrate the supply chain to squeeze out unnecessary cost, whist at the front end it will develop a portfolio of products that utilise the batteries - electric vehicles being the first large scale market opportunity.

This aligns with their vision of driving the transition away from fossil fuels in the transport and power generation sectors in order to reduce green house emissions and dramatically slow global warming.

Tesla’s market capitalisation currently sits at approximately US$360 billion. To put this in context, this is larger than the combined market capitalisation of BHP, RIO Tinto and Fortescue. Put simply, they have the financial strength to ensure that the raw material supply chain keeps pace with their product pipeline objectives.

5. Recycling will emerge as an important supply source

Recycling will emerge as an important raw material supply source. Tesla indicated that they would build recycling facilities alongside their battery factories to ensure that they close the loop and capture this growing supply source.

So what does this mean for commodities ?

The electrification of the transport sector and the transition from fossil fuels in power generation to renewables supported by battery storage are two long term trends impacting commodity demand and supply characteristics. The immediate implications from the Tesla battery day are as follows;

........
Nothing in this Article should be construed as personal financial product advice. This email does not consider any of your objectives, financial situation or needs. It contains general financial product advice only and you should therefore consider the appropriateness of the advice having regard to your situation. We recommend you obtain financial, legal and taxation advice before making any financial investment decision. This Article is based on information obtained from sources believed to be reliable. Argonaut has made every effort to ensure the information in this email is accurate, but we do not make any representation or warranty that it is accurate, reliable, complete or up to date. Argonaut accepts no obligation to correct or update the information or the opinions in it. Opinions expressed are subject to change without notice and accurately reflect our personal views at the time of writing.
save

David is the fund manager for the Argonaut Natural Resources Fund - a high conviction investor in the Australian resources sector. He has over 25 year’s financial markets experience across stockbroking and funds management and has also held senior...

Trevor Myers
27th Sep, 20
Great write up David!
S
Simon Rushworth
28th Sep, 20
Exciting times. Anyone wedded to a fossil fuel future, be alert, and alarmed!
mahala
28th Sep, 20
A wonderful forward looking analysis and gives clues to where the demand for some commodities would come from like Nickel and copper.

Get investment ideas from David Franklyn when you sign up to Livewire Markets.