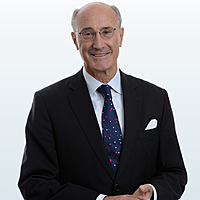 There is an apparent paradox of investing in shares; price is everything yet it is also nothing.

There is no contradiction in this paradox because the reality lies in the very essence of what share selection is really about. If one starts from the naive stance of saying you want to own really fine companies that will be bigger and hopefully better in the coming few years, you have immediately abstracted PRICE from the judgement.

And because one is likely to have errors of judgement; and because even great companies face surprises from the response of competitors, regulators and other forces, you will probably see merit in owning a collection of these companies, which might then be formally described as a portfolio. There are libraries filled with the subject of diversification but for this piece, let’s assume that the portfolio is sufficiently diversified to retain many of the specific qualities of the underlying company holdings (so-called specific risk), yet enough diversity to avoid punishing losses.

So, how do you go about finding a group of nice companies?

Firstly, this can be random or more specific where one uses themes and screens to narrow down the target zone. The screens should, in the author’s view, have a heavy weighting towards inherent profitability. Loss-making companies might be screened out if the rules are applied mechanically, so it is imperative that one seeks an understanding of the engine room of each company rather than relying on high-level abstractions. Our goal is to systematically create wealth in listed markets and this is only possible if we have a serious understanding of the dynamo that drives each company in a portfolio; the so-called origin of wealth. It is one thing to be able to describe a business, it is quite another to fully comprehend the inner machinery that allows a company to imbed itself in the economic system to generate superior returns. Sometimes this is led by technology (Microsoft), sometimes by sheer size (Amazon), or even such a simple factor as exquisite management in a crowded market place (Walmart) and so on…

You will have come across lots of references to competitive moats, the virtues of platforms, two-sided markets and economies of scale. Right now, many of these concepts are being exposed as flatulent labels rather than adequate descriptors of the wealth-generating engine of great businesses. Free money and the convergence of external factors, like the maturing of the internet, the widespread adoption of clever mobile devices and the emergence of cloud computing, combined with global lockdowns have caused or allowed investors to intermingle their feelings with the facts. The incoming tide was so strong that those who protested against crazed optimism were ‘cancelled’ for ‘not getting it’ while the partygoers celebrated their cleverness and transient gains. The new game in town was to address investment propositions in terms of TAM (total addressable market) rather than the drivers of profitability, which allowed investors unrestricted views of Nirvana, while helpful ushers, with an eye on the main chance of corporate advice, kept the shimmering tray of magic mushrooms within easy reach of addled investors.

As these excesses unwind, and incidentally this began in January/February 2021 with many inventive companies now 50 to 70% off Panglossian highs, greater care will be exercised in understanding these engine rooms rather than the elusive and exaggerated TAMs. As in 2000, when domain names were fancifully attractive, we will find that some of the 7 powers that have been imperfectly applied to many of these businesses shrouded their nakedness. More specificity will be sought to understand for example, which side of two-sided markets carries the real power. For example, with Uber, does the power reside with the drivers or the passengers? Furthermore, is this a truly global business or does it lack scale merits because drivers and passengers are all local and the technology stack is merely an accident caused by the convergence of radio mobility, mapping and payment solutions, while in reality the truly interesting innovation is pertained to the harnessing of under-utilised time (drivers) and hardware (cars)? As you cast your mind over your portfolio, this type of thinking might tease your intellect, but it will go to the essence of understanding the businesses that you own.

The paragraph above in many ways describes path dependency where investors have a ‘feeling’ that they understand a business and this feeling is reinforced by then corresponding rising share prices. This brings us back to the opening sentence, by co-mingling price and WORTH many investors become confused.

On the one hand, we all agree that a rise in the short-term price sends us a signal that is comforting but it may be no more than a transient comfort. With any company one buys, one should have a very clear view of what you think will be its terminal value say, five years hence. That value will relate to its free cash flow, or more crudely its statutory earnings, divided by some sort of acceptable earnings yield.

If the company is relatively impregnable and will still be growing beyond the five-year time horizon, its free cash flow may be worth an earnings yield approximating the yield of a government 10-year bond. This is merely a guidepost and points to the nonsense of elaborate calculations of precision.

It once again highlights the importance of understanding the variables that will allow this entity to continue to grow and generate cash in greater quantities than it requires to simply stay in business (funding CAPEX expansion and increasing working capital).
Obviously, companies that have lesser prospects should face higher valuation hurdles but enumeration lies at the heart of the exercise, NOT FEELINGS!

It is with this in mind that one can be sure that most of the companies on the Nasdaq exchange that were trading at multiples of sales in excess of 20 times, would fail to give one a positive return over the next five years (if ever).

The stories may have had great appeal, but to find companies with sales exceeding US$1 billion p.a. that continue to compound at 30% plus a year, for more than another five years, is a rare challenge. It is acknowledged that some have and do, but the statistical odds of identifying such companies are very poor indeed.

Here is another paradox, free money created two interesting entangled prospects; it allowed many start-ups to find funding that, in more settled circumstances, would have been scarce or absent, but in its abundance, it created far greater competition than would have been evident in a more traditional cycle. On the one hand, there was an increased prospect of value-destroying competition, but on the other, the prospect of ‘seemingly permanent’ low interest rates ratcheted up valuations and enabled venture capitalists to engage in profitable passing the parcel. We are now witnessing the unwind.

Back to the more prosaic world of investing. It is not about the shiny new thing. In fact, investor focus on the shiny new thing gives rise to the tired old thing becoming unusually boring and neglected and consequently under-priced, in terms of the formula described earlier.

Andrew Clifford and the team at Platinum have been trying to convey this idea since the firm started, but in the last 10 years of distorted interest rates, this has looked forlorn. We cannot know how inflation will develop in a world of apparent labour shortages, we cannot see a clear path of how central bankers will unwind their portfolios of bonds that are threatening the solvency of their balance sheets in the face of rising interest rates, but we can spend a lot of time on trying to understand the engine room of companies and what is the origin of their free cash flows. It is these free cash flows that will determine their worth and, in time, their price.

We look beyond short-term market turbulence caused by events of a transient nature to seek out ‘unfashionable’ companies whose actual worth is greater than the value implied in their present share price. Stay up to date with all my latest insights by clicking follow below, or visit our website for more information.

........
This article has been prepared by Platinum Investment Management Limited ABN 25 063 565 006, AFSL 221935, trading as Platinum Asset Management (“Platinum”). This information is general in nature and does not take into account your specific needs or circumstances. You should consider your own financial position, objectives and require-ments and seek professional financial advice before making any financial decisions. The commentary reflects Platinum’s views and beliefs at the time of preparation, which are subject to change without notice. No representations or warranties are made by Platinum as to their accuracy or reliability. Commentary may also contain forward-looking statements. These forward-looking statements have been made based upon Platinum’s expectations and beliefs. No assurance is given that future developments will be in accordance with Platinum’s expectations. Actual outcomes could differ materially from those expected by Platinum. To the extent permitted by law, no liability is accepted by Platinum for any loss or damage as a result of any reliance on this information.
save

Kerr, with the help of Andrew Clifford, founded Platinum in 1994, with a view to making money for investors by building portfolios of misunderstood companies that were experiencing change or mispricing due to transient factors or intuitive biases...

N
Norm Giocas
8th Feb, 22
A great article and well written. My philosophy to a tee. Now apply this to crypto and see how crypto stands up :)

Get investment ideas from Kerr Neilson when you sign up to Livewire Markets.