The best way to play the coming copper boom 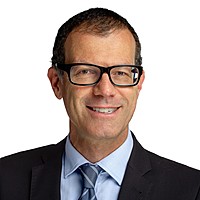 With the signing of the Paris 2050 agreements, industrialised nations are increasingly adjusting their economies to bring about a decarbonised world, or at least are attempting to move towards “net-zero” emissions. Most of the recent focus has been on the electrification of transport with many major automotive manufacturers ceasing R&D of the faithful internal combustion engine (ICE) and switching those funds to electric vehicles instead.

Volkswagen, for example, is targeting 60% electric vehicle sales in Europe by 2030, while in North America, GM said it will cease the sale of petrol/diesel cars and SUVs by 2035. In NSW, the state government recently announced incentives to encourage the take-up of electric vehicles. While cars grab most of the headlines, other important technologies include battery storage and advances in solar and wind power generation. In Australia, there is currently about 240MW of battery storage with a further 1,000MW under construction and almost 3,000MW proposed.

This has created an incredibly strong tailwind for the renewables industry and generated a lot of excitement around “new” energy metals, most notably lithium. The use of batteries and other storage media helps overcome the limitations of solar and wind. We believe strongly in this dynamic and have investments in lithium producers such as Pilbara Minerals (ASX:PLS) and associated rare earths in Lynas Rare Earths (ASX:LYC).

There is no doubt in our minds that lithium and rare earths have a central role in this new economy, as does solar and wind. Nuclear too, may have a place, as well as hydrogen, and old-fashioned fossil fuels will be around for years yet as the transition takes place. However the future evolves, there is one element that is common to all these outcomes, and that is copper. Regardless of the technology, copper alone is present. Already a 24Mtpa market, copper demand is set to grow strongly as the pace of electrification intensifies.

Copper is the second most conductive metal after silver but only about 1/90th of its price. It is highly ductile and more robust than competing metals like aluminium. It is used in every imaginable electrical device and is the most sought after of the base metals.

Consider the impact of vehicle electrification. A standard ICE uses between 8kg and 20kg of copper, but a battery electric car uses around 80kg, or 4-10x as much. An electric bus uses as much as 370kg of copper. To give these figures some context, look at Australian new car sales last year of almost one million vehicles. In simple terms, full electrification would mean an increase in contained copper from 10-20kt p.a. to 80kt p.a., which is more copper than Sandfire Resources produces in a year.

In electricity generation, a windmill uses about 4 tonnes of copper. In the Australian context, where wind accounts for ~8.5% of generation from around 2,700 turbines, the copper required, prima facie, is almost 11,000t. The world’s biggest producers of wind energy, China and the EU, dwarf Australia, having 30x and 21x more installed wind capacity, respectively. It’s hard not to be swayed by these figures, especially as demand for renewables capacity grows and hence, we view copper in parallel with lithium as a core part of a renewables theme.

Except for OZ Minerals (ASX:OZL), investment in ASX copper pure-play companies is the preserve of small caps. While there are a small number of listed producers, we are most excited by Eagle Mountain Mining (ASX:EM2). The company owns a brownfield project with existing resource in Arizona, which is the US’s top copper producing State. Drilling results to date are very encouraging. When the asset was last mined in the 1990s, the copper price was about US$1/lb (see chart below) whereas the price today is close to $4.50/lb. We have seen plenty of examples, especially in gold, where old mining areas have been successfully reopened on higher commodity prices. Reopening old mines is also likely, in our view, to be more successful in currently operating mineral belts. This is the case with reopening gold mines in Western Australia or, hopefully, a copper mine in Arizona.

Eagle Mountain has existing infrastructure, proximity to smelters and a pool of experienced labour. It is presently tripling its drilling rate and we expect to see news flow increase over the coming months. There is lots of work ahead for the company but with the strength of the electrification tailwind for copper, we believe further drilling success may result in a material uplift in valuation.

Eiger Capital is an active boutique Australian equities investment manager specialising in small companies. Click the follow button below to be the first to receive our Livewire insights.

Managed Fund
Eiger Australian Small Companies Fund
Australian Shares
View
........
This material has been prepared by Eiger Capital Pty Ltd ABN 72 631 838 607 AFSL 516 751 (Eiger). It is general information only and is not intended to provide you with financial advice or take into account your objectives, financial situation or needs. To the extent permitted by law, no liability is accepted for any loss or damage as a result of any reliance on this information. Any projections are based on assumptions which we believe are reasonable, but are subject to change and should not be relied upon. Past performance is not a reliable indicator of future performance. Neither any particular rate of return nor capital invested are guaranteed.
save

A
Ashley Drage
24th Jul, 21
Great article David. Really informative & eady to follow. You gave me a few great ideas & I'll be keeping an eye on the copper stocks covered in the article.

Get investment ideas from David Haddad when you sign up to Livewire Markets.