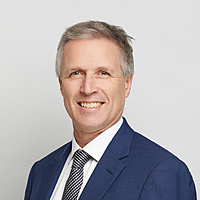 To highlight the impact of the clean energy transition on the Resources & Energy sectors we produced pie charts that compare the differences in commodity mix between 30 September 2020 and 30 September 2021. The two top charts are for Resources & Energy stocks in the top 100 of the ASX and the lower two charts are for stocks outside the top 100 but with a market capitalisation >$10m. The sectors are grouped according to the principal source of revenue (or value, for explorers and developers) based on market capitalisation. The main contributor to this growth were companies predominantly exposed to the clean energy commodities (i.e. EV metals), which increased from about 2% to 9%. However, this growth was driven by 4 new stocks that entered the top 100 of the ASX. In September 2020, copper producer Oz Minerals was the only company in this sector, but 12 months later it was joined by rare-earths producer Lynas and lithium-exposed companies IGO, Pilbara and Orocobre. Investors in the NextGen Resources Fund will recognise Lynas, Pilbara and Orocobre as 3 of the fund’s strong performers over the last 12 months. Therefore, clean energy commodities are a rapidly growing sector in the top 100 of the ASX, but the growth is coming from mid cap companies entering the large cap universe.

For Resources & Energy stocks outside the top 100 on the ASX but with market caps >$10m, major disruptions also occurred to the commodity mix. The decline in exposure of the gold sectors, which is also evident for top-100 stocks, was mainly driven by falling prices for precious metals. The other big change was the sharp growth in the exposure of EV metals, which increased from 20% to 26% over 12 months. It is important to note that Lynas, Pilbara, Orocobre and IGO were all part of this group in September 2020 but had moved into the top 100 by September 2021. Therefore, the value of companies comprising the EV metals sector grew significantly more than the amount shown in the second chart. This means over the last 12 months the majority of growth in Resources & Energy stocks outside the top 100 was generated by stocks exposed to EV metals.

Uranium was another commodity to grow strongly over the last 12 months. While the energy sector grew as oil gas and coal prices rebounded from their COVID-induced lows from mid-2020, uranium stocks experienced a particularly strong rebound. We include uranium among the clean energy commodities because many North American, European and Asian countries need to maintain, or possibly expand, their nuclear power base to meet emissions targets. No uranium-focussed stocks have entered the top-100, but if consolidation was to occur in this sector, then further disruption of the commodity mix is possible.

So, is this the end of a short and sharp disruption of the Resources & Energy sectors or only the beginning? At Acorn Capital we think it is only the beginning and that this major disruption has many years left to run. Moreover, we believe this data validates our strategy of targeting Resource & Energy companies outside the top 100 on the ASX but with market caps >$10m. This is the investment universe where growth is focussed rather than the household names of old. Investors should also note that identifying the best opportunities among the 625 small and mid cap companies in this universe requires deep technical and financial skills.

........
Important Notice The information in this article is general information only and does not take into account the financial objectives, situation or needs of any particular investor. Nothing in this article contains a recommendation to buy or dispose of any of the stocks noted. Any examples or information provided in this article are for illustrative and discussion purposes only and do not represent a recommendation or view on future events, and in no way bind the publisher of this website or its related parties. The publisher of this article is Australian Microcap Investments Pty Ltd ACN 127 745 395 (AMI). AMI is a wholly owned subsidiary of Acorn Capital Limited ABN 51 082 694 531 AFSL 227605. AMI is a Corporate Authorised Representative of Australian Unity Funds Management Limited ABN 60 071 497 115; AFSL 234454 (AUFM). The kind of financial service AMI provides as a Corporate Authorised Representative of AUFM is general financial product advice to retail and wholesale clients in relation to securities. None of AMI, AUFM, any employee or director of AMI or AUFM, or any associate of any of the above will receive any remuneration in respect of, or that is attributable to, the general advice given on this website. Neither AMI nor AUFM consider that there are any associations or relationships between them and the issuers of any financial products referred to in this article.
save

Commodities are in a bullish supercycle now

Is it too late to jump aboard the Lithium train?

Rick Squire has responsibility for the Energy and Materials – Resources sectors. He is a geologist with over 25 years of experience in the resources industry, including 9 years in mining finance and investment. Rick joined Acorn Capital 4 years...

Get investment ideas from Rick Squire when you sign up to Livewire Markets.