The greatest bubble you may never have heard of 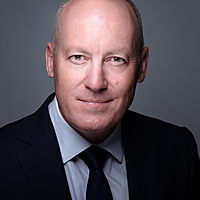 In the 1970’s, Arabian Gulf oil producing countries were swamped with “petro-dollars” received from selling their oil into the global oil crisis. Of particular interest to me was Kuwait where these petro-dollars were funnelled into their official stock market which, after rallying substantially from the flood of money, then suffered a small crash. This crash led the authorities to implement tougher stock market regulations (and a partial bailout) which in turn pushed many smaller investors into the technically illegal and, in any event, completely unregulated “Souk Al-Manakh” stock market (“Souk”).

Being completely unregulated the Souk had some unusual features; it was operated out of a parking garage (which fortunately was at least air-conditioned) and focused on highly speculative foreign shares (most of which had only recently been formed and had no operations and/or were investment companies that invested into other Souk listed shares). As the Souk grew (in terms of participants, turnover and market capitalisation) an age-old method of financing ever larger transactions developed – participants started using post-dated cheques. Simply, this meant that the seller of Souk shares accepted a cheque in payment for his shares that was dated, say, 6 months in the future. Culturally Kuwaitis believed that their counterparts would have the funds at settlement day, as to not have them would have brought shame on their family, hurt their prospects etc. Provided that all participants believed that the seller would have the funds available when the cheque was presented then they could post-date cheques themselves for the purchase of more shares.

When you think this through you can see that an almost infinite amount of credit could theoretically be created through the use of post-dated cheques – there are no independent checks or balances, no margin requirements and there is nothing to clear, so purchasers can continue issuing post-dated cheques and provided they are accepted by sellers then the price of the item being purchased (in this case shares traded on the Souk market) will tend to rise due to the credit expansion.

And that is exactly what happened.

As an amateur historian on financial market dislocations, I have long considered this to be ‘pound for pound’ the largest bubble that the world has ever seen. How could that be? They were investing in virtually worthless, and in the majority of cases fraudulent, shares on an “exchange” based in a parking garage. Well, by the time this market peaked in 1982 the market capitalisation of all the shares on the Souk market was the third highest in the world at US$100 billion behind only the USA and Japan (which was just starting to blow its own very impressive bubble at the time). So, bigger than the UK, France, Germany … and it was being traded out of a parking garage!

Some of the “returns” that had been achieved were spectacular; 100, 200, 1000 per cent returns per month were not unheard of and individual investors became multi-millionaires and even billionaires, on paper. The IPO market was also running hot; for example, one issue was purportedly 2600 times oversubscribed. And as happens during these manias the easy early “profits” dragged some people into the market who really should have known better, leading to a final blow off peak.

What happened then? For all intents and purposes, the Souk market just disappeared. The best explanation seems to be that in August 1982 someone finally got around to attempting to cash a cheque that had been issued by a 20 something passport office employee. Now, by some measure this young man was the most fearless borrower I have ever heard of (yes even more fearless than Australian residential property borrowers) and by some accounts he ended up with US$14 Billion of outstanding cheques. Eventually, apparently due to some sloppy administration, he ran into financial difficulties when one of his cheques was presented for payment and he was slightly overdrawn … by a mere US$3.4 billion! This then called into question the value of all outstanding cheques and the whole Souk market just disappeared, pretty much overnight.

The Kuwait government called for all questionable cheques to be presented and in total it seems that there were approximately 29,000 cheques with a face value of over US$90 billion outstanding at the time of the collapse. Most market participants had believed that the Kuwaiti government would bail out investors (as they had for the main market in the 1970s) but this was beyond the scope of the Kuwaiti government and the economic impact continued to be felt in Kuwait for decades.

So, the third largest stock market in the world (with a capitalisation of US$100 billion) became virtually worthless overnight – I certainly think that justifies the headline!

And this brings us back to more recent news. The total market capitalisation of the world’s crypto-currency assets has just passed US$2,500,000,000,000 (that’s US$2.5 trillion). People’s faith in technology and central bankers’ ability to manipulate interest rates appears to be absolute; and relatedly we have global credit expansion on a scale previously unimaginable. We have crypto currencies which can (with some notable exceptions) be issued infinitely and at effectively no cost, which are making millionaires and even billionaires by the month. Crypto market participants acknowledge that there is virtually no regulation (and see this as a positive) and, probably not unrelated, there is already reported fraud on a significant scale (as Charles Kindleberger has observed, normally fraud is discovered after an asset bubble implodes – not during it!). And I even suspect that a fair few of the participants are trading out of their own air-conditioned garages.

All the usual headlines and justifications are being trotted out; “it’s revolutionary”, “it’s essential”, “it’s the future”, “this time is different”, “Y is the new X”. And the not so usual: “EverGrow coin set to become the next Shiba Inu … gaining 28,000% in just 1 month”. And finally, we have the Commonwealth Bank of Australia announcing that they are joining the party …

It couldn’t just disappear overnight like the Souk market? Or could it?

........
This article contains general information and does not take into account your personal objectives, financial situation, needs, etc. In other words, we (David Guy and Leithner & Company Ltd AFSL 259 094) are expressly not providing any advice to anybody in this article and intend only to discuss topical investment subjects in a light hearted manner.
save
David Guy View Profile
Joint Managing Director
Leithner & Company Ltd