The pandemic of negative interest rates 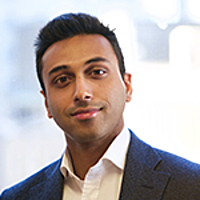 The idea of giving someone money and paying them for the privilege of holding it probably strikes most people as odd. However, with several central banks already implementing a negative rate policy and 34% of global government bonds outstanding trading at subzero yields (see chart 2 below), it’s now a well-established feature of global financial markets.

Recently, both the Bank of England and the Reserve Bank of New Zealand have signalled their intention of joining the negative rate club, sending both government bond markets into negative yielding territory in anticipation. Although the RBA has pushed back on taking the cash rate negative, it’s no longer a far-fetched scenario. Investors should be prepared for the possibility.

* The Swedish central bank raised the policy rate back to zero in December 2019, although short-term bond yields remain negative. US Treasury bill yields briefly traded negative during the March volatility. As at 25-September-2020. Source: Bloomberg, Betashares; as at 25 September 2020

Why do negative rates exist?

It’s unlikely that any central bank wanted to go negative, but the fear of deflation may have forced them. By taking nominal interest rates negative, they are still able to lower real rates in a deflationary environment, potentially fuelling demand throughout the economy and flipping expectations to become more inflationary in nature. That’s the hope anyway…

The other, less official, reason is simply to weaken the currency. The problem is exchange rates are relative and currency wars tend to be zero sum games. It’s also likely that instead of stimulating credit growth, negative rates can have the opposite effect, as savings rates are forced higher as interest and investment income is no longer enough to meet retirement needs of ageing populations.

A third explanation isn’t related to central banks so much, but an excess of global savings and a shortage of safe, liquid assets. Many large institutions are simply willing to pay for safe return of their capital or are forced to buy government bonds for regulatory reasons. Furthermore, government bonds are the most sought-after collateral in secured money markets and over the counter derivatives transactions, further restricting supply for investment.

It may be a surprise to hear that many of us are probably already investing in negative yielding debt, either through broad global bond index funds or our superannuation.

Regarding the question of whether negative yielding securities are always a bad investment, the answer surprisingly is “it depends”.

A negative yielding bond could still be yielding more than cash or money market securities (i.e. cash or money markets could be even more negative), creating excess returns for investors who borrow shorter-term and invest longer-term. In addition, long-term bonds could be yielding much more than shorter maturity bonds, which can then generate positive total returns through yield curve rolldown. This is where capital gains accrue simply from yield declines associated with the passage of time (assuming the relationship between maturity and yield is positive) in the early part of a long-term bond’s life, rewarding investors who continuously rebalance into new long-term bonds.

Finally, yields can go even more negative if the economic environment continues to deteriorate, creating capital gains. Remember that price and yield are inversely related – as yields become more negative, the price of a bond will increase, all else being equal.

One example is the German 10-year bond, which has frequently traded at negative yields since June 2016 but generated positive annualised total returns (+1.55% p.a. in Euros for the Bloomberg Barclays German Government 7-10y total return index between 14 June 2016 and 25 September 2020) and significant excess returns relative to an investment in overnight EUR cash.

Also, global bonds are typically hedged back into the currency of the investor. A negative yielding bond in one currency might be positively yielding after the impact of currency hedging is taken into account (and vice versa), due to the rolling of forward forex contracts generating its own yield (either positive or negative). All that said, many investors will still refuse to invest in negative yielding debt, which is understandable.

However, although it may be tempting to simply take on more risk to enhance expected returns, we should be careful about fundamentally changing our strategic asset allocations. High dividend-paying equities can still be very volatile with significant drawdown risk, as March showed.

Taking on credit risk (i.e. investing in fixed income from higher risk issuers) can also be problematic during a crisis period as credit and equity risk becomes highly correlated, with liquidity of corporate bonds, securitised vehicles and close-end credit funds deteriorating during such episodes. If everyone is chasing yield, very few will get it.

One of the key roles of fixed income in a diversified portfolio is to provide defensive benefits during periods of equity market weakness.

Maintaining positive total returns while retaining these characteristics without taking on excessive credit and liquidity risk in our defensive allocations is still possible. One option is combining bank deposits and long-dated government bonds (such as those available from our Australian Government Bond ETF (ASX: AGVT)) to create a ‘barbell’, which can provide positive overall yields while still providing exposure to parts of the government bond market that can generate capital gains (as yields can still fall meaningfully).

The experience from Europe and Japan has shown that interest rates on bank deposits tend to be ‘sticky’ and can remain positive years into a negative rate policy environment. If the RBA does go down the negative rate route, bank deposits will likely remain at zero or above, as deposits are a very important and stable funding source for the Australian banks.

Even if the cash rate isn’t taken into negative territory, other policies like extending yield curve control and introducing an asset purchase target may flatten the yield curve, bringing down long term yields and producing meaningful capital gains. The RBA is a long way from achieving either its employment or inflation goals, so further easing should be expected. It’s worth remembering that long-term bonds are more volatile than short term bonds, so investors can allocate an increased weight to bank deposits to keep overall interest rate risk manageable. There are risks associated with an investment in AGVT, including interest rate risk, credit risk, market risk and index tracking risk. For more information on risks and other features of AGVT, please see the Product Disclosure Statement, available on our website

Responsible for the portfolio management function and fixed income product development at Betashares. Previously, Chamath was a fixed income trader at the RBA, working in their international reserves section in Sydney and London.