The rise and rise of high PE 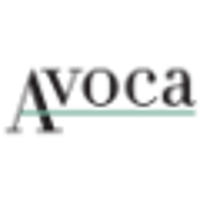 We have been cautious on the (inflated) prices of quality / long duration equities for the past two years. Over this time, the valuation metrics of these quality equities have gone up, in some cases dramatically. The metrics of pretty much every other equity style (e.g. industrial cyclicals) have remained unchanged or even fallen (REITs). A key factor driving that dichotomy has been QE and the resultant flattening of the yield curve. QE is tailing off and we will see how this impacts but it seems reasonable to assume that just as it was a positive driver of inflated equity valuations as it ramped up, it will be a negative driver as it ramps down.

More recently, the curve ball of trade wars has been introduced to the mix which investors have interpreted as negative for industrials / resources and neutral for technology / quality. Our base case is that trade wars will eventually be resolved (otherwise Trump’s supporter base will be hurt, which he will be at pains to avoid).

In an Australian context, the upshot of all this has been to propel many equity names to near all-time high valuation metrics. For instance, Cochlear has been rerated from a prospective PE of 30x early 2017 to 43x today –in spite of EPS downgrades. You have to go back to the tech wreck period to find a higher PE for Cochlear (when Cochlear was significantly underpenetrated globally and had decades of doubledigit sales growth in front of it). With quant momentum now dominating FUM flows, who can say what turns these valuation excesses around and when?

1) FY18 and FY19 small industrials EPS consensus was downgraded by -4% and -3% respectively (worst outcome in three years); and

In fact, four of the highest PE names (Afterpay, Appen, Altium and WiseTech) provided > 60% of XSO’s returns for the month.

Although all four names issued positive guidance, the consensus change to forecasts was minimal and left many sell-side pundits scratching their heads. Some quotes from post-reporting season summaries are instructive.

Goldman Sachs: “Struggling to make sense of the moves… high quality stocks had a record earnings season that looked very disconnected to fundamentals.”

JPMorgan: “The August 2018 results season will be remembered for the rise and rise of high PE / high momentum names. On our reckoning, the multiple of the top PE quintile leapt 4.2pts in August. In of itself an extraordinary move, made much more so by the fact that EPS for this cohort fell on average.”

At some point, this quant-led, valuation unaware merrygo-round will stop, potentially abruptly. The question for investors is: how long do you play chicken with these vastly inflated quality names?

Get investment ideas from Avoca Investment Management when you sign up to Livewire Markets.