The strategic value of amaysim 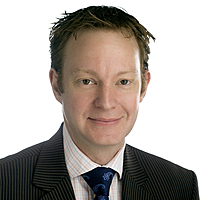 Amaysim Australia Limited (“amaysim”) is the largest mobile virtual network operator (“MVNO”) in Australia and the fourth-largest mobile service provider overall with over 1 million subscribers. On 2 November, amaysim announced the sale of its mobile business to Optus delivering value to shareholders of between $0.78 and $0.84 per share (the “Transaction”). The Transaction is subject to shareholder approval. In our view:

With a shareholder vote to be scheduled for January, we think the amaysim story has further to run and have continued to add to our position in the stock.

On 2 November, shareholders were notified that amaysim had entered into an agreement to sell its mobile assets to Optus for $250 million. In an unusual and arguably unattractive structure, shareholders have been offered three cash distributions totalling $0.67-$0.73 per share, with $0.11 per share worth of franking credits attached. Then, with all its assets sold, management would wind up the corporate entity.

Further, shareholders will receive a headline control premium of just 4.5% to the 29 October 2020 closing share price. It is notable that Andrew Reitzer was Chairman of amaysim at the time of its initial public offering and is now recommending shareholders sell their shares at a 59% – 63% discount to amaysim’s initial offering price of $1.80.

The timing of the offer coincides with amaysim launching a competitive tender for a new NSA which opens to door for the transfer of approximately $150 million in annual revenue from Optus to TPG or Telstra.

On a standalone basis, we value amaysim at between $0.67 and $1.43 per share. Our valuation estimates are based on earnings before interest and tax (“EBIT”) margins of between 5% and 10% and EBIT multiples of between 10 and 15x. The margins applied are arguably conservative when compared to margins for other resellers which have historically fallen within a range of 5% to 15%. It is interesting to note that Telstra this week indicated it was targeting “mid-teens nbn resale EBITDA % margin by FY23”*. The multiple applied is underpinned by amaysim’s capital light business model and 100% domestic earnings flowing through as franking credit rebates for shareholders. This is consistent with Merlon’s philosophy and process to focus on sustainable free cash flow and franking credits.

We would expect the independent expert report commissioned by the board to value amaysim with careful regard to long-term reseller margins noting that it is extraordinarily difficult to justify a long-term EBIT margin assumption below 5% on the basis of proper analysis.

In addition to the valuation components outlined above, amaysim is in the midst of a review process with Optus. If that review process is successful amaysim will receive a refund against certain wholesale payments made over the period from 1 June 2019 to 31 May 2020. In its latest annual report amaysim stated that:

“While amaysim believes a positive outcome of the Review Process is probable, it is not virtually certain as the outcome of the Review Process is dependent on factors outside of amaysim’s control. Accordingly, no amount has been recognised as a reduction in wholesale costs or as an asset on the balance sheet for the current or prior financial years in respect of this matter.”

Value of the Network Services Agreement

Over the course of the past decade, amaysim have paid Optus network services fees of approximately $1 billion, representing around 70% of amaysim’s revenue. This is disclosed as “cost of sales” in amaysim’s accounts. The NSA between amaysim and Optus runs until 30 June 2022 so much is at stake.

Based on a more conservative 65% share of consensus amaysim revenues, the NSA will deliver FY21 revenues of around $150 million representing 6% of SingTel’s forecast profit before tax and over 100% of Optus’s EBIT for the half year ending September 2020.

Optus is not the only network owner in Australia and the NSA could be transitioned to either TPG or Telstra. Revenues from the NSA would represent a massive 32% of TPG’s forecast profit before tax and 6% of Telstra’s projected profit before tax.

It is difficult to know how high the contribution margin from wholesale revenues might be to a network operator. In the short term, incremental costs of 1 million customers to a network could be very low. In the long term, more network traffic could result in higher capital costs.

Assuming a 10 year contract, the present value of a new NSA to a network provider would be between $0.3 billion and $1.0 billion. Both Telstra and TPG would have an additional hurdle compared to Optus as they would need a SIM swap, but we have allowed for this in our analysis. We assume 20% of amaysims’ revenues would be lost.

Strategic Value of the amaysim Brand to an Acquirer

Optus is not the only network owner building challenger MVNO brands to support their head brand. Telstra has been growing belong since 2013 (yet only has 400,000 subscribers), TPG is launching Felix, and Optus launched Gomo on 2 November. Any of these players would likely find Australia’s largest MVNO and established brand advantages, but particularly in the case of Optus and TPG whose challenger brands are less established than belong.

It is worth noting that the amaysim brand carried a net promotor score of +57 as at May 2020 and has a position as the least complained about telecommunications company in the country as reported by CommsAlliance.

We anticipate that outside marketing and brand expenditure, much of amaysim’s operating infrastructure could be absorbed by a larger operator. Assuming amaysim’s mobile marketing expenditure is sustained at 10% of revenue and network costs equating to 65% of revenue, amaysim would generate a variable contribution margin of approximately 20% to a larger acquirer.

Of course, there would be some costs associated with servicing an additional 1 million subscribers but we anticipate between 50% and 80% non-marketing costs could be absorbed.

The Investment Case for TPG

Comparing the two potential interlopers, TPG seems the more likely candidate. Not only is the financial benefit proportionately greater, but the strategic fit is stronger. TPG has significant unused 4G & 5G spectrum capacity^ post the Vodafone merger and could accommodate amaysim’s customers on its network. Further, as Felix is yet to launch there would no chance of cannibalisation compared to TLS’ more established belong.

Hypothetically, the acquisition of amaysim by TPG at $1.50 per share would result in between 28% and 34% pro-forma accretion to estimated 2021 earnings.

We understand major shareholders would strongly prefer a scheme of arrangement structure over the asset sale proposal from Optus that undermines shareholder rights and is highly complex.

We further understand that amaysim directors would have preferred a scheme of arrangement but Optus was uncomfortable with indemnities and transitional services arrangements associated amaysim’s recent divestment of Click Energy. As such, Optus may be unwilling to match an alternative proposal structured as a scheme of arrangement even though these aspects could be easily de-risked through appropriate due diligence.

If an alternative suiter acquired a strategic stake in amaysim ahead of making a proposal under a scheme of arrangement it would be impossible for Optus to match the offer without the support of the alternative acquirer. Based on the undervalued and governance light structure currently proposed by Optus, existing shareholders may well be willing to facilitate just such an outcome.

The question must be asked as to why amaysim directors would recommend a Transaction that (a) undervalues amaysim; and, (b) undermines shareholders rights. If there is no alternative offer and the NSA tender process has not been run to ground, directors run the risk that the Transaction is voted down which would be a vote of no confidence paving the way for a board shake-up.

The directors’ positions are particularly tenuous because ‘no shop’ and ‘no talk’ provisions in the Share Sale Agreement (“SSA”) inhibit their abilities to solicit a better deal. Notwithstanding our commentary suggesting Optus may be unwilling or unable to enter into a scheme of arrangement, the SSA also contains ‘matching rights’ which may deter alternative suiters.

All that said, the Transaction will certainly bring the NSA tender process to a head quickly. We see four possible outcomes:

Possible Outcome 1 – A Better NSA Deal: A new NSA emerges between now and January that shares more value with amaysim resulting in a higher standalone valuation for the stock. This will likely result in shareholders voting down the current Optus proposal.

Possible Outcome 2 – A Superior Offer: An interloper emerges between now and January, possibly with the support of major shareholders which would undermine Optus’s matching rights.

Possible Outcome 3 – Shareholders Support the Transaction: To support the transaction, shareholders will need to be convinced that there is very little prospect of an equivalent or better NSA deal emerging. Given the value of the NSA to network operators of up to $1 billion, this will be a hard sell for the board.

Possible Outcome 4 – Shareholders Reject the Transaction: If the board fail to extract an equivalent or better NSA deal ahead of the January vote and there is no alternative offer it will reflect poorly on their skills as negotiators and directors. In these circumstances, shareholders may seek to appoint more capable agents to act on their behalf.

We watch with interest.

Stay up to date with the latest news from Merlon Capital Partners by hitting the 'follow' button below and you'll be notified every time I post a wire.

LIVEWIRE FUND PROFILE
Merlon Capital: Merlon Australian Share Income
........
Disclaimer This material has been prepared by Merlon Capital Partners Pty Limited (ABN 94 140 833 683 AFSL 343 753) (Merlon). It is general information only and is not intended to provide you with financial advice or take into account your objectives, financial situation or needs. To the extent permitted by law, no liability is accepted for any loss or damage as a result of any reliance on this information. Any projections are based on assumptions which we believe are reasonable, but are subject to change and should not be relied upon. Past performance is not a reliable indicator of future performance. Neither any particular rate of return nor capital invested are guaranteed. *See https://www.asx.com.au/asxpdf/20201112/pdf/44ps52qvlz3mkf.pdf ^ www.afr.com/companies/telecommunications/how-the-new-look-tpg-could-transform-the-mobile-market-20200703-p558nh
save

Hamish joined Merlon Capital Partners as a Principal in July 2010. He was previously Head of Research, Asia Pacific Equities at AMP Capital Investors. Hamish holds a MBA with honours from The Wharton School, University of Pennsylvania.

Get investment ideas from Hamish Carlisle when you sign up to Livewire Markets.