This gaming stock is making ground on its competitors 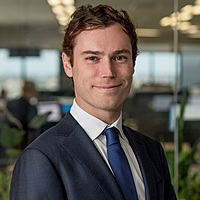 Back in April we wrote up our thoughts on one of Airlie’s core holdings, Tabcorp (ASX:TAH), prior to its demerger of The Lotteries Corporation. As part of the demerger, Tabcorp shareholders received one share in The Lotteries Corporation for every one share of Tabcorp they owned. Now that the demerger has taken place, we thought it prudent to provide a short update on some of the recent developments. At the time of writing, the demerger trade has performed well. From 24 May 2022 when the demerger took effect, the combined Tabcorp-Lotteries trade has risen 5% versus an 8% decline in the S&P/ASX 200 Index.

While our last update focused on the infrastructure-like qualities of The Lotteries Corporation, we are now starting to see some value emerging in the remaining Tabcorp entity, where the wagering, media and gaming services businesses are held.

The lion’s share of value here comes from the wagering business that, operating under the TAB brand, holds the exclusive retail and totalisator licences across all Australian States and Territories, excluding Western Australia.

In compensation for this retail and totalisator exclusivity, Tabcorp pay higher taxes and product fees than online bookmakers such as Sportsbet. As punters increasingly elect to bet through digital channels as well as in fixed odds rather than the tote, the value of this exclusivity has declined, and the associated higher fees and taxes are no longer economic for Tabcorp. While the introduction of the point of consumption tax (POCT) in 2019 has rectified some of this imbalance, there continues to be a material ongoing cost disadvantage for the company. For instance, Tabcorp currently pay around 66% of revenue towards taxes and industry fees compared to just 43% of revenue for market leader Sportsbet.

In just the few weeks since the demerger, Tabcorp management has already made substantial progress in reducing this cost disadvantage.

As part of the settlement of Tabcorp’s dispute with Racing QLD, the Queensland Government has announced reforms to the State wagering tax, which will have the effect of levelling the playing field between Tabcorp and online bookmakers. Had these reforms been in place in 2021, Tabcorp’s tax rate would have fallen from 44.5% of revenue to 35% of revenue, generating an extra $30 million of profit.

Furthermore, the New South Wales Government has also announced an increase in the POCT to increase from 10% to 15% with effect from 1 July 2022, as well as announcing its intention to review the wagering tax regime over the coming years. From 1 July 2022, Tabcorp will receive transition payments over 18 months to ensure they are ‘no worse off’ under the POCT increase. Once the transition period is over, and if no further reforms have been implemented, this would theoretically result in a $16 million reduction in EBITDA for Tabcorp based on 2021 numbers. At face value this may not seem like a great result for the company; however, we consider the impact on online bookmakers is likely to be far more severe, helping to reduce the margin differential.

Tabcorp has formed the Fair Play Coalition with the Australian Hotels Association to jointly lobby the remaining State Governments for further wagering tax reform. At the recent Tabcorp investor day, management also suggested a change in the POCT in the Australian Capital Territory was likely imminent. We consider these likely developments will represent material progress towards levelling the field between Tabcorp and online bookmakers.

While increases in regulation are often assumed to hamper the affected industry, the increases can actually have the opposite effect, increasing barriers to entry and resulting in a more rational market.

Changes to the POCT have dramatically decreased the variable contribution margin for industry participants. For instance, Sportsbet’s variable contribution margin has fallen from 75% in 2017 to 57% today, and we expect a further decline given the announced changes to the POCT in Queensland and New South Wales(1). From the perspective of a new entrant, this is a dramatic reduction in the percentage of turnover that can be spent on product development, marketing, and other expenses essential to gaining scale and creating a viable business. This perhaps explains why the industry has undergone material consolidation over the last decade, shrinking from around 10 key players in 2009 to around just six today.

Despite the regulatory changes, we consider that the industry economics remain attractive; total market wagering turnover has grown at 6% compound annual rate over the decade to 2019 and scale operators exhibit healthy margins and strong returns on capital employed.

Tabcorp are the second-largest operator in the Australian wagering industry(2), with over $16 billion in turnover. Tabcorp are also the second-largest operator in that industry on a digital stand-alone basis, with over $9 billion in digital turnover equating to around 20% market share. While this market share has declined over time, in recent periods it has begun to stabilise. Now that Tabcorp is its own separate entity, this could mean management can make more long-dated investments in product functionality and customer service. For instance, the company is in the process of launching its new app that will allow for quicker time-to-market for new products and features, which had previously been a sticking point for the company due to regulatory hurdles. We consider that these steps should help to further stabilise market share moving forward.

It’s also worth mentioning that there have been material on-market share purchases by Tabcorp management in recent weeks. While insider buying is never the foundation of a thesis, it is nonetheless an important signal, particularly for a situation like Tabcorp where the business is facing material structural headwinds, navigation of which will in part rely on strong management execution.

Tabcorp’s enterprise value currently sits at around $2.5 billion (including the Queensland settlement), which implies an earnings before interest and tax (EBIT) multiple of ~13x on a normalised basis. The balance sheet is healthy with net debt of less than $100 million and very strong free cash flow generation. Capital expenditure is currently running around $120 million below depreciation and amortisation, so the free cash flow multiple is closer to 10x(3). Scale begets scale in wagering, allowing for higher investment in product functionality, generosities and marketing, all of which can lead to greater scale and profitability. While there is no guarantee of success and some material hurdles for management to overcome, we think that buying Australia’s second-largest operator on 13x EBIT looks like a solid bet.

This year’s collection of investment perspectives features our experienced and proven team of portfolio managers and analysts. We share our advice on investing in today’s ‘extreme’ market conditions, explain why most owner-managed businesses succeed in the long term, and unpack a number of companies that we believe are strongly positioned for the year ahead. Learn more here.

........
(1) Sportsbet Investor Day presentation, September 2021. (2) Tabcorp Investor Day, June 2022. (3) Company filings, Airlie estimates. This material has been delivered to you by Magellan Asset Management Limited ABN 31 120 593 946 AFS Licence No. 304 301 trading as Airlie Funds Management (‘Airlie’) and has been prepared for general information purposes only and must not be construed as investment advice or as an investment recommendation. This material does not take into account your investment objectives, financial situation or particular needs. This material does not constitute an offer or inducement to engage in an investment activity nor does it form part of any offer documentation, offer or invitation to purchase, sell or subscribe for interests in any type of investment product or service. You should read and consider any relevant offer documentation applicable to any investment product or service and consider obtaining professional investment advice tailored to your specific circumstances before making any investment decision. A copy of the relevant PDS relating to a Magellan financial product or service may be obtained by calling +61 2 9235 4760 or by visiting www.airliefundsmanagement.com.au. Past performance is not necessarily indicative of future results and no person guarantees the future performance of any fund, the amount or timing of any return from it, that asset allocations will be met, that it will be able to implement its investment strategy or that its investment objectives will be achieved. This material may contain ‘forward-looking statements’. Actual events or results or the actual performance of an Airlie financial product or service may differ materially from those reflected or contemplated in such forward-looking statements. This material may include data, research and other information from third party sources. Airlie makes no guarantee that such information is accurate, complete or timely and does not provide any warranties regarding results obtained from its use. Statements contained in this material that are not historical facts are based on current expectations, estimates, projections, opinions and beliefs of Airlie. Such statements involve known and unknown risks, uncertainties and other factors, and undue reliance should not be placed thereon. This information is subject to change at any time and no person has any responsibility to update any of the information provided in this material. No representation or warranty is made with respect to the accuracy or completeness of any of the information contained in this material. Airlie will not be responsible or liable for any losses arising from your use or reliance upon any part of the information contained in this material. Further information regarding any benchmark referred to herein can be found atwww.airliefundsmanagement.com.au. Any trademarks, logos, and service marks contained herein may be the registered and unregistered trademarks of their respective owners. This material and the information contained within it may not be reproduced, or disclosed, in whole or in part, without the prior written consent of Airlie.
save

Get investment ideas from Will Granger when you sign up to Livewire Markets.