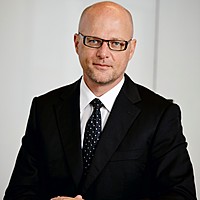 Prompted by some less than ideal M&A transactions, we feel it necessary to highlight a disappointing recent trend in the Australian REIT market: the return of externally managed A-REITs.

Thanks to local pioneers such as Stockland’s Ervin Graf, in the late 90’s the Australian REIT market transformed from an industry dominated by closed-end externally managed REIT structures, whereby the REIT pays fees to outside parties for operational and corporate functions, to an industry dominated by internal management, whereby the operational and corporate executives are largely employed within the REIT platform.

We can show numerous examples in the local market of the long-term performance divide between internal and externally managed vehicles operating in the same or comparable property sectors. Unsurprisingly, superior returns are typically generated by the internally advised REIT structures.

It should be recognised that there are few externally managed REITs that could be described as world leaders in their field. Often the true ambitions of management are exposed which puts a cap on growth or they are re-organised to overcome the compromised structures. Perhaps this demonstrates capital markets are sensible… eventually.

For full disclosure we invest in externally managed vehicles in a measured fashion, particularly in our ASX-focused mandates, rarely in our global strategies where we are spoilt for choice. Our investment in externally managed REITs requires a higher discount rate and the need to be prepared to become actively engaged with management and other stakeholders when we see clear evidence of management acting contrary to investors best interests. It is always our clear preference to support alignment of interests between investors and management.

Sometimes justified as a function of an initial lack of size, the creation of closed-end externally managed REITs often relies upon fashionable themes to capture investor attention and overcome corporate governance flaws. Whilst the investment theme is sometimes transitory, the corporate governance flaws inherent with external management are more permanent and constantly threaten to overshadow the original investment objective. This often results in suboptimal long-term investment outcomes for unitholders, whilst creating enduring wealth for the management businesses. It is possible to mitigate some of the flaws, but few do so.

Hence, it is disappointing to see that several recent A-REIT IPOs have been brought to the market with closed-end external management structures. It is even more disheartening to see some current M&A deals taking place which will see internally advised REITs effectively become externally managed via takeovers paid for largely in the form of scrip.

ALE Property Group (ASX: LEP), one of Australia’s if not the world’s most successful REITs over the past 20 years, is to be taken over by a consortium including an externally managed REIT. The chart below highlights ALE’s outstanding long term performance vs local and international industry benchmarks.

ALE – I’ll drink to that

An owner of pubs, ALE’s exceptional long-term performance was underpinned by management’s appreciation of the outstanding qualities of the real estate including the favourable “triple-net” lease structures, prudent debt levels, avoidance of unnecessarily raising equity and frugal management ultimately focused on maximising cashflows to unitholders.

A relatively small platform in something of a niche sector, if there was one criticism that could be levelled at management, it was that they erred on the side of caution, missing opportunities to enhance the vehicle through bolt-on acquisitions – but given its returns, that would be grossly unfair.

This leads us to the other curious current case of Aventus Group (ASX:AVN), an integrated owner, manager and developer of large format retail centres. This A-REIT started life in 2015 as an externally managed REIT and, as is par for the course, in 2018 unitholders paid $142m to internalise the management structure. One of key reasons put forward to internalise was to improve corporate governance.

Post internalisation, the company has been showing promise, establishing itself as an outstanding player in a niche part of the real estate market. Indeed, internalisation was a key factor driving our decision to take a significant exposure to Aventus.

Unfortunately, AVN’s directors have recently elected to support a take-over principally by an externally managed structure headed by real estate funds manager HomeCo (HMC). AVN shareholders are largely being given scrip in HomeCo Daily Needs REIT (ASX:HDN), which is managed by HMC.

AVN unitholders have been told they will be better off due to slightly higher earnings (largely driven by proportionately higher debt) and increased scale. Yet AVN could have generated the same earnings growth by itself levering up, and we have never been focused on size as a measure of value. Interestingly, the merged company will be led by the existing AVN management team. Given consideration is largely in the form of paper, not cash, we can’t quite understand what tangible benefits HomeCo brings to the deal.

The sweetener in the deal is that AVN shareholders will also be given a small amount of consideration in the form of shares in the management company, HMC, thereby trying to compensate for the weakened corporate governance. It is a complicated deal, and largely involves swapping pieces of paper, the value of which is ultimately far from certain. These factors matter but what concerns us most is that corporate governance is compromised.

So we ask: why would the AVN board accept such a deal based largely on swapping pieces of paper handing control to an organisation without an established track record? In our opinion, the downside risks to the deal seem to significantly outweigh the potential benefits.

We strongly believe this deal is a retrograde step for AVN shareholders and the local industry generally. Investors should not accept the compromised structure and should vote against.

For us it’s disappointing that there are so many distractions from a sector which should be a simple and transparent story of long-term wealth creation if not preservation. As active managers we want more choice, but not if it comes at the expense of corporate governance best practice.

The absurdity of the situation might best have been summed up by George W Bush "There's an old saying in Tennessee - I know it's in Texas, probably in Tennessee - that says, 'Fool me once, shame on...shame on you. Fool me - you can't get fooled again.'" – Nashville, Tennessee; September 17, 2002.

In the case of an externally managed REIT, the entity’s sole activity is effectively the ownership of property. Whilst a Board oversees the entity, it has no employees and capital, asset or property management capabilities. All of the “active” functions are carried out via a separate, i.e. external, management services entity which has a contract to carry out various services. The management company is paid fees with presumably the objective of generating a profit margin for its own shareholders. They are described as closed end structures as investors cannot redeem their funds from the REIT, investments can only be sold to other investors typically on the stock market. Management does not need to stand for election. Hence the closed end REIT is often described as permanent capital.

History suggests that externally managed vehicles are prone to growing through acquisitions as annual fees to the manager are typically based on gross asset size, and acquisitions generate transaction and other fees for the manager. Thus, the manager is incentivised to add properties, often on the pretence that it adds short term to earnings per share, but with limited emphasis on long-term value creation. Hence, management’s interests of generating higher fees are not necessarily aligned with REIT investors. It is very difficult to remove the manager and hence, as the vehicle is a closed end structure, fees tend to be entrenched.

Internally managed REITs are far from perfect but most of the functions are carried out by employees and executives employed within the REIT structure. It has a shareholder elected Board, with independent directors providing oversight, which is responsible for monitoring the performance of management, determining their remuneration levels and of terminating their services if appropriate. There are clear mechanisms for investors to remove the Board and management. Typically, this creates the best possible circumstances for their interests to be aligned with REIT investors.

Click 'follow' to keep up to date with wires from Andrew Parsons and the Resolution Capital team, or visit rescap.com to discover more.

Andrew is a founding member of Resolution Capital and the firm’s Chief Investment Officer. He has over 30 years of experience in global financial and property markets. Prior to founding Resolution Capital, Andrew worked for the Australian Stock...

J
Joe chamizo
6th Nov, 21
Not to mention the realised capital gain that will be generated by the takeover of ALE as there wil not be any rollover relief.

Get investment ideas from Andrew Parsons when you sign up to Livewire Markets.