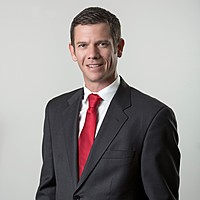 In 1934, just five years after the great crash of 1929, Benjamin Graham and David Dodd published the first edition of “Security Analysis”. At 1.2 kilograms and 752 pages, the hardback version of this investment classic is hardly light reading.

But if you had to pick a key concept from the book, and summarise it in a sentence, the below quote from Horace might be a good starting point. Perhaps that is why those words earned their position at the very start of the book, before the extensive list of contents.

The concept of mean reversion is a very real feature of financial markets. As we will see, it may contribute to a reliable investment strategy. But why? Because people generally feel far more comfortable backing recent winners than recent losers. Ironically, this behavioural trait creates an opportunity for contrarian investors to outperform by favouring recent losers.

The contrarian approach to investing is perhaps as old as investing itself. In 1815, the British economist David Ricardo made a fortune buying British government bonds at deeply depressed prices, just before the Battle of Waterloo. What did Ricardo recognise that led him to assess this as a great investment opportunity? As Richard Zeckhauser put it:

“He was not a military analyst, and even if he were, he had no basis to compute the odds of Napoleon’s defeat or victory, or hard-to-identify ambiguous outcomes. Still, he knew that competition was thin, that the seller was eager, and that his windfall pounds should Napoleon lose would be worth much more than the pounds he’d lose should Napoleon win. Ricardo knew a good bet when he saw it.”

Speaking of good bets on underdog governments, I placed a bet on the Coalition to win the Australian Federal Election in May this year. The chart below shows the available odds for this outcome leading up to the election.

When the consensus is wrong The Coalition was a slight underdog from the start. But the odds continued to widen until the eve of the election when it was possible to set a payoff of 14 times one’s money for a Coalition win. When it appeared the “improbable” event might actually occur, the odds reverted violently and the bet could be closed at a large profit.

While it was impossible to know the true probability for this outcome, it seemed to be higher than the 7 per cent implied by odds of 14. A payoff of $14 for every $1 at risk therefore suggested an unreasonably cheap price, which more than compensated for the risk of loss on this contrarian bet.

Sadly I didn’t bet quite as much as David Ricardo staked on British bonds before Waterloo, and remain in full time employment.

The balance between buyers and sellers, (or lack thereof), is central to this idea. We often hear comments about stocks like “everyone is buying it” or “everyone is selling it” or “investors are moving from shares into cash”. But none of these can be correct. For someone to buy a share, someone must sell. For someone to sell, someone must buy. And for investors to move from shares to cash, an equal amount must move from cash to shares.

What such comments really mean is that more investors want to move in one direction than the other direction, creating an imbalance, and so the price must move. When sentiment is negative, there may be many willing sellers and few willing buyers at the prevailing price. So if the would-be seller really wants to sell, they will have to drop the price. In this case the buyer faces little competition and has all the bargaining power.

While prevailing sentiment is usually based on reality, it is also the case that investors often overreact, sometimes strongly. This overreaction can result in securities being priced far above (or below) fair value.

If the price has overreacted, the subsequent return may be extreme in the other direction – either positive or negative – as the overreaction is recognised as such, and corrects accordingly.

We can highlight this by looking at the US stock market around the time that “Security Analysis” was written – a time that captures the extremes of sentiment in both directions.

The chart below is based on data from Robert Shiller. The black line shows the S&P 500 Price Index from 1928 to 1935. The grey line shows the subsequent five year annualised return of that index from each point in time. The dotted box contains the time period during which an investment would have earned a five year annualised return of 10% or more. Taking this period as an extreme case study, we can make a few observations…

Firstly, had you invested in the broad share market in September 1928, a year before the peak, it would have initially seemed like a wonderful decision. Over the following year you would have experienced a 48% return on your investment (before dividends). However, for the longer term investor, all of this gain and more were soon given back, with a five year return of negative 13% per annum.

For those unfortunate enough to invest at the absolute peak of exuberance in September 1929, the five year return would have been a horrific negative 22% per annum, (or 72% in cumulative terms). From there you would have had to wait 25 years to get your money back, and that is just in nominal terms.

“You pay a very high price in the stock market for a cheery consensus.”

In contrast, had you been astute, patient or lucky enough to wait two years - to late 1931 - the Great Depression was now in effect. Sentiment had turned unequivocally negative, willing buyers were scarce, and the share market had fallen more than 60%. While the future looked grim, investing at these lower prices meant a much better than average return over the next five years.

Hindsight, as they say, is a wonderful thing. Making this decision in real time would likely have been beyond most investors’ emotional capacity. The share market had been falling for most of the prior two years, the economy was collapsing and unemployment rising rapidly. Even for those who were able to invest at this stage, it got worse before it got better. From October 1931 to June 1932 the market fell a further 53%.

Hence the old adage is worth remembering: “A share that has fallen 90% is one that has first fallen 80%. And then halved.”

On the positive side, those who invested in late 1931, and held their nerve, earned 10% per annum or more over the next five years. If they bought more on the way down – at lower prices – those parcels earned an even better return, of up to 27% per annum over five years. And that does not include dividends.

In light of these observations, it may not seem surprising that the correlation through this period between stock market price level and subsequent five year return is negative and high (-0.93). A lower price corresponds not only with negative news, but also with a higher subsequent return.

One might consider this somewhat intuitive during a period of such extremes in sentiment. But what about when applied over a longer time span, including periods that are less extreme?

Here we will look at two studies that provide more insight into the potential advantage of buying on depressed prices. The first study focuses on buying portfolios of the most depressed stocks (rather than broad market indices), and applies this over an extended time period.

In their 1984 paper “Does the stock market overreact?”, De Bondt and Thaler compared the subsequent performance after forming “loser portfolios” versus “winner portfolios”. Loser (or winner) portfolios consisted of the worst (or best) performing stocks for the prior period. They then looked at the performance of these portfolios following formation.

They ran the test for consecutive periods using stock data from 1926 to 1982. And they tested various periods for portfolio formation and subsequent performance measurement from one to five years, with number of holdings ranging from 35 stocks to the top decile.

The chart below shows the cumulative relative performance for portfolios of 35 stocks with a three year period for both portfolio formation and holding period. To bring this concept into the 21st Century, and a little closer to home for Australian investors, we undertook another study, albeit rather more simple. We looked at the performance of the Australian market by sector, based on the ASX 300 Index from 2000 to 2019.

We formed loser and winner portfolios, consisting of the worst and best performing sectors and compared their performance after formation.

To qualify for the loser portfolio, a sector had to have featured as the worst performing sector during the previous five years. It also must have shown some persistence as a loser by way of being the worst performer for at least six of the preceding 60 months (or 10 per cent of the time). The winner portfolio was formed on the same basis, but using the best performing sectors.

Using this methodology the portfolios were run on a continuous basis with sectors falling in or out fluidly, according to the criteria. With 19 years of data and the five years required for initial portfolio formation, this allowed for around 14 years of performance comparison. The loser portfolio also outperformed a higher proportion of the time, and by a larger amount, in down markets than in up markets.

So why should we believe that contrarian investing works? In distilling our thoughts on the matter, the following comments from Howard Marks are most informative….

People tend to overestimate the continuation of extremes of good and bad. In reality, therefore, average outcomes are more common than people may expect.

As the chart below attempts to describe, prices move most severely when the outcome differs from the expectation. This is the process of prior overreaction being recognised as such, and correcting.

The contrarian investor therefore prefers a position where they assess….

The aim is to achieve an asymmetric payoff – allowing for outsized returns if consensus is wrong, while limiting downside if consensus is correct. If you apply a business owner mentality to investing, it is also vital to form an assessment of fundamental valuation before proceeding. This is what allows you to understand whether you underpay or overpay, and thereby to have the conviction to find future winners amongst past losers.

Contrarian investing is not for everyone, however there can be great rewards for the patient investor who embraces Allan Gray’s approach. For further information hit the contact button below.

Julian is the Head of Research Relationships and National Key Accounts at Allan Gray Australia. He holds a Bachelor of Arts (Dual Honours – University of Sheffield) and the Chartered Financial Analyst designation.