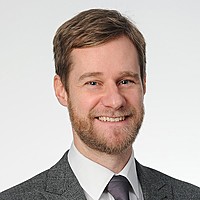 The Coronavirus Disease 2019 (COVID-19) is having a profound effect on people’s lives and livelihoods all over the world. This global public health emergency has impacted many sectors acutely and in a different way to any financial, humanitarian, or natural crisis since World War II. Governments, companies, and individuals are all implementing unprecedented responses. Some of the behavioural changes we are seeing may be transitory, but others will likely be longer lasting, especially where they accelerate existing structural trends.

The revenue impact of COVID-19 across different businesses will be highly nuanced by sector, even among seemingly similar companies. We believe that rigorous fundamental analysis and quantitative approaches can strengthen investors’ appraisal of COVID-19’s influence on company financials over different time horizons, while also accounting for company-specific considerations, especially during these unpredictable times. We highlight the relevance of this idea to investors by focusing on trends within two global consumption areas, food and entertainment.

Government-mandated quarantines have severely restricted people’s movement and curtailed their normal activities, causing a marked shift in food consumption patterns. Before the pandemic, many people consumed meals at or near their places of work (or education) and ate away from home on a regular basis as a leisure activity. The marked reduction in eating out is highlighted by a severe drop in restaurant bookings (Exhibit 1) but has also been seen in work and school canteens, with contract catering companies, such as Compass or Sodexho, significantly impacted.

Putting this together, people are now consuming almost all of their calories at home compared to between 60% and 85% prior to the pandemic. The main beneficiaries of this shift have been grocery retailers, companies in their supply chains and, depending on the lockdown measures in place, app-based food delivery companies.

Food sale volumes in the grocery channel have increased substantially across many countries, with like-for-like sales rising at a high-double digit rate in March from the previous month in countries including the United States, United Kingdom, and France. However, we expect the scale of the initial increase to be transitory as households run down their inventories and return to more normal spending volumes. Based on recent trends, we would expect grocery stores to see sales volumes increase between 5% and 30%, on a like-for-like basis, depending on the restrictive measures in place on people’s movement and geographical differences in typical out-of-home eating habits. Relatedly, the spike in demand has meant that food retailers have not needed to engage in promotional activity, another factor that will likely lead to improved gross margins for many food retailers, at least in the short term.

A more lasting change could emerge from the shift in consumers’ shopping habits away from self-select in-store models to online and click-and-collect services, as well as app-based food delivery services.

Delivery slots have booked up very fast for online grocery shopping and, in order to meet the increased demand, many major supermarkets have rapidly expanded capacity. In the United Kingdom for example, market-leader Tesco increased the number of available delivery slots per week by over 45% from 600,000 to 880,000. To facilitate this, it has added more than 200 vans to its delivery fleet and hired another 2,500 drivers and 5,000 order pickers in store. Ocado, a pure-play online grocery operator, reported "unprecedented” levels of demand in March, with four times the demand of any previous peak, and like-for-like sales growth of over 20%. Ocado noted this could have been as much as 10 times higher if they had the fulfilment capacity to deliver it.

Demand for app-based food delivery services has been more nuanced than for grocery shopping due to regional differences in government measures over the closure of delivery-only restaurants. Whilst we might think that "quick service” restaurants might be better protected than traditional sit-down alternatives, since many of them are equipped to offer takeaway-only options, this is not universally true. In the United Kingdom, for instance, Pret A Manger and McDonalds are amongst the companies that closed their entire operations and decided not to reduce service to takeaway only or delivery options due to the inferior economics of running operations partially.

Spending on takeaways is also more discretionary in nature and sensitive to consumer confidence and economic expectations, which will vary by geography. Italy, a country experiencing one of the longest enforced lockdowns of any developed economy, has shown a marked rebound in demand for app-based food delivery services after an initial lull. Our conversations with company management support our view that—as long as governments do not shut down delivery-only restaurants—demand for takeaway delivery services has the potential to sharply accelerate globally as people start to seek variety in their diets and tire of preparing every meal at home.

A sustained rise in demand for services offered by food delivery companies is possible. To put things in context, depending on the country, 15%–40% of calories was typically consumed away from home before the pandemic struck, usually in restaurants. However, it seems that attitudes around restaurant dining might be shifting on a more long-term basis too. Consumers surveyed in mainland China, Hong Kong, South Korea, Malaysia, and Vietnam said they would reprioritise at-home meals over out-of-home dining experiences in a post-COVID-19 era. This includes people cooking at home from scratch, and having prepared meals delivered. In mainland China, which is now largely out of lockdown, 86% said they would eat at home more often than before the outbreak. In other markets, a similar trend was observed, with 77% of consumers in Hong Kong responding that they planned to eat at home more often, while in South Korea, Malaysia, and Vietnam, the figure stood at 62% (Exhibit 2).

Exhibit 2: Many Countries across Asia Plan to Eat More at Home Following the Pandemic

This shift in purchasing behaviour could have material implications for the longer-term strategic priorities of businesses able to support at-home food delivery, takeaway, and grocery services.

Equally, we would expect the move to at-home calorie consumption to be accompanied by increased spending on more indulgent food products as consumers look to replicate the menu choices they would have made in restaurants.

As with the shift towards at-home calorie consumption, there has also been a move to at-home leisure activities, with many traditional venues for socialising, including cinemas, theme parks, and casinos now closed across many countries. Against this backdrop, we have seen consumption of video gaming and social media increase. However, the picture is not uniform and increased engagement may not necessarily translate into increased revenue.

The shift has driven an increase in TV viewing by 20–40% in EU markets, and we have seen record levels of engagement for video games globally. Trends in different markets show that the acceleration in audience numbers started once greater containment measures were announced. Spending on video games in the United States (both online and offline) surged over 60% year on year in the week to 16 March 2020.

However, the effect is not uniform, and the impact of altered consumer behaviour and restrictions has differing implications even within sectors. While still delivering ‘at-home’ entertainment, media platforms or broadcasters that heavily rely on live events, such as sporting, have seen viewership collapse as matches and tournaments have been cancelled. Similarly, the number of hours of music being streamed in many markets has fallen as people commute less.

While engagement might be increasing in some cases, the link to revenues is not always clear and differentiating between business models becomes increasingly important. Advertising-driven models are struggling to monetise their growing audiences. Social media platforms are experiencing record levels of engagement but with global advertising budgets being slashed, the revenues of many media owners will be under pressure. Broadcast TV is also unable to monetise their growing audiences in the short term. In the United Kingdom for example, the way in which broadcast TV is sold means that increased audience sizes, coupled with lower advertising demand, actually reduces the price of an advertising slot and so it magnifies the negative revenue impact of lower advertising demand.

Entertainment business models paid for by the consumer are more defensive as consumers will continue to pay to access content.

However, the link between time spent and revenue still is not always linear. Take for example, a subscription video streaming service such as Netflix. If a user already has a subscription, watching more hours of content will not translate into additional revenue. In fact, it potentially increases the streaming platform’s content costs as they must increase the volume of content available, while some licencing models are based on the number of views. In the gaming industry, data from digital gaming distribution services such as Steam and Twitch reported record audiences, with hours spent on Twitch, for instance, up by 17 hours quarter on quarter. However, the recent proliferation of high-quality, free-to-play games, means casual gamers can avoid the upfront cost of games, so the increase in the number of gamers does not necessarily feed through to profits.

Michael began working in the investment field in 2010. Prior to joining Lazard in 2017, Michael was a Quantitative Analyst at AHL, Man Group, developing equity market neutral strategies across global portfolios. He has a PhD in Astrophysics.

Get investment ideas from Michael Cook when you sign up to Livewire Markets.