Vote “FOR” our resolution to wind up AGF 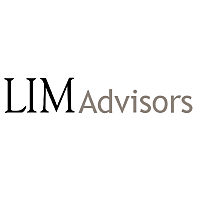 We believe that the 10-year anniversary of the AMP Capital China Growth Fund (ASX:AGF) is the right time for all unitholders to decide on its future. We are proposing to wind up AGF because: 1) AGF’s performance has been less than its benchmark since launch; 2) The discount to NTA had averaged 20% since the launch; and 3) The responsible entity has failed to take effective action to reduce it despite AMP earning $60.1m in fees to end December 2015. LIM is taking this action reluctantly as it’s been left with no other choice following repeated requests to AMP for an open ending or unlimited redemption offer from AGF. If our proposal to wind up AGF is not passed, the recent narrowing of the discount could significantly wide, therefore, recommend that all unitholders vote “FOR” our resolution to wind up AGF so that they can realise close to the NAV of their units.

LIM Advisors was founded by George Long in 1995. The firm is based in Hong Kong with additional offices in Tokyo, Beijing, London and New York. LIM Advisors employs a multi-strategy investment approach across the Asian region with a focus on low...