Welcoming a new Aussie broadband challenger to the ASX 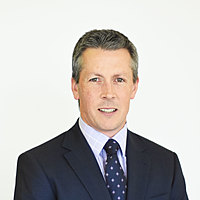 For anyone who has followed the ASX telco sector in recent years the challenges presented by the rollout of the Government’s National Broadband Network (NBN) has been stark. Together with Telstra who has faced truly unprecedented business change the previously high-flying TPG and Vocus have likewise seen their share prices come under pressure as these one-time sector consolidators have faced significant business disruption.

Confronting the forced disconnection and migration of historically lucrative broadband customers from their owned networks onto the more marginal NBN at a time when alternate wireless technologies such as mobile continue to drive rapid change in how consumers and businesses access their phone and internet services the headwinds for the sector have been significant.

Consistent with the original pro-competition design ambitions of the NBN as a wholesale, open-access broadband network, the NBN’s development unsurprisingly fostered a new generation of resellers keen to challenge the market share dominance of the incumbents and participate in this once-in-a-lifetime customer churn event.

Despite the ambitions of these new challengers, for the vast majority of the NBN’s licensed resellers (189 as at June 30 2020)1 they remain relatively minor players in the NBN broadband market which at the end of August 2020 saw ~7.5m residences and businesses connected2. Indeed, the market shares of the four major broadband retailers have remained similar to their pre NBN shares and they continue to represent greater than 90% of total connections.

Evident above, the most notable exception to the historic status quo has been the emergence of Aussie Broadband (Aussie) which is clearly resonating with the Australian public. Having grown its residential customer connections from little more than 25k at the end of June 2017 to greater than 242k at the end of the 2020 financial year, including adding ~112k net new connections in the last 12 months alone (to June 30), Aussie is clearly doing something right. With ARPUs (Average Revenue Per User) comfortably higher than Vocus and TPG on a comparable basis and more than half of new connections in recent months being switching customers from other NBN resellers (as opposed to initial NBN connections) momentum is certainly strong for Aussie.

For a business founded in 2008 following the merger of two regional Victorian internet providers, this week marks a significant milestone for the business and its founders as it prepares to list on the ASX on Friday (16/10/2020) following its IPO.

Despite its relatively humble beginnings the decision of management in 2016 to focus much of the company’s resources on pursuing growth alongside the NBN rollout has so far paid dividends. Harbouring truly national ambitions the decision to secure (via leases) a national backhaul network and establish connectivity to all 121 NBN POIs (Points of Interconnect) gave Aussie the foundations to pursue customer acquisition across the country and on all NBN connection technologies except satellite. Highlighted below, customer growth has been consistent and widespread.

For Chester, the Aussie business has a number of impressive features that supported our decision to invest in the IPO. As important as any is the fact that founders of the original businesses that formed Aussie Broadband in 2008 and drivers of the Aussie business performance to date retain key executive and board positions of the new listing entity. The fact that these key personnel will own more than a quarter of the shares on issue post listing ensures healthy alignment of interest with new shareholders from the outset.

The manner in which Aussie has achieved its customer growth in recent years is another strong feature of the business. Free of the burdens of managing large back books of contracted customers across various category verticals, the legacy of years of acquisitions and capital heavy network investment, Aussie has been focused only on organic growth by concentrating on meeting key customer expectations. Addressing arguably the biggest gripe Australian telco customers have with their providers, as an Australian owned company, Aussie’s commitment to having only Australian support centres certainly sets Aussie apart from all of its larger competitors who rely heavily on offshore call centres. It’s notable that Telstra has recently committed to onshoring all of their call centres in the coming years, a nod to the challenges COVID-19 caused with these offshore centres recently and the strong demand from customers for this service.

Other features of the Aussie customer proposition that align with the changing demands of local broadband customers include their commitment to no lock-in contracts across consumer internet plans, no excess data charges and a commitment to being amongst the fastest and easiest providers to sign up with.

As the below graph demonstrates Aussie has also been remarkably efficient when it comes to acquiring new customers in recent years. Having spent little more than $15m on direct marketing in the last two financial years1 (including $6.7m in the final 3 months of FY20 as demand for broadband services rose strongly with the onset of COVID-19 and associated lockdowns, WFH, etc.) Aussie’s customer acquisition costs have averaged ~$82/customer (pre promotions) over this period when allowing for customer churn, or closer to $60 before churn. These statistics are very strong and represent acquisition costs considerably lower than what Aussie would be required to pay (per customer) if it sought to supplement organic growth with acquisitions currently. Evident below, it’s notable that Aussie’s forecasts for FY21 anticipate customer acquisition costs rising ~35%1 as Aussie’s ~$24m of budgeted marketing continues to deliver strong organic customer growth, albeit at lower levels of efficiency than prior periods. Whether these assumptions prove too conservative remains to be seen.


What does the future hold?

The opportunities for Aussie are considerable and all going to plan should set Aussie up for the delivery of meaningful free cash flow in the years beyond FY22. On top of using IPO proceeds to more than double their marketing spend in FY21 as it attempts to further grow its market share, Aussie will use the majority of the new IPO capital to part fund a budgeted $67m capital investment project that aims to replace nearly two thirds of the company’s leased backhaul capacity with its own fibre network designed to deliver meaningful long term cost savings. Having commenced this project in late FY20 and expected to complete in a little over 2 years, the prospect of group gross margins rising meaningfully above current levels at around 24% sets the business up for sustainable profit growth and supports a DCF valuation well north of the $1 issue price if executed to plan.

While Chester consider the risks of investing in the Aussie IPO partly mitigated by the strength of the group’s management and performance track record a couple of key risks need to be understood for any potential investor. Whilst competition and regulatory risks are clearly towards the top of the list of challenges Aussie will need to manage, pricing risk around accessing the NBN is especially noteworthy. Per the current regulatory framework, the NBN retains the ability to set access pricing for all NBN resellers. Representing over 60% of the group’s total cost base in FY201, the challenge of provisioning adequate capacity on the network ahead of customer utilisation is a clear challenge and one that has continued to be a source of frustration for industry players. Once more, Aussie looks to be amongst the best positioned to confront this challenge given its lack of legacy systems and products relative to peers. Utilising internally developed systems Aussie continues to pursue improvements to how it purchases NBN capacity in accordance with anticipated customer consumption patterns. Aussie continues to do considerable modelling work with a view to reaching a point where purchasing will become more frequent (i.e. daily) and potentially even fully automated.

Stepping up to the challenge

Like all IPO’s, the success of Aussie Broadband as a listed company will mostly come down to management executing on their strategy and delivering against the forecasts it set for itself not only in FY21, but the years to come. In addition to carrying strong operating momentum into its prospectus year Chester believe management have built a business with very sound foundations on which to deliver sustainable growth. Beyond the core consumer broadband opportunity largely discussed in this note, Aussie also has a fast-growing business segment and considerable scope to extend its consumer offer through greater bundling of adjacent products (streaming/entertainment services and mobile phone offers) and new partnerships (utilities referrals and private (non-NBN) networks). Aussie is undoubtedly a business of considerable potential and we are backing management to continue to execute as a listed company.

Luke Howard is a Portfolio Manager at Chester Asset Management, a high conviction equities fund manager founded in 2017 and with a 25-40 stock benchmark unaware strategy comprised of broadcap (ASX300) stocks and up to 10% in select non-index names.