What is the right level of gearing for a company? 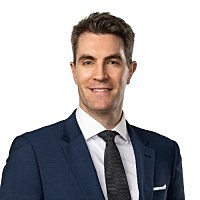 Understanding the benefits and risks of debt are crucial in effectively analysing listed companies.

As we exited the global financial crisis ten years ago, many individual investors began a long and painful process of deleveraging. Contrasting this however were businesses, which began moving in the opposite direction by loading up on cheap debt. So far this theme has very much been a global phenomenon. In the United States, corporate debt has now reached a record high level, whilst businesses in China have gone on an even bigger borrowing binge.

The Australian story is more mixed, with corporate debt levels still sitting at relatively comfortable levels, in contrast to the highly indebted positions which Australian householders find themselves in.

From our experience, company gearing is a somewhat overlooked topic, with investors often choosing to instead focus their attention on valuation and earnings growth. We think this is an oversight however, and believe that understanding the benefits and risks of debt are crucial in effectively analysing listed companies.

In reality there is no “correct” gearing level for all companies, but there are ranges which you can expect businesses to fall within. We will show that these ranges are largely guided by the industries they operate in, and the countries in which they are listed. Furthermore, the current low interest rate environment supports the ability of companies to take on higher debt levels than they have historically. Obviously the more leveraged a company is, the greater its financial risk. At the same time, leverage is an important tool that companies use to grow, and many businesses find sustainable uses for debt. For example, by using debt wisely, a company is able to generate a higher net profit, which in turn boosts the return on equity (ROE).

Longer term considerations also come into play. Listed companies have various ways to raise money, with the most prominent being to either borrow or raising equity by selling new shares of stock.

Selling new shares has benefits in allowing the company to avoid taking on a debt that must be repaid with interest. The flipside however is that by increasing the number of shares, the shares already in circulation are diluted, and hence existing stockholders can be disadvantaged. By contrast debt does not dilute shareholder value, and hence existing owners can maintain their share of future profits.

As already mentioned, there is no correct debt ratio which companies should stick to, instead the amount of leverage companies can use varies widely across industries.

For businesses in the utilities, oil and telecommunications sectors, having higher debt ratios makes sense. These capital intensive industries often require significant financial commitments many years before any revenues or profits are generated. A higher level of debt is also able to be tolerated if the cashflows from a business are relatively predictable, such as is the case for utilities and telecoms companies.

In other industries lower levels of debt are appropriate. This is particularly the case in businesses where the variability in earnings and cashflows could make meeting interest repayments a challenge. We saw this most clearly through 2008, when many companies faced the crunch of revenues falling at the same time that interest rates spiked. The range of gearing employed will differ between equity markets. This partially represents the compositional makeup of that equity market. For example, markets with high weightings in defensive sectors, such as utilities or telcos, will show higher aggregate gearing ratios than markets which are dominated by more riskier businesses.

Tax incentives also play a part in determining the capital structure which companies employ. In most countries, firms can deduct interest expenses from their corporate tax base, but not equity returns. This causes a tax advantage of debt finance, the so-called debt bias of taxation.

Finally, aggregate gearing ratios in a market can be influenced by cultural influences. Rightly or wrongly, investors in some markets have a preference for equity, whilst debt is favoured by others. These differences are becoming less extreme however as capital flows now move more freely between countries in today’s globalised world.

Right now arguments can be made that companies should be holding more debt than they have in the past. For example:

Something which history clearly tells us is that this period of tranquillity will not last forever. When interest rates do eventually spike higher, or when the economy slows, those companies which have taken on too much debt may struggle to remain solvent. It follows that investors should always remain conscious of how corporate debt levels fit within the bigger picture of the economic cycle.

At Ophir we tend to avoid highly geared businesses regardless of the current economic cycle. However, during periods of downturn we are even more reluctant to invest in highly geared businesses. We favour the embedded optionality that strong balance sheets provide management teams to deploy capital into growth opportunities should they present themselves. Some of our best performing investments through the GFC period were companies that entered the period in a net cash position and were able to acquire financially distressed businesses with their available cash at highly attractive prices.

For more on how we assess listed companies, visit Ophir's three key criteria for assessing companies.

Luke has over 17 years of experience in the financial services industry working in several investment research, management and advice roles. Prior to that, Luke was a professional basketball player in the Australian National Basketball League.

Get investment ideas from Luke McMillan when you sign up to Livewire Markets.