What just happened in the oil market? 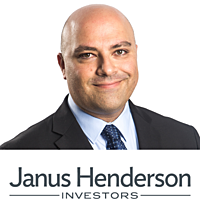 20th April 2020 marked another historic market move that has never been seen in our lifetimes – a major global oil benchmark trading negatively.

While lesser known oil benchmark prices have traded below zero in the past, the fact that the May 2020 WTI Crude Oil Futures Contract settled at -$37.63 per barrel on the close marks another unique market dislocation in the current environment.

The front month West Texas Intermediate Crude Oil contract, May 2020 WTI Crude, was nearing the last days to trade the contract prior to going into the delivery phase. The day saw a complete collapse in prices, with no bids at certain times of the day. For context, the previous day’s close was $18.27 per barrel, meaning there was a one day fall of $55.90. The following is a one month time series for this contract.

Why did this happen?

In its most simple terms, this price collapse was a function of a number of events occurring at the same time:

Are oil prices more generally trading at these levels?

No. This situation is a short-term, idiosyncratic dislocation in one particular oil market in which a lack of available storage converged with a long holder of oil needing to offload this position at any price. The chart below compares the prices over the last year for both May 2020 and June 2020 WTI Crude Oil futures contracts. Another critical point to note is that physical delivery of oil relates to WTI Crude, whereas Brent Crude Oil is a cash settled instrument, so has not seen dislocation at the front end of the curve, and has not been trading negatively at any point.

Until recently, the spread (difference) between these two contracts was immaterial. The imposition of lockdowns throughout the US saw the prices gradually diverge at the beginning of March as traders priced in firstly a short-term supply shock, then a much more significant collapse in demand as lockdowns were imposed globally. Additionally, as storage has filled up in Cushing, the May contract repriced to incentivise buyers who are able to take physical delivery and store this oil.

The issue with the markets last Monday was a confluence of long financial positioning in a physically deliverable market without any ability to store that oil. The uniqueness of this particular contract trading negatively is shown below in the term structure of WTI Crude on 20 April. Apart from the front month (May 2020), WTI Crude over the next three years has an expected price range of at least $20 (at the time of writing).

What broader meaning can be attached to this event?

While this event was quite idiosyncratic in terms of a buyer holding a physically deliverable contract far too close to expiry, it reflects the broader dislocation in markets, and more importantly, the extent of the demand destruction that is occurring as a result of the global lockdowns in most countries.

It should also be noted that without a material change in market fundamentals, there is a possibility that negative prices could be seen again in the next month if the supply issues at Cushing are not dealt with in time.

It is also possible that negative prices could materialise in more than just the front month, and may, in a worsening fundamental environment, show negative pricing across a number of futures contracts. Whilst unlikely, it is in no way beyond the realms of possibility.

Where this has particular relevance in terms of knock-on effects are in the following broad areas:

Rig activity is a purely economic response to oil prices. As oil prices have traded lower and are now at a level that renders few, if any, onshore oil wells profitable on an all-in cost basis, rigs in use have collapsed. Commodity markets are effective as a clearing mechanism, and prices will remain at a point that will assist in rebalancing markets.

The most likely path of rebalancing, based upon unprecedented demand destruction and muted demand going forward, is a significant curtailment in supply either via voluntary production cuts or shut ins. This implies there is potential for a large number of energy companies to cease operations completely, particularly those focused at the smaller, higher cost point of the industry.

What should we watch out for to see if it can happen again?

There are a number of markers to watch out for in markets over the next few weeks:

Mathew is a Portfolio Manager, Diversified Alternatives at Janus Henderson, a position he has held since 2018. He joined in 2013 as part of the acquisition of H3 Global Advisors, where he was co-head of global commodities and managed futures

Get investment ideas from Mathew Kaleel when you sign up to Livewire Markets.