Why investors should look to one of Australia's closest neighbours 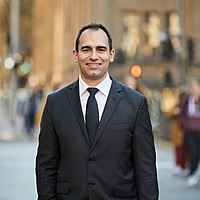 Indonesia, Australia's largest neighbour, is uniquely positioned with structural and cyclical drivers of economic growth, without the level of inflationary pressure troubling more established economies around the world.

There are many attributes that make Indonesia an attractive destination for investment. A youthful population, measuring fourth largest in the world, that will see over 1% annual growth in the labour force to 2045. The land is resource rich and geographically located along the Strait of Malacca, which is one of the most heavily travelled shipping channels in the world.

But stock valuations in the country have de-rated in line with global markets, so herein lies an interesting emerging markets investing opportunity.

Economic growth and ease of doing business ratings (World Bank) have in the past been underwhelming relative to similarly developed countries. This was a result of corruption that was ingrained during the 31-year dictatorship that ended in 1998, and although later governments drove improvements, a general lack of infrastructure investment, a poor education system and difficult labour laws remained.

Consequently, manufacturing contribution to GDP began to decline from 2011, just as the commodities boom ended in 2013. As well as the direct impact on fixed capital formation, there was a similar decline from private consumption as workers in mining and manufacturing were pushed into lower paying informal jobs.

However, the seeds for structural growth have been planted.

Although not obvious in the numbers, the seeds for structural growth were planted when Joko Widodo (known as “Jokowi”) swept to power in 2014. He entered with a reform agenda aimed at boosting Indonesia’s competitiveness, leading to greater investment and job creation.

These efforts have taken time to translate to higher growth, but progress is well evidenced, firstly by much higher investment in critical infrastructure. During Jokowi’s leadership, over 2,000 km of roads have been constructed (compared with 780km in the prior 40 years) as well as 16 airports, 18 ports and 38 new dams.

The “Omnibus law” was passed in 2020 to modernise the informal sectors that employ over 50% of workers. The Law improves labour flexibility, upgrades licensing and legal rights and reduces regulations for foreign investors in priority industries. The outcome is an improvement in the ease of doing business, elevating the nation’s competitiveness.

Additionally, the government has introduced commodity downstream legislation to encourage nickel producers to invest in local processing capacity to capture a greater portion of the value chain. Based on current capacity projections Indonesia’s share of total refined nickel supply is expected to increase to more than 50% by 2025.

Finally, the Government has released the “Making Indonesia 4.0” roadmap to set the stage for industrial reform to further improve competitiveness.

Progress has not been lost on the broader population and according to a poll (released by Indikator Politik Indonesia in September 2022) 63% of Indonesians approve of the President, leaving Jokowi one of the world’s most popular democratic leaders, even after eight years in power. Such support reduces the risks related to him stepping down in 2024, as is required by law at the end of the second term. We are likely to see broad support for a candidate that shares the long-term vision of the outgoing leader.

Outside of Indonesia, Jokowi has built a wide support base by effectively playing both sides of the aisle.

On the one hand, China is the largest import/export destination and a major investor in the country. While Jokowi has also developed close relations with US President Joe Biden and as recently as May he toured the US looking to drive increased investment in the country.

Hosting the G20 summit this month is an opportunity to further elevate the nation’s profile and attract investment.

All of this leaves Indonesia in a unique position of political stability, and at the cusp of benefiting from structural improvements while the commodity cycle remains positive.

The current account has returned to surplus for the first time since 2011 and the terms of trade has strengthened, which is particularly constructive given global inflationary pressures and a strengthening USD. Although Indonesia’s inflation has increased (to 6% in September 2022), it has been better contained than the developed world, putting less pressure on the central bank to raise, with rates only up 125bps since the first hike in August 2022.

Multiple ways of winning and a margin of safety

When looking for investments across the world, Antipodes seeks opportunities that have multiple ways of winning, along with a comfortable margin of safety.

These attributes are evident in the case for Indonesia.

We expect growth to be sustained at a higher level as the structural reforms improve competitiveness across different industries (i.e., manufacturing); a gain in growth contribution from outside of Java (where mining and manufacturing industries are more prevalent); and finally, as Indonesia’s key commodity exposures benefit from sustainable demand and structural supply constraints, which will maintain a tight market.

Indonesia is the third largest producer of coal which is witnessing resurgence in demand and prices as Russian gas and coal supplies are rationed. Given the lack of new investment in global thermal coal supply, it is likely that this will continue to meaningfully contribute to the trade balance.

As the largest producer of palm oil, Indonesia will remain a key supplier of cooking oils that are currently in short supply given the war in Ukraine. Beyond this, contribution can be supported over the longer-term as both Indonesia and Malaysia have capped the plantation area growth to limit any further deforestation which will keep the market tight.

Indonesia is also the home to the world’s largest nickel reserve (at 22% of the world’s total reserves), which provides exposure to structural growth in electric vehicles (EVs), for which the metal is a key component to the manufacture of batteries. Battery grade nickel (99.8% nickel) is constrained due to the global depletion of nickel sulphide reserves. Although Indonesia has a greater exposure to the lower concentration ore, it is building processing capacity to convert this to battery grade. The Government has flagged the opportunity to expand downstream as a priority investment to create an EV manufacturing hub that will improve growth prospects.

Like any investment, risk must be monitored. The margin of error here is concentrated in two key factors that require close monitoring.

2. A major change in demand for Indonesia’s key commodities – a serious decline in commodity prices would fundamentally weaken the economic backdrop.

However, for investors there's an attractive margin of safety with the PE having de-rated by 30% to 15x, compared to an historical average of almost 21x since 2003.

This also looks cheap relative to India, the other major emerging market structural growth opportunity, which has a comparable market multiple of 22x.

Holdings such as Bank Mandiri (IDX: BMRI) and Astra International (IDX: ASII) in Antipodes’ Global and EM portfolios have exposure to the cyclical and structural opportunities in Indonesia.

........
All content in respect of the Antipodes Global Shares (Quoted Managed Fund) (ARSN 625 560 269), the Antipodes Global Fund – Long (ARSN 118 075 764), the Antipodes Global Fund (ARSN 087 719 515), and the Antipodes Asia Fund (ARSN 096 451 393) is issued by Pinnacle Fund Services Limited ABN 29 082 494 371 AFSL 238 371 (“PFSL”) as responsible entity of the Funds and is prepared by Antipodes Partners Limited (ABN 29 602 042 035) (AFSL 481580) (“Antipodes”) as the investment manager of the Trust. PFSL is not licensed to provide financial product advice. The information provided is of a general nature only and has been prepared without taking into account your objectives, financial situation or needs. Before making an investment decision in respect of the Funds, you should consider the current Product Disclosure Statement (‘PDS’) and Target Market Determination (‘TMD’) of the Funds and the Fund’s other periodic and continuous disclosure announcements lodged with the ASX, which are available at www.asx.com.au, and assess whether the Fund is appropriate given your objectives, financial situation or needs. If you require advice that takes into account your personal circumstances, you should consult a licensed or authorised financial adviser. The Product Disclosure Statement (‘PDS’) and Target Market Determination (‘TMD’) of the relevant Fund are available via below links. Any potential investor should consider the PDS and TMD before deciding whether to acquire, or continue to hold units in, the Fund. Links to these documents can be found at antipodes.com. For historic TMD’s please contact Pinnacle client service Phone 1300 010 311 or Email service@pinnacleinvestment.com Neither PFSL nor Antipodes guarantees repayment of capital or any particular rate of return from the Funds. Neither PFSL nor Antipodes gives any representation or warranty as to the currency, reliability, completeness or accuracy of the information contained in this content. All opinions and estimates included in this website constitute judgments of Antipodes as at the date of website creation and are subject to change without notice. Past performance is not a reliable indicator of future performance.
save

John is a senior member of Antipdoes’ emerging markets investment team. Prior to joining Antipodes in 2018, John was a sell-side Analyst with Morgan Stanley for four years and earlier in his career held research analyst roles with Bligh Capital...