Why the value opportunity today is compelling 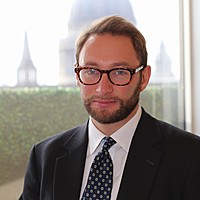 Every generation of value manager can expect to read the obituary of their investment style at some point in their career. Over the past decade or so, this has absolutely been the case.

Yet again, a narrative has emerged that the underperformance of the value style of investing is the result of a structural trend – that this time it really is different – that this time the nail is in the coffin and value is never coming back.

We have heard this before. There were similar sentiments in the market during the nifty '50s bubble, they said it in the '70s, they said it at the peak of Japan mania in the '80s. They were screaming it from the rooftops at the height of the dot com boom in 2000. And in the past few years, we have heard the "this time it's different" argument over and over again. Whether it's low interest rates, technological disruption, or accounting standards, there are many people who have convinced themselves, for a variety of reasons, that value investing has gone the way of the dodo. Of course, they are mistaken.

Yes, value loses some battles - it's definitely lost the battle of the past few years - and it doesn't outperform in a nice straight line. But for every single generation, value has come roaring back and defied the doubters, and we have every confidence that it will do so again.

Value is sometimes misunderstood, and it can be easy to underestimate the variety and the breadth of opportunities available to value for managers - and why value is far more than just a factor.

There are a few reasons why the value opportunity today is really quite compelling.

The case for value exposure in portfolios

Clearly, over the past nine six months, the mood of the music in markets has shifted. Since Vaccine Monday in November 2020 - when two major vaccine providers announced their vaccines were 90 per cent effective - we've seen previously unloved sectors of the market rally quite strongly. After years of pain, value has been delivering some decent outperformance.

However, we think it's really important not to anchor off short-term share price moves because once you zoom out and take a longer-term view, it is apparent that a lot of shares are still trading on deeply depressed valuations.

You can see that valuation dispersion clearly at a market level. The market gap in fundamental valuation between the most highly rated shares and least rated shares remains at extreme levels. The elastic band between the loved and the unloved parts of the market remains very stretched by any historical standard, and you can see that the bouncing value performance since Vaccine Monday is barely visible on the end of this chart.

Most likely markets have just felt a tremor rather than the real earthquake. So, we remain very optimistic about the returns outlook for value strategies today.

From a broad global equity market perspective, it is clear that over the past couple of years we have seen the beginnings of the type of erratic behaviour that we typically see close to the top of growth investing cycles.

Goldman Sachs, for instance, tracks an index of non-profitable US firms - companies that have never made a dollar of profit in their lives – and that index went up by a factor of about four times in 2020 alone.

Barely a day goes by when we're not hearing about some new cryptocurrency craziness, and no one is immune. Even the advertisements on YouTube before kids' cartoons are spruiking the investment trend. Two recent examples are an online share trading shop urging its tiny tot viewers to buy crypto currencies, while another urged the pre-schoolers to stop watching Netflix and start investing in Netflix, because "look how much you could have made if you bought it a decade ago". They even helpfully offered a daily email alert for the toddlers to keep track of their profits.

The bigger the party, the worse the hangover

Pre-school viewing habits aside, these are the sorts of themes and behaviours that tend to occur when bullishness gets out of control and speculation starts to override old-fashioned investment logic.

How and when this will end, no one knows, but one simple maxim tends to hold true: the bigger the party, the worse the hangover. And the party has indeed been a big one in some of the more speculative areas of financial markets. This is the same type of behaviour that we saw at the top of the dot.com boom in 1999/2000, and the parallels between then and what we've seen in recent years are increasingly playing out for everyone to see.

It's important to remember what happened to global equity investors in the aftermath of the last great growth investing bubble at the turn of the century – the long-running speculative growth party came to an abrupt halt, and the resulting market hangover began.

The market cycle reached its peak in March 2000. After that, global equities slumped, and a long and painful bear market began. Three years on from that peak, global index investors had lost half of their money. This must not have been an easy conversation for advisers to have with their clients. But during that same time frame, global value delivered a very strong period of both absolute and relative performance.

By systematically avoiding the most overvalued stocks in the years leading up to the peak and by sticking solely to the cheaper areas of the market, value managers were positioned to grow and protect client capital through otherwise dangerously bubbly markets.

Of course, there's no reason for future returns to look exactly like the past. But the historical evidence suggests that even if now turns out to be a bad time to buy into global stock markets in aggregate, it needn't necessarily be a bad time to buy value. Value as a style can behave very differently from the broader market, and that can be a really powerful diversifier for client portfolios.

We seek to identify stocks which trade at a substantial discount to their fair or intrinsic value and where profits growth will surpass expectations. To find out more, please visit our website.

LIVEWIRE FUND PROFILE
Schroders: Schroder Global Recovery Fund
........
This material has been issued by Schroder Investment Management Australia Limited (ABN 22 000 443 274, AFSL 226473) (Schroders) for information purposes only. It is intended solely for professional investors and financial advisers and is not suitable for distribution to retail clients. The views and opinions contained herein are those of the authors as at the date of publication and are subject to change due to market and other conditions. Such views and opinions may not necessarily represent those expressed or reflected in other Schroders communications, strategies or funds. The information contained is general information only and does not take into account your objectives, financial situation or needs. Schroders does not give any warranty as to the accuracy, reliability or completeness of information which is contained in this material. Except insofar as liability under any statute cannot be excluded, Schroders and its directors, employees, consultants or any company in the Schroders Group do not accept any liability (whether arising in contract, in tort or negligence or otherwise) for any error or omission in this material or for any resulting loss or damage (whether direct, indirect, consequential or otherwise) suffered by the recipient of this material or any other person. This material is not intended to provide, and should not be relied on for, accounting, legal or tax advice. Any references to securities, sectors, regions and/or countries are for illustrative purposes only. You should note that past performance is not a reliable indicator of future performance. Schroders may record and monitor telephone calls for security, training and compliance purposes.
save

Simon Adler is Co-Manager of Schroders Global Value, commencing with the team in July 2016. Joining Schroders in 2008, Simon commenced his career as a UK equity analyst with responsibilities for chemicals, media, transport, travel and leisure and...

W
Wade Spooner
5th Aug, 21
Very interesting to see the return table for value post-tech pop! There is lots of chatter about markets being overvalued. I agree that unprofitable growth is extremely overvalued! Unfortunately, it puts off some clients from investing in shares at all. I agree that this generalization is a bit nuanced and that there are value areas of the market that are cheap on a relative and an absolute sense! The research certainly makes me more confident that I am having the right discussions. Thank you Simon
m
matthew smith
5th Aug, 21
This time it is different. The economics of tech businesses are something the world has never seen before.
D
Derek Cen
6th Aug, 21
remember in 1999. ppl said The economics of DOTCOM businesses are something the world has never seen before. This time round, tech dominates again. let's see.

Get investment ideas from Simon Adler when you sign up to Livewire Markets.