Winners and losers from the falling oil price 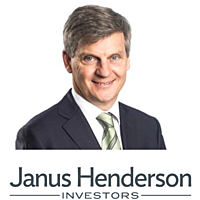 While oil has had nine major downturns in the past 35 years, the latest has been nothing short of spectacular. COVID-19 and the ensuing lockdown measures to control it have resulted in oil’s demand destruction, meaning prices needed to adjust to dramatically lower demand levels.

Compounding this situation has been the untimely failure of OPEC+ (see glossary) to maintain production discipline, with supply ramping up in March while demand fell away. Broadly, the impact to the oil price has been a drop of a half to two thirds, from $60 per barrel to $20.50 at the end of March. There has since been an extraordinary market recovery with oil trading up 88% in May to $35.50. The oil market has now had its worst (-54%, March) and best (+88%, May) months in the past 37 years. Both of these price moves are nearly double the prior records (-32% in Oct 2008, and +45% in Sep 1990).

The shale oil revolution has seen the re-emergence of the United States as a major oil producer and helped lead to the oversupply that has broken the market balancing function of OPEC+. US producers, having borrowed heavily in recent years were reluctant to cut production and even hit record output of 13 million barrels of oil per day at the end of February, leading to April’s historic negative WTI oil price (-$39) due to a shortage in storage facilities.

Advocates of the ‘peak oil’ theory, so vocal in recent years, were resoundingly silenced as the market was awash with oil, seemingly with no one to use and nowhere to store it.

Who are the losers?

The collapse in the oil price significantly impacted the whole oil supply chain, from producers and suppliers to integrated majors and refiners. The largest sector hit has been oil services, which provide all the specialist drilling, fracking and other field activities. Some exploration and production (E&P) shale producers will not be drilling or fracking in Q2 2020 in response to the oil price collapse.

The normally more stable and less volatile midstream and infrastructure sector that provides oil gathering/transportation services has also been impacted by lower volumes, reducing their revenues.

More broadly in the Energy sector, the global liquefied natural gas (LNG) market has seen a material price decline, with recent spot sales below cost. Many normally reliable customers have been looking to cancel delivery due to low end market demand. The much-touted next wave of proposed LNG projects may need to be delayed.

We are now seeing the self-correcting nature of a commodity market at work, with very low prices rapidly driving cuts to production and growth activities. Having only recently restructured their businesses to cope with the fall in prices from $100 to $50-60 per barrel, oil producers are now scrambling to adjust again. The first transition was long and painful as denial and inertia slowed the rate of restructuring required to achieve costs around the $40 per barrel level. This cycle, with oil collapsing to $20 per barrel so quickly, it has prompted a very rapid response from the industry. Cutbacks to production are helping balance the market and as demand recovers, oil has already recovered to $35 per barrel and it is reasonable to expect oil to approach $40 per barrel in the medium-term. This prospect will provide a path to survival for those companies that were not too highly exposed to debt and high cost production methods.

Following OPEC+’s announced cuts of approximately 10 million barrels of oil equivalent (MMboed), to-date non-OPEC+ oil producers have cut their capital budgets between 30-40%, with production declines in the range 10-20% to follow.

Who are the winners?

While normally lower fuel prices would cut costs for households and fuel-burning industries like aviation, in this instance the lockdown restrictions have meant limited benefits to consumers and businesses at this stage. This will naturally unwind as the COVID-19 pandemic is brought under control, but demand for oil could be lower in the longer-term given the severe impact to economies, businesses and individuals.

Near-term beneficiaries have been North American pure gas producers that have seen NYMEX gas prices rise on the back of lower by-product gas production due to lower shale basin activity.

Will the environment be another winner?

Governments, directly or indirectly, influence more than 70% of global energy investments and investing in decarbonisation arguably achieves two objectives; stimulating job creation and addressing climate change. The fall in fossil fuel prices also affords policymakers the chance to reduce and reallocate fossil fuel subsidies towards competitive renewables. Beneficiaries of this megatrend include renewable energy developers and producers, wind turbine manufacturers, battery companies and renewable diesel producers. The impacts of this will also be felt in several metals markets. Huge amounts of copper will be needed for electric vehicles and electricity networks. Battery raw materials such as nickel, cobalt and lithium stand to benefit in the transition from internal combustion engines to electric vehicles.

Our approach and outlook

Lower commodity prices for producers means cheaper input costs. Looking specifically at the agriculture sector, lower gas prices are positive for fertiliser producers, for example, and lower fuel costs benefit companies involved in the transportation of agricultural output. In mining, lower oil prices lead to better economics for bulk mining of iron ore, copper and gold. With China’s economy restarting, demand for resources will start to build once again, though with the evolving dispute between Australia and China, our ability to invest outside of Australian companies means we can limit our exposure to this thematic, while still benefiting from exposure to the sector.

A possible permanent reset in demand post COVID-19 and acceleration in renewable energy sources will make it a trying time for all but the best of the Energy sector.

While lower oil prices reduce input costs, like economic stimulus, it will benefit uniformly rather than provide any one company with a competitive advantage. Our aim is to invest in companies we’ve identified as having a natural resources advantage that can benefit from investment through being able to fund innovation within the company and expand their productive operations.

We actively invest in companies within the Mining, Energy and Agriculture sectors throughout their various commodity cycles and with diversification into the many sub-industries that comprise them. We also invest across the entire supply chain including upstream (producer), midstream (transport/processing) and downstream (manufacturing, sales), meaning we can invest where we see opportunities emerging.

Learn more about the future of resources

We invests in high quality mining, energy and agriculture companies with flexibility to invest across the supply chain, taking advantage of price shifts between upstream and downstream sectors and across industries. Hit the follow button o keep up to date with my latest insights.

Daniel Sullivan is Head of Global Natural Resources and has over 30 years industry experience. He has previously worked at 90 West, which Henderson acquired in 2015, Goldman Sachs, Deutsche Asset Management, Zurich Scudder Investments and AMP.

Get investment ideas from Daniel Sullivan when you sign up to Livewire Markets.