3 stocks for exposure to the rising Chinese consumer 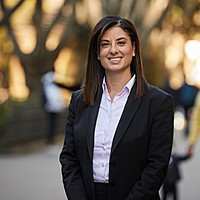 For a while now, investors looking for exposure to the seemingly inexorable rise of China looked to popular western-owned global brands such as Nike or Starbucks. But the dynamics are rapidly shifting and are continuing to evolve.

A breed of domestic brands are on the rise and are likely to take market share. These are businesses that investors can’t ignore.

As China has emerged as one of the largest economies in the world there’s been a real shift in the composition of the economy.

Exports as a percentage of GDP peaked in China in 2007, at around 35%, and today it’s less than 20%. What this tell us is China has been pivoting towards a consumption and services driven economy for more than a decade now.

This, we think, will continue - underpinned by some powerful shifts in demographics. It’s no secret the population is getting wealthier, but by the end of this decade China will have a demographic profile more akin to that of a developed world economy where 20% of the population accounts for 40% of aggregate income. Tech and trade wars have further prompted China to focus on developing its domestic economy.

We’re seeing rising nationalism in China, and with that we think domestic brands can take market share from global brands. Looking ahead we could see China and the US continue to economically decouple.

Despite the negativity we might hear around China politically, or talk of shorter-term economic tightening, this is an undeniable long-term story of growth.

Trip.com is an online travel agency – much like Expedia. It has almost half of the online domestic travel market in China and dominates online international travel, with around 70% share.

We see international travel as a major growth opportunity in China. China’s GDP per capita is 30% higher than Thailand. Yet the Thais are already travelling more than the Chinese.

It’s also worth considering that only around 15% of international flights are currently booked online in China, with most trips still booked through traditional tour groups. We expect the popularity of booking online to gather pace, much like in western countries, and Trip.com is at the forefront.

Not only is the long term outlook for Trip.com supported by structural growth surrounding the rise of the Chinese consumer and shift to online bookings, it is also a nearer-term reopening play.

In normal conditions half of the international travel from China is still to Macau, Hong Kong and Taiwan. This can come back quickly with the opening of travel bubbles.

Our analysis has the company’s earnings likely to exceed pre-COVID levels in 2023, where we see the business valued at just 12x operating profit.

Over the last decade or so much has been said about the rise of e-commerce in China. E-commerce was adopted faster in China than parts of the developed world because of a lack of modern retail outlets, plus it’s helped that logistics costs in China are amongst the lowest in the world which is partly due to population density.

In this context Alibaba dominated the conversation. But investors can never set-and-forget. The retail landscape continues to evolve and we see new winners emerging.

We’re closely watching the emergence of what’s called ‘community group buying’ in China – it’s essentially the modernisation of fresh food and pantry staples. Instead of making multiple trips to the wet market each week, customers can place their grocery order online and need only go to their nearby pick up point to collect their goods.

Currently, the platforms are still sourcing fresh produce from a local wholesaler (the ultimate goal is to source directly from farmers) but it’s already cut out several layers of distribution, thus grocery prices have already started falling.

Meituan is China’s largest food delivery business (the Uber Eats of China) and has used its dominance in food delivery to quickly take the lead in community group buying and we think they’ll be hard to dislodge. The company has around 25% market share, but this is still less than 1% of total grocery.

Grocery is estimated to be a $2 trillion market - a large opportunity to fight for. Profits in Meituan’s traditional businesses today are being reinvested into community group buying. But roll forward two years, if community group buying can take around 5% of the grocery market and Meituan can take around a third of this, Meituan could pivot from a loss today, to an operating profit of $7 – 8 billion as the company reaps the benefits of its investment and scale.

Ultimately, we think community group buying can take 10% of China’s grocery market over the next five years. We could see Meituan’s revenue base almost double from $20 billion in 2020.

Today, Tencent dominates China’s online advertising market given WeChat is China’s largest social and messaging platform. But the competitive landscape is changing here too. New social platforms are emerging and the competition for eyeballs is increasing.

Will Tencent become the next Alibaba?

Unlike e-commerce, the penetration of digital advertising in China is low and lags that of the US as a percentage of GDP. We think online advertising will continue to grow with economic growth, taking share from more traditional forms of advertising. More competition can be mitigated by the fact that the segment itself has so much room to grow.

Even with a backdrop of more competition, WeChat is hugely under-monetised relative to time spent. Tencent not only has a powerful social platform but it’s also one of the leading e-wallets. Tencent’s ability to collect data and build a user profile is perhaps one of the best in the world, and the company will be able to monetise this as the digital advertising economy grows.

Tencent is a dominant platform embedded into daily life in China. The core business is growing earnings at 20% p.a. and valued at around 19x earnings.

In the latest episode of the Good Vale podcast, I delve further into the aforementioned Chinese stocks with Antipodes Asia Fund PM Sunny Bangia. We also discuss other opportunities including Baiju distiller, Wuliangye, leading insurance company Ping An and how to get exposure to decarbonisation in China. Additionally, Sunny shares his views on Alibaba and domestic regulation.

A new episode on our podcast goes live every month. You can Subscribe on Apple, Google or Spotify to be notified.

Discover more about Antipodes Partners and the pragmatic value approach. Visit the Antipodes website, or keep up to date with the investment team on Linkedin.