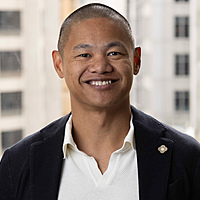 save
For the first time in its history, bitcoin has broken below its previous cycle's high. The previous cycle's high was US$19,783 in December 2017, and on June 19th, the price dropped to as low as US$17,708. The price has since rebounded, and at the time of writing, is hovering around US$19,200. With very thin trading historically under US$20,000, the next level of real support may not be until US$13,800.

Bitcoin is currently down ~70 % since peaking at US$68,789 in November 2021. In the current macro environment where tightening by the Fed continues to try to tame inflation, the price remains under pressure and may fall further.

There is some consolation in that the bitcoin price has fallen to its 200-week simple moving average (‘SMA’) and is now trading close to its ‘realized price’ (a kind of total “cost basis” for all coins on the network). Historically, both have been near ultimate lows or support for bitcoin.

But price is not necessarily an indicator of true value. Assets can and do trade over-valued and under-valued. As discussed below, we have continued to see metrics that make all-time highs for the Bitcoin network, suggesting that bitcoin is alive and healthy and will get through this tightening cycle in the crypto market (although many other cryptocurrencies may not).

Four on-chain metrics that have continued to hit higher highs and demonstrate the health of the Bitcoin network are:

Hash rate is the total computational power being used by a proof-of-work cryptocurrency network to process transactions. A high hash rate is considered an indicator of a network's security because it shows many miners are verifying transactions.

While industry players like centralised borrowing and lending platforms have experienced risk issues, the Bitcoin network has continued to operate normally without any kind of hiccup, downtime, or “pause.” With the hash rate continuing to climb to a new all-time high, on this metric the Bitcoin network appears more secure today than at any time prior.

Bitcoin wallet addresses with at least or greater than .01, .1 or 1 BTC

Investors have continued to accumulate. Based on the chart below, over 858,000 wallet address hold at least 1 bitcoin or more.

Percent of supply last active 1+ years ago shows the percent of circulating supply that has not moved in at least a year. Bitcoin that has not moved in 1+ years could be considered ‘illiquid’ even though it would still be considered as part of the circulating supply. The higher the illiquid supply, the less selling pressure there can be on the network, which is considered positive in the long-term.

Long-term holders have continued to sit tight. Investors holding BTC for at least 1 year has continued to grow and sits at an all-time high of 65.47%.

Lightning Network Capacity shows the total amount of BTC locked in the Lightning Network. Lightning Network payment nodes open payment channels with each other. As transactions are made across channels, the channel balance is reflected without the need to broadcast a transaction on-chain, effectively creating a second layer on top of the Bitcoin network.

According to data, Lightning Network capacity is sitting at an all-time-high of 4012 BTC locked. As capacity increases, the Lightning Network enables faster and almost zero-fee Bitcoin transactions via off-chain payment channels. This metric is considered a positive for the use and adoption of bitcoin.
If we consider Bitcoin to be like other growth assets, it stands to reason that it will not be insulated from the macro environment and will continue to suffer from monetary tightening. Since 2020, bitcoin has increased in price more than any other asset class and, unsurprisingly, has fallen harder. While the bitcoin price has continued to fall, there are several bitcoin fundamentals that have continued to strengthen and make new all-time highs. Eventually the fundamentals and value should meet price, but where and when that happens is anyone’s guess.