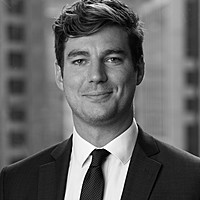 The release of Apple’s new iPhone 12 and a recent change in the laws in India have combined to result in a potentially rewarding opportunity for the tech giant.

In this instalment of our ‘Behind the Ticker’ series, we take a closer look at what these developments mean for one of the world’s largest companies.

5G capability is the major headline on the new release, expected to kickstart what had been dwindling sales of previous models in developed markets.

Over the years, Apple has diversified away from its reliance on iPhone sales, as wearables such as the Apple Watch and AirPods have taken off, while their stable margin stream of consumer services such as the iCloud continues to grow. This being said, iPhones remain the largest single contributor to Apple’s revenue, so it is important to understand where the next source of growth may come from.

India is becoming a focal point for Apple

Interestingly, it may be India that presents Apple with its largest opportunity in the years ahead.

India’s population is around 1.4 billion, making it the second most populous country in the world behind China, and over four times the size of the U.S. Of that, half the population, or almost 700 million, are already smartphone users, with the other half yet to have access.

Historically, Apple has had no direct retail presence in India. Previously under Indian law, foreign retailers were banned from selling products directly unless they sourced at least 30% of their goods from India. As a result, Apple could not open physical or online stores in India and were forced to rely on distribution through third-party resellers, which typically sell the same products for increased prices.

Recently, the Indian government relaxed some of these laws, opening the door for Apple to set up direct operations in the country.

In September this year, Apple launched its online iStore in India, allowing them to sell directly to consumers. Tim Cook, Apple’s CEO, has also said that Apple will look to open its first retail store in India in 2021.

Currently, Apple’s share of the Indian smartphone market is only 2-3%. In contrast, Apple owns 46% of the market in the U.S. and 8.5% in China. The majority of usage in India is currently in lower-cost Chinese Android-reliant brands.

Whilst the premium cost may seem a near-term issue, the rising average wage has already seen an upward trend in the average selling price of smartphones in India. India’s middle class is growing rapidly, and they have an incredibly young and well-educated society, with a median age of just 28 years.

There is also the potential for Apple to reduce manufacturing costs and taxes by looking to India as a source of manufacturing, and pass these savings on to Indian consumers, making the iPhone more competitive on a cost basis.

In a bid for self-reliance, and to attract foreign manufacturers, India’s government implemented a ‘Make in India’ initiative, looking to increase local manufacturing as a share of total GDP, through a combination of import disincentives and local tax incentives.

This has proved timely, coinciding with the COVID-19 pandemic and the U.S./China trade war, which have both significantly disrupted global supply chains, particularly those reliant on China.

Aside from the relative tax benefits, labour is estimated to cost up to 15% less in India than in China. These cost savings could be a significant boost to Apple’s supply chain and other manufacturers alike.

Many multi-national companies have already been forced to diversify their global manufacturing bases and have looked to India as an alternative, including:

These two alone have the capability to produce up to US$40 billion worth of smartphones, which could all be exported out of India, in the process potentially making Apple India’s largest exporter.

Apple now has direct access to one of the biggest consumer markets in the world, with a growing demographic which may favour the Apple brand. Apple and their suppliers may also benefit from local manufacturing, and significant cost savings through local operations.

Alistair is responsible for supporting Institutional and Intermediary Broker channels. Prior to joining BetaShares, he was based in London, working at European ETF provider Lyxor Asset Management.

Get investment ideas from Alistair Mills when you sign up to Livewire Markets.