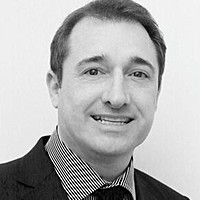 Pantoro Limited is a Western Australian gold producer with the potential for near term value growth. The company has operated its 100% owned Halls Creek Gold Project in the Kimberley Region of Western Australia since construction by Pantoro in 2015, and is now developing its 50% owned Norseman Gold Project, which was acquired in July 2019.

Pantoro’s management team has demonstrated its ability in the areas of project development, operations and change management at Halls Creek, where the relatively small operation consistently produces positive cashflows which rival, and often exceed, that of much larger operations. The mine was developed on a limited budget in 2015, when Pantoro spent just $12 million up to first gold production. The nimble approach taken by the management team has successfully managed the many challenges that come with narrow vein gold mining mining, including modification of mining methods where necessary, and strict cost management ensuring positive cashflow as the mines have progressed deeper.

Pantoro’s success at Halls Creek was recognised by a market re-rating from explorer to producer valuations. This provided the company with the opportunity to acquire its 50% interest in the large-scale, high-grade Norseman Gold Project (NGP). As manager of the NGP, Pantoro has rapidly accelerated the project from a dormant site to completion of a Definitive Feasibility Study in October 2020.

Pantoro’s approach to the project reflects its knowledge and skill base as developers and operators. At the time of acquisition, the company selected the six areas that they believed required the least time and capital to bring the NGP to production. They undertook to bring those areas to mine ready status, prior to moving onto other resource areas for conversion, and have diligently stuck to that undertaking throughout the first 18 months of ownership.

During a discussion with Paul Cmrlec, Managing Director of Pantoro, several points that we look for in our investee companies were evident in Pantoro’s equity case. The executive management team of Pantoro have worked together and delivered operational success in various companies over an extended period. Paul understands and emphasises the importance of the team and their ability to deal with hurdles as they arise, which our experience as resources sector investors has taught us is a key quality. The team have specialised knowledge of underground gold development and a track record of successful development, a key aspect of derisking exposure to a relatively geologically complex project like the NGP.

This specialist knowledge is reflected in the company’s approach to the DFS, which is supported by a serious investment in drilling by Pantoro. In contrast to all previous owners post Western Mining’s ownership in the early 2000’s, Pantoro recognised the need to build a solid mine inventory in order to define a suitable mine life prior to completing a DFS and ultimately recommencing production. To date Pantoro has completed over 150,000m of RC and diamond drilling, with the same size of program planned again during the next financial year.

Drilling results have often been spectacular, and in all instances have at least met expectation, leading to a +600,000 ounce Ore Reserve being delivered from less than 30% of the areas covered by the existing 4.2Moz of Mineral Resources estimated at the site. This is the largest Ore Reserve that has ever been in place at Norseman, which is Australia’s longest operating gold mine, and historical producer of approximately 6 million ounces of gold – a remarkable piece of data given this long history of operation. The historical operations always relied on ongoing replenishment of Ore Reserves, an approach which is commonplace in Western Australia. Pantoro’s approach means that investors can take comfort in the long term conversion of resources to reserves, and that investment in production facilities will be supported by a substantial mining inventory.

Operational expertise is at the core of the management group. Cmrlec said “we are operators and developers that have all started in technical positions and worked through the ranks during our careers. We complete project assessments ourselves and are able to apply real world costs and operational realities, where many utilise consultants and never get an in depth understanding of the beast that they are dealing with. This continues into operations where we remain heavily involved in high level planning to ensure that our operations remain viable when we see gold price movements or orebody challenges”.

“From the first time that we looked at the Norseman data we knew that we were looking at a near term, large scale opportunity which rarely becomes available. The drilling programs that we have undertaken have provided fantastic results, but they have not surprised us. There is plenty of data available to give us the confidence that resources are of excellent quality. The main challenge was to select which opportunities we would take to being production ready first, rather than selecting which opportunities might be suitable for production”.

An additional part of the phase 1 strategy was also to spend approximately 20% of funds on new exploration. This was very productive for the company with three new discoveries including Green Lantern, Panda, and Sailfish. This week, Pantoro has announced another new discovery at the Scotia mining centre, demonstrating the great potential of the largely under-explored land package to deliver further scale and opportunities to deliver production ounces into the future.

Pantoro is now well advanced in delivering stage two of its strategy, which includes ongoing growth from the Scotia Mining Centre and extension of the historic Main Field which has produced the majority of the gold from Norseman to date. The new discoveries at Scotia, and the large program underway on the Mainfield put Pantoro in good stead to achieve their stated goal of doubling the project Ore Reserve inventory during the next year.

The lack of exploration using modern methods within the NGP land package over the past 30 years contrasts starkly with the huge potential recognised by Western Mining in the early 1990’s and by many geologists since. Some have suggested that, using modern exploration, the largely un-explored area of Lake Cowan has the potential to produce multiple deposits of +1MOz. Parallels can be drawn to the huge success that Goldfields have had on the lake areas around Kambalda, where the multi-million Invincible discovery was found in sedimentary hosts previously considered un-productive by Western Mining. Norseman is the last of the Western Mining camp scale operations not in the hands of a major, and the evidence suggests that it can do for Pantoro what other ex-Western Mining sites have done for others, such as Goldfields at St Ives and Agnew, and Hill 50 Gold NL and then Ramelius at Mt Magnet.

From Eden’s point of view Pantoro represents a compelling exposure to a current small-scale gold producer with the potential to deliver a highly significant development project in Norseman. The NGP has been rapidly advanced by an executive team which has a proven track record of delivery of high grade, narrow vein gold projects, and which has a strategy in place to exploit the numerous exploration opportunities available across various fronts, incorporating conversion of known Resources to production ready Reserves and greenfields prospects which have not to date been subject to modern exploration methodology.

........
The information provided on this website is for use of a general nature only and is not intended to be relied upon as, nor to be suitable for, specific professional advice. No responsibility for loss occasioned to any persons acting on or refraining from action as a result of any material in this publication can be accepted. Links are provided for your convenience. This does not mean that we endorse, or are associated with those sites and their information.
save