A less obvious way to invest in solar 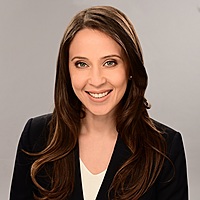 In a recent article we posted on livewire we discussed Renewable Energy and that the price you pay always matters. We mentioned Sunrun and that it is one of Pella Funds Management's stock picks. Here we provide a look through into why we think this might be one of the less obvious ways to invest in solar and why we think Sunrun offers an attractive investment opportunity.

The drop in solar panel prices along with generous incentives and favourable regulations has made solar power a cheap and obvious solution in the global drive to reduce carbon emissions. In 2020 there was a record 144GW of solar capacity added globally according to Bloomberg New Energy Finance.

Although the solar sector was severely affected by COVID-19, it experienced a rapid recovery with the Invesco Solar ETF rising nearly 450% from the lows in March 2020 to a new peak in February 2021. The strong performance followed President Biden winning the Presidency as well as the Democrats taking a slim majority in the Senate, which provided hope for the Green New Deal. With little enacted since and global yields rising, the Invesco Solar ETF has declined by about 30% from its highs and we believe valuations in the solar sector are interesting again.

Overview of the solar value chain

The solar value chain comprises raw materials including polysilicon, manufacturing including wafers, modules/panels and glass, installers, developers, and technologies including trackers and inverters. However, investing in the solar sector has been tricky in the past due to commoditisation and technological risk.

For example, polysilicon has become commoditised with Wacker Chemie, historically the technological and volume leader in that market, overtaken by inferior but cheaper production from China. GCL-Poly was a significant manufacturer of wafers but has been superseded by Longi due to the technological shift from polycrystalline silicon to the more efficient monocrystalline silicon.

A less obvious way to invest in the solar sector and without the technological risk is through the residential solar installers in the US, which includes Sunrun, Sunnova and SunPower. According to the Solar Energy Industries Association, there are less than 3 million solar energy systems installed in the US for a penetration rate of only 3%, based on 80 million occupied single family detached housing units in the US.

The boom in residential solar installations has been driven by the federal Investment Tax Credit (ITC) and net metering. The ITC was recently extended for two years and provides a 26% tax credit to the owner of the residential solar system. Although President Biden plans to extend the ITC by ten years, it is currently slated to decline to 22% in 2023 and 10% in 2024 onwards without further action.

Solar panels generate electricity throughout daylight hours, resulting in excess electricity during the day and a deficit during the night. Although the excess electricity can be stored in a battery, it is usually sold back into the grid through net metering. Most states in the US currently have full retail net metering, which is the most generous, but this is shifting towards less generous net metering programs, with California likely to implement soon.

We believe residential solar installers are easily missed or ignored as they tend to show large losses, high levels of debt, capital expenditures and negative cash flows. However, this masks the significant mismatch in timing of expenses and revenue, the use of non-recourse debt and project finance, the funding of capital expenditures by third parties, and the long-dated nature of the cash flows. A simpler way to view these businesses is that they generate a profit of up to $6,000 (in today’s terms) per installation but this takes up to 25 years to fully realise.

Sunrun is the largest residential solar installer in the US, with 600,000 cumulative customers since 2007. Sunrun purchases the solar energy systems from third parties and installs them at the customers’ home. In most cases, Sunrun retains ownership of the solar energy systems, with the customer entering into a long-term lease or power purchase agreement of up to 25 years. The majority of customers save 5-45% off their existing bill in the first year, with fixed price increases of 2.9% per year also providing long term cost visibility and stability.

A solution to power grid issues?

Extreme weather events in states such as California and Texas have caused outages and requests to conserve power, exposing reliability issues in the power grid. Sunrun is a prime beneficiary as a solar system paired with a battery can act as a backup during outages, with online traffic to its website in Texas surging 350% following the winter storm in February. As more batteries are installed, Sunrun can act as a mini utility by providing managed grid services to utilities for a fee whereby Sunrun agrees to help stabilise the grid during periods of high demand by selling stored electricity into the grid.

Room to improve in ESG

Sunrun received an ESG rating of BBB from MSCI in September 2020, having been downgraded from the previous rating of A. Sunrun scores strongly in the environmental criteria due to its exposure to renewable energy and its relatively large renewable energy capacity. However, Sunrun scores poorly in the social criteria as it does not meet best practices in having a talent pipeline development strategy and there is no evidence that it provides educational support to employees, placing Sunrun at risk of increased employee turnover, especially post the merger with Vivint Solar.

Sunrun also scores poorly in the governance criteria as both founders continue to sit on the board and some non-executives have too many other board commitments. With the newly announced appointment of a non-executive director to the role of CEO and the current CEO becoming the executive co-chair, questions may be asked regarding the actual independence of the non-executive directors. We believe there is significant room for improvement in both the social and governance criteria and will look to engage with Sunrun on these issues.

At Pella, we emphasize delivering on both financial results and social responsibility. We focus equally on value and growth and Sunrun is a stock example in the Innovation segment of the portfolio that demonstrates these targets.

Sunrun is currently trading on a negative forward PE and a negative forward free cash flow yield, but these are not good ways to value a fast growing business with long dated cash flows that is reinvesting heavily into its business. A better way is to use Sunrun’s potential cash flow generation as a proxy, which we believe values Sunrun on an adjusted forward free cash flow yield of at least 4%. Given Sunrun’s track record, significant long term growth potential and strength in the environmental criteria, we believe the current valuation represents good value. Sunrun can become a Core holding in the longer term as cash flows improve and we will look to engage with the company to improve its social and governance criteria.