A look into the world's innovation lab 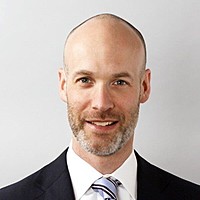 In the late twentieth century the emerging economies operated much as they had in the early twentieth century. The largest sector in the MSCI Emerging Markets Index, after financials, was materials. Put another way, the companies that extracted the emerging markets’ mineral wealth for export to the developed markets accounted for about a fifth of the markets’ publicly traded and tracked economic activity.

That was in 1995, seven years after the inception of the emerging markets index. Since then, the market value of the index has grown to $5.3 trillion and materials' share of it has shrunk by almost two-thirds, eclipsed by the sectors most commonly associated with the advanced economies. Information technology, which amounted to all of 2.3% of the index’s total capitalization weight in 1995, represented nearly 30% of the index at its recent peak. The total, which counts in the communication services sector that MSCI spun out to accommodate the explosive growth of the internet, surpassed financials as the index's biggest constituent (Exhibit 1).

Exhibit 1: Mapping the EM Journey from shovels to computer chips

After looking at the emerging markets’ leapfrog past the developed markets on the internet, we will trace how technology is transforming daily life in the emerging markets in four vital aspects: shopping, banking, education, and recreation. This technology revolution has had its greatest impact to date in China, but it is proceeding at varying speeds throughout the emerging world.

The increase in mobile internet speed has largely driven emerging markets’ embrace of technology. Back in 1995, the 2G standard set a leisurely pace, fast enough for texting and little more. 3G enabled graphics to enrich the content, 4G enabled smartphone video, and 5G promises to accelerate communication among interconnected devices.

As internet capabilities increased and migrated to smartphones—and as the cost of smartphones came down with the introduction of open-source Android software—emerging markets consumers embraced the internet and adopted smartphones in overwhelming numbers. China alone had half-a-billion mobile internet users by 2013—a number that has since grown to 812 million. As the user base spread out, the focus on innovation intensified. Today China is leading the world in adopting 5G technology. In 2020 as the developed world awaits the arrival of the advanced networks and speculates on the changes it will bring about, they will be broadly operational in China (Exhibit 2).

Exhibit 2: China is leading the world in adopting 5G technology

Technology assumed its dominant position in the emerging markets index so quickly because technology in the emerging markets had nothing to overtake and disrupt—no shopping malls, no credit cards, very little by way of formal education systems or professional sports, and no easy means to get from one place to another in its sprawling cities. E-commerce—the virtual shopping mall—since the introduction of the Android smartphone in 2009 has grown to top $1 trillion, or about twice as large as the comparable figure for the United States. And the gross merchandise value of the goods moved by the largest emerging markets online merchant, Alibaba, exceeds Amazon’s turnover by a factor of five.

Even with all that growth the internet merchants have only scratched the surface.

They have focused their efforts to date on the largest cities, leaving the secondary metropolises largely untouched. Yet residents of these secondary cities rely on the internet as much as their big-city counterparts and in China alone they have a combined purchasing power amounting to $2.3 trillion, a number that forecasters project to triple over the next 10 years.

At the same time as they are extending their markets outside the big cities, the internet merchants are expanding their offerings. They have moved past goods into services as diverse as insurance and food delivery. The market is large and growing in China’s largest cities, and the demand for such hallmarks of urban life is evident in the smaller metros. Moreover, such services have provided the Chinese internet giants a vehicle for overseas expansion. Alibaba and Naspers, the South African holding company that holds a large stake in Alibaba’s biggest domestic competitor, Tencent, back the two dominant food delivery concerns in India. Together they control better than a 90% share of one of the fastest-growing categories in Indian e-commerce.

The payment system in India, the system that undergirds every financial transaction, we believe represents a far bigger opportunity than food delivery—and a far more contested market. The Indian government is actively favoring electronic payments over cash in an effort to modernize the economy and improve tax collection. Alibaba has acquired a share of Paytm, the nation’s leading digital payments system.

Digital payments, made with funds deposited in an app and paid out through QR codes supplied to merchants, bypass both brick-and-mortar banks and plastic credit cards.

Alibaba developed the system in its early days at the turn of the century when the still-tiny Chinese middle class lacked access to either banks or credit cards, and integrity of the Alipay brand and the Alipay app’s ease of use powered the parent company’s growth into a financial colossus.

Opposing Alibaba’s bid for dominance in India are the developed world’s two leading payment processors, Visa and Mastercard, which have long had footprints in India. In contrast to the simplicity of digital payments, the card systems operate along a complex interlocking intermediary network. Complicating the matter further, the government has encouraged local competitors to enter the fray.

While competition is wide open for a share of a payments processing market that numbers over a billion potential consumers, the outcome may seem more cut-and-dried in other major emerging markets. The complexity of "plastic” constitutes a formidable barrier as payments get routed via an encoded strip on the consumer’s card from a customer’s bank, through the bank that issued the card, then bundled in a central facility and credited to the seller’s bank account, with each participant raking in a transaction fee along the way. Thus banks have a considerable incentive to go plastic. But even in an emerging market like Brazil, where banks enjoy a solid retail customer base, local digital disruptors like PagSeguro may find an opening. Adapting the Alipay model, they can onboard online customers without bank accounts but with digital access and sign up the micro-merchants and street vendors that thrive in emerging markets but have businesses too small to afford the costs and paperwork entailed in a formal banking relationship.

The rise of the emerging markets middle class has brought with it a vastly increased demand for the career and intellectual advantages of a formal education. Once again, as in the case of shopping and banking, the growing demand has outpaced the ability of traditional brick-and-mortar infrastructure to meet it. And once again, China is leading the emerging markets in finding a technological solution.

The market for formal learning in China is huge and largely privatized—projections have it topping RMB3.36 trillion (USD$500 billion) over the next year. In its earliest incarnation, it assumed the form of personal after-school tutoring, which effectively restricted demand to the affluent population in the largest cities. The expansion of the mobile internet enabled educational enrichment to reach vastly greater numbers through pure online learning that brings together internet instruction, tutoring, and homework help to address the needs of dozens of students simultaneously. Besides scaling up the craft of pedagogy, the internet has overcome the limits of geography and created opportunities for remote learners in China’s smaller cities, where roughly 70% of school-age China resides.

The number of livestream users itself is staggering—better than nine out of 10 of 812 million China's mobile internet users use their devices for online messaging, 75% watch videos online, 70% shop online, nearly 60% play online video games, about the same percentage watch live video streams, and nearly 30% watch others play video games (Exhibit 3). In the emerging markets as a whole, a recent survey found that three out of five livestream viewers in the emerging markets spend an hour or more per session.

Live streaming has created entirely new industries, in the emerging markets before anywhere else in the world. Mobile games generated about three times more revenue last year, better than $19 billion, than all other apps combined. As with so many other high tech phenomena, the emerging markets, China in particular, have acted as the prime movers.

Video games have spun off yet another billion-dollar industry: eSports, video games as spectator sport. With a global fan base that now exceeds 500 million, eSports has attracted major consumer goods sponsors—Coca-Cola and T-Mobile among others. Tencent’s popular League of Legends signed a six-year deal with Disney's BAMTech subsidiary valued at $300 million in 2016. Not to be outdone, Facebook contracted with ESL (Electronic Sports League) to stream 5,500 hours of competition in the coming years (Exhibit 4).

Exhibit 4: eSports revenue is expected to exceed $1 billion in 2019

For further insights from the team at Lazard Asset Management, please visit our website.

Robert is Director and Research Analyst on the Developing Markets Equity team, focusing on the technology sector. He began working in the investment field in 1993. Prior to joining Lazard in 2011, he Director and Portfolio Manager at Merrill Lynch.

Get investment ideas from Robert Horton when you sign up to Livewire Markets.