A retailer adapting and now thriving from the pandemic 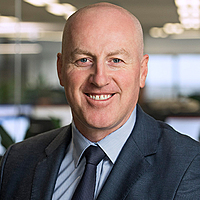 The COVID-19 pandemic was expected to hit consumer spending and trigger a recession not seen in Australia since 1991. As retailers shut their doors and households bunkered down, it was almost a given that high unemployment would cripple consumer confidence as we entered a period of frugal, recession-like behaviour. Fast forward six months and this scenario couldn’t be more different from what's transpired.

Following a sharp decline in April, consumer spending bounced back in May and June as consumers sighed in relief that the worst of the health outcomes had been avoided. Government stimulus and pent-up demand has since left the retailers themselves surprised at just how strong the demand has been.

While some of these retailers have no doubt benefited from a ‘COVID-bump’ (there is only so many times you can buy a new TV), one retailer we are optimistic about over the long term is Premier Investments (ASX: PMV). Premier is home to a number of household retail brands, many of which you may have shopped at including Just Jeans, Dotti, Peter Alexander and Smiggle. Of these brands, we are most excited about Peter Alexander and Smiggle as both are market leaders in their respective niches (sleepwear and school gear) and we believe, still have a long runway for growth. The importance of owner-managed businesses

Premier Investments is in many ways a publicly listed investment vehicle for Solomon Lew, who owns 42% of the company and has been its executive chairman since 2008. In our opinion, Lew is one of the most successful retail investors and operators in the country with a track record of creating value for himself and shareholders. We enjoy investing in businesses that are owner-managed as it ensures a long-term mindset and a conservative approach to running the business.

When the pandemic hit, Premier Investments moved swiftly and prudently to protect the long-term interests of the company.

This included the difficult decision to stand down its 9,000 employees, while its executive team continued to work through April on zero pay. By instituting a hard pause on all capital expenditure and running the business on a conservative balance sheet with net cash, Premier was able to effectively navigate the COVID-19 crisis and avoided harming shareholders with a dilutive capital raise.

This long term mindset is also evident in the growth of the Peter Alexander brand, which Premier has nurtured from 27 stores and $50m in sales in 2009 to 140 stores and $288m in sales today. Today, Peter Alexander is regarded as a leading gift destination for many Australian consumers with sales in the week leading up to Mother’s Day (2-9 May 2020) up 18% year on year despite all of its Australian stores being closed.

As consumers continue to ‘work from home’ we expect sales of Peter Alexander’s popular sleepwear to grow and indeed management have already indicated sales growth of 40% in the first 6 weeks of this financial year!

Playing a dangerous game with landlords?

Premier Investments has made headlines during the pandemic for refusing to pay rent at its stores, infuriating landlords across the country. Landlords have in turn publicly criticised the company for increasing profits, while not paying rent and claiming government subsidies such as JobKeeper.

While it’s true that Premier (and many other retailers) has benefitted from wage and rental subsidies, it is worth noting that the impact to earnings from its shutting stores between March and May was much larger at almost $74m. Premier expensed all of its contractual rent except for the month of April (a $23m benefit) and retained JobKeeper benefits of $33m, which still leaves an $18m earnings hole. Accordingly, we feel management deserves just as much credit for delivering profit growth during the half. Nevertheless, many investors remain concerned that Premier’s actions against landlords may cause irrevocable damage to their relationship with a key stakeholder.

While this is certainly a risk, we think there is merit to Premier’s claim for lower rents. For decades, shopping malls have been celebrated as entertainment destinations, but as shopping dollars move online, these once-popular meeting hubs are suffering from declining foot traffic and relevance. Premier’s efforts to cap rents are simply a reflection of this decline and a recognition that online shopping offers more convenience to consumers. Although Premier has publicly threatened to shutter up to 350 stores, we believe the final number will be far lower than this and that in most cases an appropriate rental agreement will be reached which balances both parties’ interests.

One of the negotiating tools in Premier Investments’ armoury against landlords has been its success in growing online sales.

In 2H20 online sales accounted for a remarkable 25.5% of total sales and Premier has noted that the online channel delivers higher margins than the group average. Premier was an early adopter in online, investing in a centralised distribution centre in 2013 which fulfils orders for all Premier Retail products across Australia. We believe the shift to online retailing will be a permanent feature post-pandemic and we expect e-commerce penetration to rise over the coming years.

Premier Investments is well placed to capture it’s fair share of this growth, and so far the numbers agree, with online sales up 92% in the first six weeks of the 2021 financial year. Smiggle has been a key reason to own Premier with the brand resonating internationally and a long runway for growth. The business had been performing well prior to the pandemic with sales growing 14% in the first half. However, the onset of COVID-19 has been extremely disruptive. As kids were pulled out of schools, the sales of Premier’s largest categories backpacks, lunchboxes and bottles naturally declined.

Nevertheless, we remain optimistic of the business’ long term prospects. Smiggle is a powerful global brand and in markets where children have returned to school sales have rebounded sharply. In the past management have commented on a $450m sales target (versus $256m this year) and we remain confident they will get there over the medium term.

Breville an important piece of the valuation puzzle

Premier Investments also holds a 26.7% stake in listed household appliance maker Breville (ASX: BRG). At the current share price, this stake is worth more than $1bn and accounts for 28% of Premier’s market capitalisation.

If we exclude Premier’s investments in Breville, Myer and property assets, the market value of Premier’s retail assets is $2.2bn trading on 11.8x FY20 retail EBIT. We think this an attractive price given the growth opportunities at Smiggle and the potential for margin expansion as online penetration continues to grow.

We identify Australian companies based on their financial strength, attractive durable business characteristics and the quality of their management teams. Stay up to date with our most compelling insights by hitting follow below.