Afterpay goes up another gear 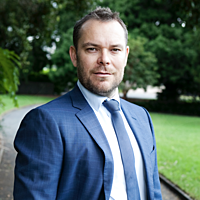 As an investment, Afterpay has been unique. Firstly, for the extraordinary returns it has delivered investors. And secondly for its rapid growth from concept 4 years ago to a $4 billion company whose offshore expansion seems to have just gone up another gear.

We believe the business is well on its way to over 3 million customers in Australia as it broadens its reach into healthcare (e.g. The recent Primary Dental arrangement), travel and entertainment. However the real opportunity is to replicate the business model offshore.

Rapid growth in the US

To date, the primary focus has been the USA. Backing small companies to enter the US market has not typically been a successful proposition, however Afterpay Touch has some unusual characteristics.

Possibly the most intriguing attribute of Afterpay has been its ability to grow customers at an exceptional rate with next to no customer acquisition costs. This has been a defining feature of the company's large and rapid share price gain, as it has been able to scale domestically and offshore with very little incremental equity capital, meaning shareholders have not faced dilution.

Whilst it is still early days, the US retailer engagement & pipeline appears eerily similar to the Australian experience, albeit at an accelerated pace. The disclosure in today’s results of 800 signed merchant contracts and 150k active customers in the US is significant in that the company has achieved this in a mere 12 weeks. It took the company close to 18 months to get to this level of merchant and customer numbers in Australia.

In broad terms it appears the company is scaling in the US at 6 times the pace it did in Australia, and in a market 10 times the size.

Matrix Partners, an early stage venture capital firm, invested $20m in Afterpay at $6.51 a share in January 2018 to give them 10% of the Afterpay US business and form a strategic partnership to tackle the US market. We always look for third party validation on our investment thesis and this is a good example of it.

Planting a flag in the UK market

Today’s announcement of an entry into the UK market and associated capital raise is a logical move for Afterpay, albeit a little sooner than we had expected.

However, the United Kingdom has the third largest e-commerce market globally so it is important for Afterpay to be on the offensive and have a presence on the ground there.

There is clearly a global land grab on. Importantly, it does appear the company is being pulled into the UK by existing Australian and US merchants that operate there and we think these strong relationships will position the business well for early engagement with UK retailers as it did with US retailers.

While many have questioned the company’s large valuation, it appears Afterpay is rapidly back-filling that valuation.

Eley Griffiths Group has been uncovering the next hidden opportunity in small companies since 2003. Find out how

M
Mathew Raabe
28th Aug, 18
Would it be more viable to invest in overseas controllers of stock or the primary AUS based company? -New to trading

Get investment ideas from David Allingham when you sign up to Livewire Markets.