Agreement with Pathologists provides greater certainty for Sonic and Primary 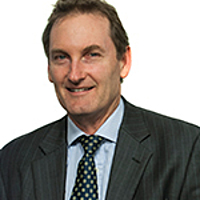 Over the week-end the Prime Minister commented that an agreement had been reached with the pathologists (and Pathology Australia). The Federal Government will keep its proposed cuts to bulk-billing incentives and the pathologist will wear the extra costs, so as to maintain the existing bulk billing rates. In return, the Coalition has promised to legislate to provide a level of protection for pathology companies over rent increases for collection centres. Pathology Australia has also agreed to stop its anti-government campaign. Our view: The agreement has provided a greater level of certainty for the two listed pathology providers Sonic Healthcare and Primary Healthcare. Both share prices have responded positively this morning up 6.0% and 5.1%. Without the rent protection we had previously adjusted down our FY17 forecast for SHL by 5.9% and for PRY by 11.9%. Today's share price recovery brings us back to where we were before cuts to bulk billing incentives had been announced last December. Both Sonic and Primary are now trading ahead of our price targets and we are happy to trim holdings into this price strength.