AIMS Property Securities Fund – vote to wind it up 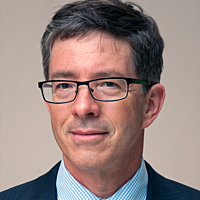 1) Our proposal to wind up APW will benefit you.

If APW is wound up, you will receive NAV (less wind-up costs) for each of your APW units.

Ever since AIMS became manager of APW in 2009, its units have traded on the ASX at a large discount to the NAV per unit. In the last five years, this discount has averaged 44% and was recently over 30%. Wind-up is the only way to realise that value in the foreseeable future.

2) Unless APW is wound up, there is a high risk that the historical discount to NAV will return and the price of APW units will fall heavily.

Prior to lodging our proposal to wind up APW, its units were trading at a discount to NAV of over 30%. After lodgement, the unit price rose 15%, reducing the discount to around 23%.

This recent improvement in value has nothing to do with AIMS’ management of the Fund – instead, it reflects the market’s expectation that our proposal might succeed in unlocking APW’s underlying value. As a result, we believe there is a high risk that APW units will revert back to a larger discount if our proposal does not pass at the EGM on 3 January 2017.

The effect of the discount to NAV is that if you wanted to sell your units at any time in the last several years, you would have received much less than the actual value of the trust’s underlying assets. A well -managed property fund would be expected to trade at or around its NAV as investors would reasonably expect to be able to trade their units at a price which reflects the underlying value of the assets. If a fund consistently fails to deliver this, then it can be argued that it is not fit for purpose and unitholders should have the opportunity to realise their investment and place their funds with a manager with a proven track record.

3) Reasons for the large discount and why it is likely to persist.

We believe there are four main reasons why APW units have consistently traded at a large discount to APW’s Net Asset Value:

i) APW is itself a mix of other property funds, resulting in two layers of fees and expenses between the unitholders and the underlying properties. This extra layer of fees and costs makes it harder for any investment trust to perform well. APW’s recent decision to stop charging management fees while continuing to be entitled to be reimbursed out of the assets of APW for the costs and expenses of AIMS key personnel managing APW doesn’t remove the problem.

ii) Around 71% of APW’s portfolio is invested in funds managed by AIMS, compared to just 18% in 2014. AIMS has chosen to invest swathes of the Fund’s money in single asset securities it manages such as the 100% owned Laverton site. This unnecessary, costly, and complex investment structure brings with it a lack of disclosure and transparency for APW unitholders. Two of these trusts publish no accounts, and there is no disclosure of the fees AIMS charges those trusts – being fees that ultimately come out of APW’s assets.

iii) AIMS has done almost nothing to close APW’s NAV discount. In the last three years, less than 1% of APW’s units have been bought back, a fraction of the 10% yearly maximum.

Buying back more units would have increased both the unit price and the NAV per unit, a strategy of significant benefit to unitholders. However, it would also have reduced the management fees payable to AIMS, perhaps explaining why AIMS chose not do so.

iv) Since AIMS became APW’s manager, its unit price has underperformed the A-REIT sector. That is despite APW’s one-off $15m windfall in 2014 from the litigation against TFML, which added 26% to APW’s value. That windfall will not be repeated, but we fear APW’s underperformance will be.

We see no evidence that any of these problems are about to disappear. The persistent deep discount on ASX is a statement by the market and unitholders that they do not believe AIMS will deliver value to you and the other APW unitholders.

4) AIMS has a major conflict of interest in recommending how you vote.

While you and other unitholders will benefit from winding up the Fund, AIMS will not benefit. In fact, the opposite is true – upon wind-up, AIMS may lose the management fees from the AIMS trusts in which APW has invested. Certain AIMS key personnel, possibly including George Wang, will lose the remuneration they would otherwise receive from APW under the new fees and expenses arrangement. Bear this in mind when you read their recommendation to vote against the wind-up proposal and their claim that “the Responsible Entity’s interests are fully aligned with the interests of Unitholders” – they are not.

5) It will be relatively easy to wind up APW.

If our resolution succeeds, we expect a rapid payout of about $0.77 per unit, with the balance promptly following. The initial rapid payout is from APW’s existing cash (at 30 June 2016) of about $0.29 per unit and listed securities worth about $0.48 per unit. AIMS manages the rest of APW’s assets, and APW is the largest unitholder of each of those assets, so AIMS should have no trouble selling them. The Australian commercial property market is very strong, so there will be no need for a fire-sale, even if APW is being wound up.

6) By winding up APW, there is a good chance you can increase your property trust income.

Who is Samuel Terry Asset Management?

This resolution has been proposed by APW’s largest independent unitholder, Samuel Terry Asset Management, whose fund owns 7.7% of APW and has been a unitholder in APW for over three years. We are one of Australia’s top-performing fund managers.

We and other unitholders have had many discussions with AIMS over the last three years about improving the Fund and its unit price, but these have achieved little. It is time for action!

Your vote is important

Inaction by unitholders and continuation of the current strategy may result in the Fund’s units continuing to trade at a large discount to NAV indefinitely. This is your opportunity to fix the situation, but to succeed, we need at least half of all eligible votes.

I look forward to your participation at the meeting and your vote in favour of the Resolution.

How to vote to support the winding up of the Fund

All unitholders should have received a proxy form from Computershare, the Registrars of APW. If not, please contact Computershare or our Information Line who will arrange to send you a proxy.

If you have already received a proxy form, all you need to do to vote for our proposal to wind-up APW is vote ‘FOR’ by marking that box ‘x’ and returning the form to Computershare by mail or fax. This means you are voting in favour of winding up APW in order to redeem your investment at NAV per unit (less costs).

Please note: For your vote to count, your proxy must be received by Computershare before 9.00am (AEDT) Sunday 1 January 2017. If you intend mailing your proxy, we strongly recommend you put your signed proxy form in the post by 23 December 2016.

Fred has worked in the stockbroking and funds management industry since 1981, starting in stockbroking in Sydney. From 1989-2003 he worked in London and Monaco as an investment analyst and fund manager. From 2000-2003, Fred ran the London office...