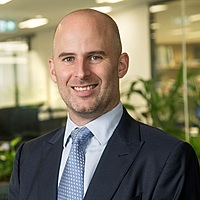 While the economic storm of the global financial crisis (GFC) raged in 2008/2009, Transurban’s portfolio of Australian toll roads continued to grow traffic volumes or had very muted declines. While it is easy to say Australia was far less affected by the GFC than the rest of the world, the resilience of urban toll roads (where traffic was far less impacted than many other forms of transport infrastructure) was repeated time and again across the globe, even in some of the more affected countries such as Portugal.

Today’s storm is of a different making – inflation and interest rates have ravaged markets while recession looms. However, it is the nature of urban toll roads and, by extension, the world’s largest urban toll road company, Transurban (ASX: TCL), that places them in one of the strongest positions as:

From an underlying traffic point of view, one of the reasons urban toll roads are so resilient is because of the variety of trip types they are used for. Contrary to common belief, prior to the pandemic a Transurban survey in Australia showed only 16% of respondents nominated commuting as the main reason they use toll roads. Urban toll roads allow people to move more easily around the cities they live in and hence traffic on these roads is usually more resilient to an economic downturn.

While today’s drivers are different, there are echoes of 2008 in where we stand today. In 2008, inflation in Australia was accelerating on the back of high energy prices (Brent Crude topped US$143 bbl in 2008) and rates were rising until the subprime crisis sent a chill through financial markets.

Today oil prices, inflation and rates are all elevated compared to recent history. However, we believe that Transurban is well placed to benefit from the inflation spike – 68% of its revenue has a direct passthrough of inflation with a further 4% being dynamic pricing (which captures inflation indirectly) – yet its costs are not increasing at the same rate. Most obviously, Transurban’s debt is largely fixed and the average debt tenor is seven years, with only around 11% of total proportional drawn debt to be refinanced in the next two years. This means Transurban is getting the benefit of the increased toll from the inflation spike through to the end of its concessions but is likely to pay only a limited amount more in financing costs if the central banks are successful in bringing inflation, and hence interest rates, back under control.

Some investors suggest that the company is not attractive because the yield is now similar to the Australian 10-year bond yield. While we appreciate yield is important for some investors, it should be remembered that yield is one component of shareholder return. At its simplest level, consensus estimates for FY2023 and FY2024 EBITDA growth are more than 10% p.a. With 98% of debt on a fixed interest rate over this period and with an average debt tenor of 7 years, we expect this to translate into even higher cash flow in the short to medium term. Even without this benefit, at a base level, if you assume that the yield remains stable at ≈3.8% and underlying cash flow is growing at > 10%, all else equal we expect that the total return from an investment in Transurban shares should be approximately 13.8%.

One thing investors often forget about Transurban is the significant option value inherent in the portfolio of assets that it has. For example, the existing portfolio of assets operated by Transurban includes several expansionary projects such as the widening of the M7 motorway in Sydney (project approval was announced in late December), the Gateway and Logan motorways in Brisbane, and bidirectional tolling on the I-95 and extension of the I-495 in Virginia, USA amongst others. Incumbency should also provide Transurban with a significant advantage in bidding for new projects in existing markets through scale and informational advantage and should afford it a privileged opportunity to craft solutions for government partners that are also accretive to shareholders, such as a toll increase on the M7 to partly fund NorthConnex.

To paraphrase Benjamin Graham, in the short term the market is a voting machine, in the long term it is a cash flow weighing machine. We believe that consistent growth leading to an ever-expanding weight of underlying cash flows will ultimately be reflected in the stock price.

Magellan believes that successful investing is about finding, and owning for the long term, companies that can generate excess returns for years to come. For more information visit our fund profile below.

Managed Fund
Magellan Infrastructure (Unhedged) Fund
Global Shares
View
........
Important Information: This material has been delivered to you by Magellan Asset Management Limited ABN 31 120 593 946 AFS Licence No. 304 301 (‘Magellan’) and has been prepared for general information purposes only and must not be construed as investment advice or as an investment recommendation. This material does not take into account your investment objectives, financial situation or particular needs. This material does not constitute an offer or inducement to engage in an investment activity nor does it form part of any offer documentation, offer or invitation to purchase, sell or subscribe for interests in any type of investment product or service. You should read and consider any relevant offer documentation applicable to any investment product or service and consider obtaining professional investment advice tailored to your specific circumstances before making any investment decision. A copy of the relevant PDS relating to a Magellan financial product or service may be obtained by calling +61 2 9235 4888 or by visiting www.magellangroup.com.au. Past performance is not necessarily indicative of future results and no person guarantees the future performance of any strategy, the amount or timing of any return from it, that asset allocations will be met, that it will be able to be implemented and its investment strategy or that its investment objectives will be achieved. This material may contain ‘forward-looking statements’. Actual events or results or the actual performance of a Magellan financial product or service may differ materially from those reflected or contemplated in such forward-looking statements. This material may include data, research and other information from third party sources. Magellan makes no guarantee that such information is accurate, complete or timely and does not provide any warranties regarding results obtained from its use. This information is subject to change at any time and no person has any responsibility to update any of the information provided in this material. Statements contained in this material that are not historical facts are based on current expectations, estimates, projections, opinions and beliefs of Magellan. Such statements involve known and unknown risks, uncertainties and other factors, and undue reliance should not be placed thereon. Any trademarks, logos, and service marks contained herein may be the registered and unregistered trademarks of their respective owners. This material and the information contained within it may not be reproduced, or disclosed, in whole or in part, without the prior written consent of Magellan.
save

Ofer Karliner joined Magellan in 2016 in the Infrastructure, Transport & Industrials Team, with responsibility for company analysis and portfolio management functions.Ofer was promoted to Portfolio Manager in 2017. Ofer has more than 20 years'...