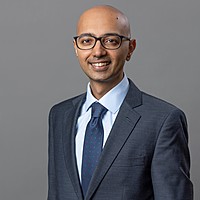 Life is often more unpredictable than we expect. Fires, pandemics, wars, and floods haven’t been ‘base-case’ scenarios for any supposedly ‘successful’ macro forecasters. Yet these events have shaped, and continue to shape, everyday lives and greatly affect our investment universe. At Allan Gray, we try not to obsess about changes in sentiment, the likely next share price movement, or the next fad. Instead, we scrutinise opportunities where catalysts for change are not obvious, but where the status quo is clearly unsustainable. In this Quarterly Commentary, we’ll therefore resist the temptation to contribute to the rest of the market noise. We will instead focus on Ansell Limited, a company we’ve recently added to the Allan Gray Australia Equity portfolio.

Ansell designs and manufactures personal protective equipment (PPE), primarily gloves, for use in the healthcare and industrial sectors. The company sells its products all over the world, with around 80% of its revenue coming from mature, steady-growth markets in North America, Europe, and Australia. The remaining 20% comes from less-mature but faster-growing emerging markets in Asia, Latin America, the Middle East, and Africa.

Ansell is the global leader in the hand protection market and holds either the first or second market share position in its markets. Figure 1 shows our estimate of the approximate split of its revenues from each of its markets.

The market for gloves can be divided into two categories: ‘differentiated’ and ‘commoditised’. The differentiated products require proprietary formulations of raw materials and manufacturing know-how, which are generated by investing in research and development (R&D) and innovation.

By contrast, commoditised products are produced using processes that are widely understood and easy to replicate. Most of the world’s commoditised gloves (basic exam gloves made from natural rubber latex or synthetic nitrile) are manufactured in Malaysia and Thailand, where the vast bulk of the world’s rubber plantations are found.

For Ansell, commoditised products constitute one fifth of its revenue (mainly in the exam and single-use segment) and, given their lower margins, make up even less than this as a share of profit. Ansell’s resulting focus on differentiated products is underpinned by a long history of sustained investment in its R&D and engineering capabilities. Importantly, Ansell manufactures its differentiated products themselves, unlike its main competitors.

What piqued our interest in Ansell?

Ansell was a ‘COVID-19 beneficiary’ when global demand for exam gloves skyrocketed. Orders for gloves far exceeded the global glove industry’s capacity to supply, which resulted in glove prices increasing by multiples of their pre-pandemic levels. This enabled Ansell to generate record profits in its 2021 financial year (FY21), as shown in Graph 1, and drove its share price to an all-time high of $43.51 in June 2021.

Ansell’s time in the sun was short-lived. In January 2022, the company released a trading update in which it downgraded its

In addition, there are concerns of substantial new capacity expansions in Malaysia, Thailand, and China. The excess supplies of exam gloves may dampen margins even more as the pandemic induced surge in demand subsides. And worse still, this new capacity might, in search of end markets, seek to compete with Ansell’s much higher-margin differentiated offerings e.g. surgical gloves.

Since its peak, Ansell’s share price has fallen over 40%.

Ansell’s market capitalisation is approximately US$2.5b. Once we add in its net debt of US$0.3b, we get to an enterprise value of US$2.8b.

In assessing how reasonable this price is, we can use management’s earnings guidance (which admittedly has been very wide of the mark recently), our estimate of normal earnings, or pre-pandemic earnings. Management’s earnings per share guidance range for FY22 implies earnings before interest and taxes (EBIT) of around US$230m to US$260m. The bottom end of this range is in line with our estimate of normal EBIT of US$230m (where ‘normal’ EBIT is what we estimate the business should earn in the absence of any pandemic-induced demand growth or pandemic-induced cost imposts). The company is therefore trading at an enterprise value multiple of 12 times normal EBIT or 14 times its FY19 EBIT of US$201m. By comparison, the broader market trades at an enterprise value multiple of around 13 times. For a company with organic growth prospects of 3% to 5% per annum and arguably a more resilient earnings stream than the broader market (sections of which have noticeably elevated earnings), this appears relatively attractive to us.

Graph 2 shows how we increased our investment after the earnings downgrade.

Could we get our fingers burnt?

In any investment that we make, we can never have perfect information. With Ansell, there are several factors that might not work out in our favour and there are several risks we must consider. We believe the most pertinent risks are:

All investments carry some risk

Capacity expansion plans are already being scaled back as the demand outlook softens. The defensibility of Ansell’s IP is difficult to assess and, while it hasn’t faced any serious threats thus far, it isn’t a guarantee that it won’t in the future. The incidence of labour exploitation could prompt customers to gravitate towards the most ethical glove makers, which would benefit Ansell. And while it might be difficult to recover sharp increases in raw material costs in the short term, history suggests that it should be feasible over the long term. Overall, we therefore aren’t unduly concerned about the risks.

Our best protection against these (and any other) risks is not to overpay. We believe that the share price currently compensates us for at least some of the risks that may materialise, which is why we feel confident that the upside in Ansell outweighs the downside over the long term.

A bird in the hand is worth two in the bush

An investment in Ansell stands in stark contrast to a few companies we can think of to which the market ascribes a similar enterprise value as Ansell and for which investor sentiment has been overwhelmingly positive over the past five years.

One such company is Altium (ASX:ALU), which develops software used in the design of printed circuit boards (PCBs). Products that contain PCBs range from everyday consumer electronics like smartphones, to more sophisticated applications such as aircraft electronics. Given the ubiquity of electronic products in our daily lives, the market for PCB software is forecast to grow at 5% to 6% per annum for the foreseeable future. Altium has 24% share of an estimated addressable market of US$750m.

Whilst Altium’s addressable market is growing at a similar rate to Ansell’s, Altium has been gaining market share, having grown revenues by 18% per annum in the seven years prior to COVID-19 and by 6% in FY21. With an enterprise value of US$3.2b (similar to that of Ansell) and EBIT of US$56m less than a quarter of Ansell’s) in its most recent twelve-month period, Altium trades at 57 times these earnings. Altium’s superior growth prospects warrant a higher multiple than the overall market multiple of 13 times. But is a multiple of 57 times justified? How does the upside and downside compare to Ansell?

If Altium were to grow at 18% per annum over the next six years (an incredible feat that only a handful of other Australian-listed companies have achieved) it would reach a market share of approximately 50% by 2028 (assuming the market continues to grow at 5% to 6% per annum). This would require it to aggressively win market share in a market in which four other players have 70% of the market between them. These incumbents are unlikely to cede their share easily and their attempts to defend their market share are likely to result in a compression of industry profit margins. And even if profit margins remain at current levels, Altium would trade at close to 21 times EBIT in six years’ time, and still be earning less than Ansell.

We prefer to invest in companies with lower downside risk

While it is possible that Altium could eventually demonstrate that it is deserving of its current lofty valuation, we would argue that the odds are stacked against it and the downside from here is potentially large.

Our preference is to invest in companies with less downside risk and which present a greater likelihood of a better-than expected outcome, as most of the bad news is already priced in.

In our opinion, Ansell falls squarely into this category.

Contrarian investing is not for everyone, however there can be rewards for the patient investor who embraces Allan Gray’s approach. Visit our fund profiles below to find out more.

The above wire is an extract from Allan Gray Australia’s March 2022 Quarterly Commentary, which you can read in full here.

Managed Fund
Allan Gray Australia Equity Fund – Class B
Australian Shares
View
........
“Equity Trustees Limited ABN 46 004 031 298, AFSL 240975 is the issuer of units in the Allan Gray funds. Our commentary on securities demonstrates the reasons for decisions made on behalf of the Allan Gray funds and our clients at the time of writing, which may change. This information is of a general nature, doesn’t take into account the objectives, financial situation or needs of any individual and may not be appropriate for you or your client. Read the relevant disclosure documents before making any investment decision. Target Market Determinations (TMDs) for the Allan Gray products can be found at allangray.com.au/PDS-TMD-documents. Each TMD sets out who an investment in the relevant Allan Gray product might be appropriate for and the circumstances that trigger a review of the TMD. Please read the Fund’s most recent Product Disclosure Statement and Information Booklet (together PDS) before deciding to invest in the Funds. A copy is available from https://www.allangray.com.au/b/forms-documents. Past performance is not a reliable indicator of future performance, and there are risks with any investment.”
Follow Sudhir Kissun’s wires
save

Sudhir holds an MSc (Chemical Engineering) from the University of Natal (Durban) and is a CFA Charterholder. Before joining Allan Gray, Sudhir spent five years in senior corporate roles, as head of strategy at Mutual & Federal and principal...

C
Captain Winklewand
25th Apr, 22
Thanks for the write-up Sudhir. I always appreciate insights from Allan Gray and Orbis.

Get investment ideas from Sudhir Kissun when you sign up to Livewire Markets.